The victory at Xcel Energy Center restored a sense of normalcy to United (17-8-2), which reached the state tournament under the most unlikely of scenarios.

The team, a co-op of St. Paul Academy and Visitation, was given an automatic berth after Achiever Academy withdrew from the playoffs just hours before the Section 4 title game.

Officials from Achiever Academy, an online private school which offers intensified hockey training, had been meeting with the Minnesota State High School League trying to resolve eligibility questions about as many as six girls.

Some called for the section tournament to be replayed rather than allow United to advance.

“Regardless of how you get here, you get here,” Hallett said. “We’re going to continue to prove ourselves because we truly deserve to be here. I believe that with my whole heart.”

Hallett answered with a shot from the point that deflected off a Mirage player’s stick and gave United a 4-2 lead. 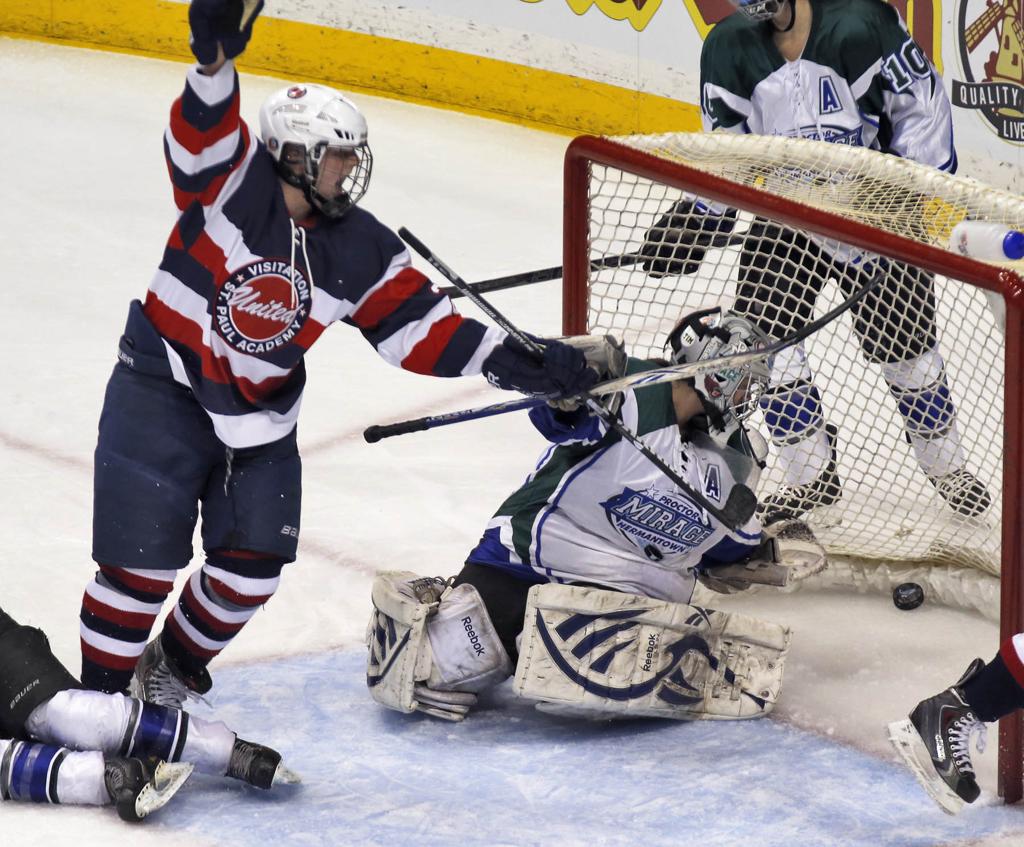