Hill Murray hopes to ride a stifling defense to its first girls’ hockey state championship this season after losing to Minnetonka in last year’s title game.

So after taking a three-goal lead in Thursday’s Class 2A quarterfinals, the Pioneers were admittedly concerned when Burnsville scored its first goal.

But senior defenseman Brittney Anderson answered with a goal 22 seconds later, and the Pioneers held on for a 4-1 victory at Xcel Energy Center.

The No. 2-seeded Pioneers (24-3-1) didn’t register a shot on goal for the game’s first seven minutes but wound up outshooting the Blaze 43-11.

Burnsville (21-8) had hope when Paige Skaja scored off a nice pass from Lindsey Coleman to make it 3-1 late in the second period.

“The bench went nuts, our fans went nuts, and boom, they answered back,” Burnsville coach Tracy Cassano said. “I think that’s a testament to their depth and also their experience. The fact they’ve been here the past couple years, I think it showed.”

Jess Bonfe, Rebecca Zarembinski and Kenzie Prater scored as Hill Murray built a 3-0 lead early in the second period. Goaltender Leah Patrick and the defense did the rest. The Pioneers have allowed just eight goals in their past 10 games.

“That’s definitely a strength of our team, and we rely on that,” Pioneers coach Bill Schafhauser said. “I thought we were a little bit tight at the beginning, but I was really pleased as the game progressed.” 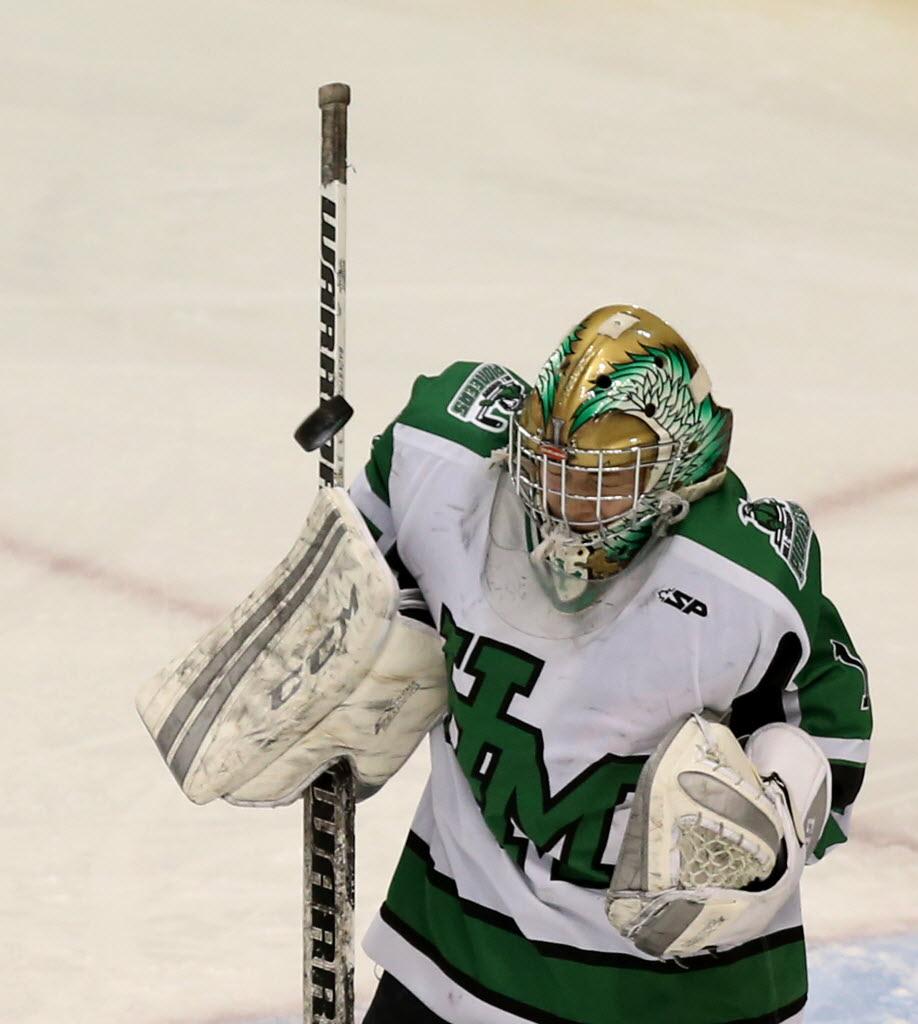 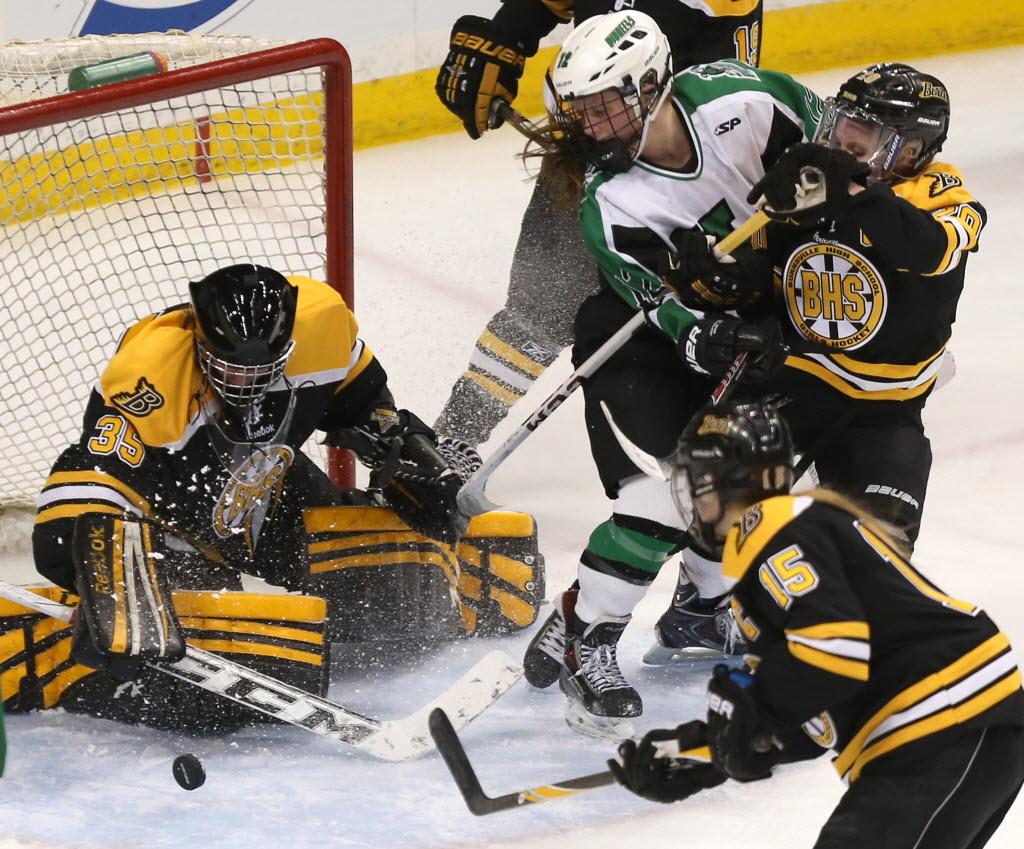