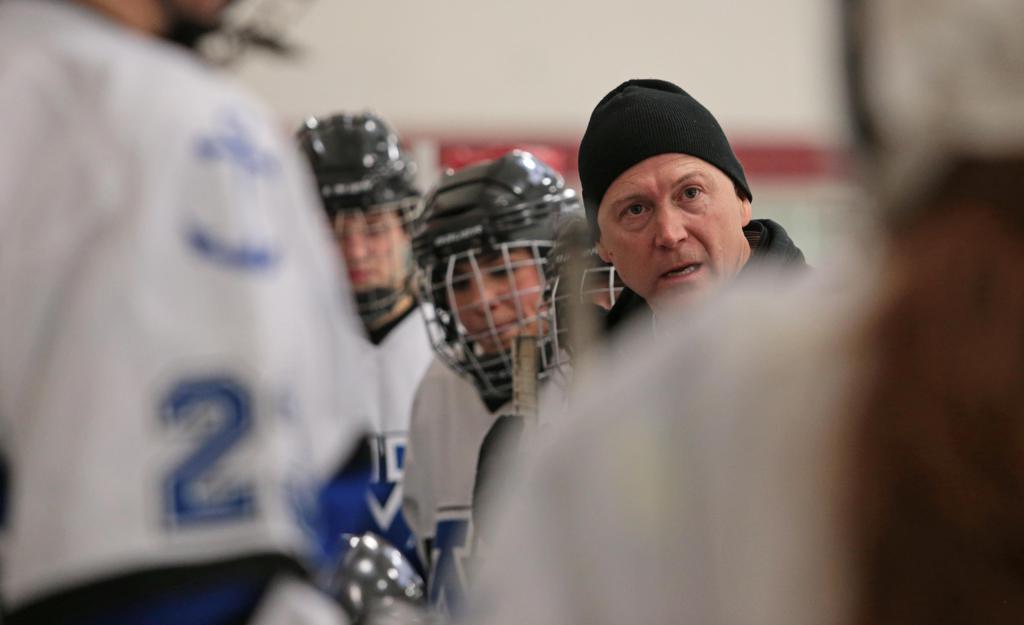 Minnetonka coach Eric Johnson, in a December 2017 game against Eden Prairie at the Mid-Winter Meltdown. Photo by Cheryl Myers

“I knew there was an awesome crop of players coming up and that the program had a strong future,” he said.

Johnson stepped down last week after 14 seasons citing a desire to spend more nights and weekends with his wife and three hockey-playing sons.

“I always took it year-by-year and I saw myself coaching maybe five years or at most 10 years,” Johnson said. “I never expected to go 14 years.”

Johnson, a 1991 graduate of Armstrong High School who played hockey at St. Cloud State, said he plans to remain involved in the Minnetonka youth coaching ranks.

“It’s been all good,” Johnson said of the feedback regarding his departure. “People have said it’s a great decision and thanked me for my time with the program. I don’t see it as goodbye. I’ll still be around.”

Minnetonka returned to the state tournament this season after a four-year absence.

“Was it important to end my time on an uptick? Not as much as the fact that the youth program remains strong,” Johnson said. “There are 275 girls playing youth hockey in Minnetonka. It’s not a matter of if they go to state, it’s a matter of when.