The season kicks off on Nov. 7 with a matchup featuring top teams in both classes. 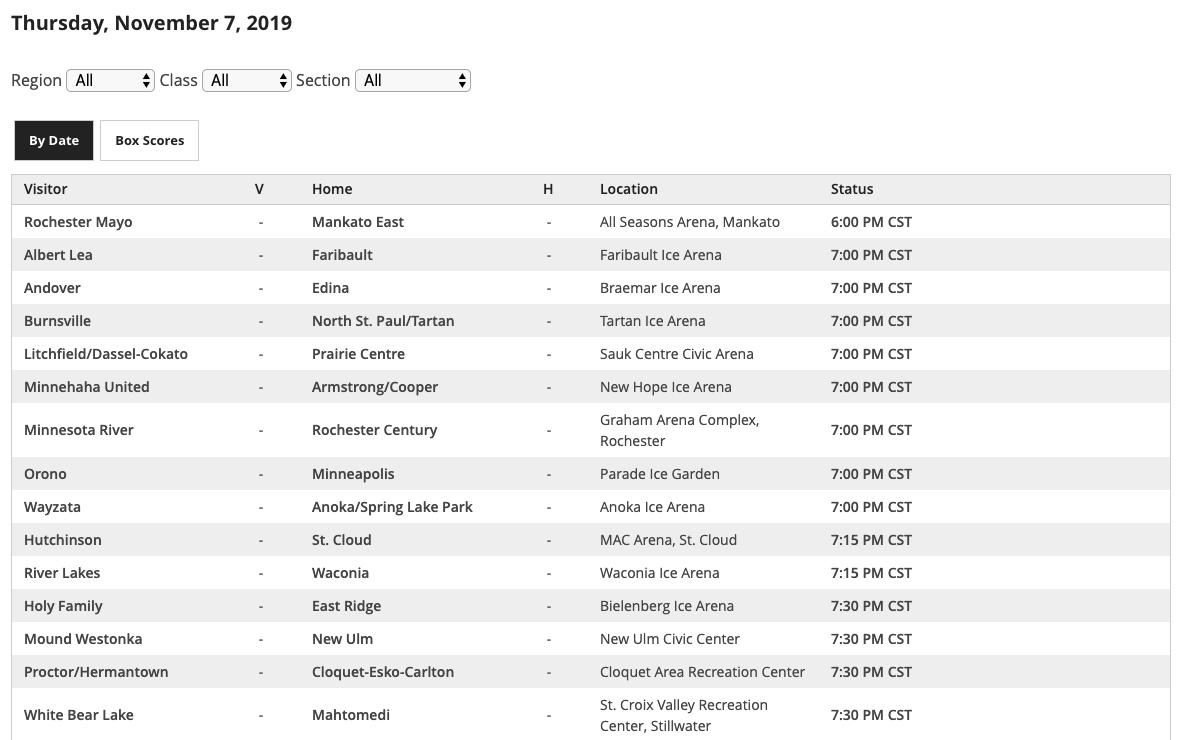 We're less than two weeks away from the start of the 2019-20 Minnesota high school girls' hockey season. On Nov. 7, 15 games will take place across the state, including a marquee matchup between programs that contended at state last season.

At 7 p.m., three-time defending Class 2A champion Edina launches its season against Andover. While the Hornets took home the tourney hardware last year, the Huskies were in the mix, losing 3-2 to Brainerd/Little Falls in overtime during the semifinal round.

Also on opening night, Proctor/Hermantown and Cloquet-Esko-Carlton face off in a battle between northern Class 1A teams. These squads both compete in the Lake Superior Conference and in Class 1A, Section 7, so there's more on the line than just pride and wanting to get the season started with a victory.

Throughout November and December, there are a number of intriguing nonconference matchups, including when Class 2A runner-up Brainerd/Little Falls treks to the metro on Nov. 16 to face Blake, which looks to make its first Class 2A state tourney appearance since moving up two seasons ago. Before opting up, the Bears made five consecutive trips to the Class 1A state tournament from 2013-2017.

After the new year, Edina will duel Class 2A, Section 6 foe Blake on Jan. 4. This game has become an annual clash of the titans as these two teams have spent most of the past two seasons near, or at the top, of the Class 2A coaches' poll.

January looks packed with intriguing league contests, especially in the Lake Conference, which is stacked with top-end Class 2A talent. Minnetonka and Wayzata, which both finished last season in the top-10 rankings, duel on Jan. 4.

Click here to view the full schedule, or go to the "Search" box at the top right corner of the page and type the name of your favorite team into "Team Finder" for that team's specific schedule.

If your team's schedule isn't posted or needs updating, send the necessary information to scores@sportngin.com.