Led by Tracy Cassano, the Skippers are 4-0, getting goals from 11 players. Plus a new north metro co-op, state rankings and nine Minnesotans picked for Team USA. 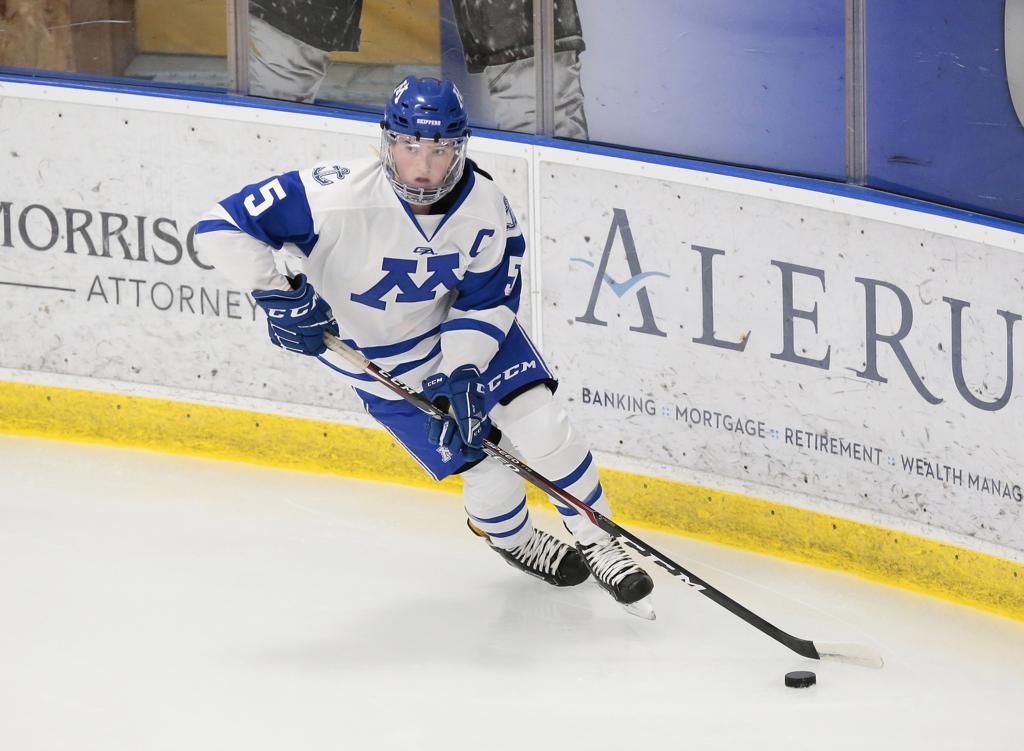 Rory Guilday of Minnetonka, who has helped the Skippers to a 4-0 start this season, is one of nine Minnesota high school players selected to the U.S. U-18 women’s national team. Photo by Cheryl A. Myers, SportsEngine

Tracy Cassano spoke of “squeezing all the juice from the lemon” in terms of getting everything possible out of players at previous coaching stops in Chaska/Chanhassen, Rosemount and Burnsville.

Now coaching at Minnetonka and off to 4-0 start, Cassano was reminded of the luxury of holding a plum job. She always had some really talented players. Now there’s more of them.

Cassano praised “the quality of the depth” on the roster for sprinting off the mark. Minnetonka outscored Roseville, Lakeville North, Roseau and Warroad by a 32-4 margin.

“We’re a confident team right now,” Cassano said. “Players work hard and work together. We talk about, ‘Don’t give up the ship,’ which means, lay it out there for your teammates. And this is an unselfish group.”

Leading scorer Lacey Martin (10 goals) posted hat tricks against Roseville and Warroad. But goals have come from 11 players. Rory Guilday and Lisa LaRoche, though yet to score goals, have combined for 11 assists.

On the back end, goalie Brynn Dulac shut out the Skippers’ first three opponents — “We told her it was a hat trick of shutouts,” Cassano said — and didn’t allow Warroad to score until Minnetonka had built a 4-0 lead.

“We’re trying to keep this a powerhouse program year after year,” Cassano said.

The Anoka and Spring Lake Park girls’ hockey programs merged this season, the latest in a variety of partnerships to help with low numbers.

Andover began this week ranked No. 1 in the Let’s Play Hockey magazine coaches’ rankings. The Huskies opened their schedule with a defeat of three-time defending Class 2A champion Edina for the second consecutive season.

Blake is No. 2 and its Section 6 nemesis Edina in No. 3. Minnetonka, Forest Lake, Wayzata, Hill-Murray, North Wright County, Maple Grove and Eden Prairie complete the top 10.

Top-ranked Andover travels to Minnetonka on Saturday. The Huskies also play host to Forest Lake on Dec. 12 in what should be a Section 7 final preview. And Blake gets to measure itself against Edina at home on Jan. 4.

Section play begins the week of Feb. 3. The state tournament is Feb. 19-22 at Xcel Energy Center.

The team will play in the IIHF U18 Women’s World Championship Dec. 26-Jan. 2 in Bratislava, Slovakia.