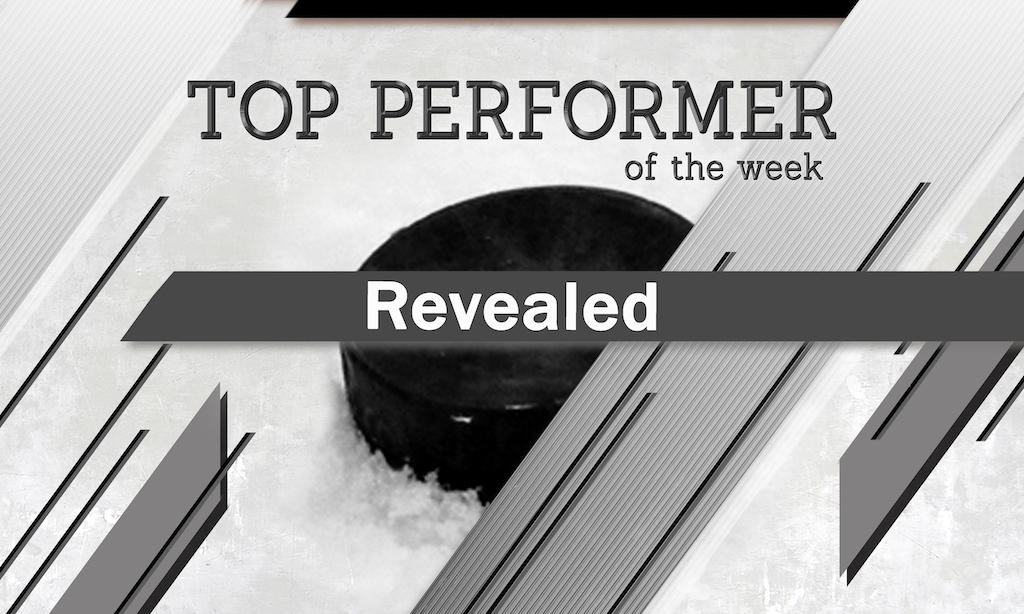 Kamryn Van Batavia, Luverne. The freshman forward produced back-to-back multi-goal games as she led the Cardinals to two wins last week. On Dec. 17, the Cardinals defeated Windom 5-2 with Van Batavia scoring two goals and adding two assists. Then at Waseca on Dec. 20, she recorded a hat trick — her first since early November. One goal each game was on the power play.

Kessey Aljets, Worthington. The sophomore forward led the Trojans’ three-win week on offense with eight points. Against Fairmont on Dec. 17, Aljets scored once and added two assists in the 3-2 win. At Rochester Mayo on Dec. 20, she scored back-to-back second-period goals before finishing the week the next night with a hat trick, scoring all goals — once shorthanded and once on a power play — during the third period of the Trojans’ 5-1 victory at Rochester John Marshall.

Kaylie Baerg, Windom. The freshman goaltender recorded a .974 save percentage during the Eagles’ 2-1 defeat of Mankato West, making 37 saves.

Emma Conner, Edina. Conner helped extend Edina's win streak to 12 games, tallying nine points in three games as the Hornets outscored their opponents 13-3. The junior forward recorded a hat trick and an assist in the 4-1 win against Buffalo on Dec. 17. As the Hornets shut out Forest Lake 5-0 on Dec. 19, Conner assisted on three goals, including one on the power play. Conner then recorded two assists, including one on the power play, to finish the week during the Hornets’ 4-2 triumph over North Wright County.

Hannah Corneliusen, Warroad. The state’s leader in goals (30) and points (44), Corneliusen scored five goals as the Warriors defeated Thief River Falls 7-1. The senior forward, who is averaging 3.14 points per game this season, scored two of her goals on power plays.

Kate Holtz, Austin. Holtz tallied five points as the Packers defeated Windom 5-4 in overtime on Dec. 21. With the Packers down 3-0 late in the second period, the sophomore forward recorded an assist followed by a goal in less than a minute to cut the deficit to one goal by the end of the second. In the third period, Holtz scored back-to-back goals in just over one minute to give the Packers a temporary lead. After Windom tied the game in the third and sent the game to extra time, Holtz scored the game-winner in overtime.

Emma Klenken, Marshall. The junior goaltender earned two wins for the Tigers last week, stopping 31 shots in a 3-2 win at Worthington on Dec. 16 and shutting out Mankato East/Loyola — her first shutout of the season — as she made 34 saves in the 2-0 win on Dec. 21.

Olivia Mobley, Breck. Mobley scored more than half of the Mustangs’ goals in the 11-2 rout of Orono on Dec. 21. Mobley, a senior forward, recorded six goals in the win. She scored four goals in the first period alone — the second on a power play — before scoring once more in each the second and third periods. Mobley is averaging nearly three points per game for the Mustangs this season and ranks second in the state in goals (26) and third in points (38).

Avery Stilwell, Litchfield/Dassel-Cokato. The junior goaltender had a solid week in net as she made 118 saves in 110 minutes of playing time. The Dragons tied Mound Westonka 1-1 on Dec. 17 as Stilwell made 67 saves — 57 more saves than her opposing goaltender made — before she backed a 2-1 win at River Lakes three days later behind a 51-save performance. Stilwell ranks second in the state with a .957 save percentage.

Abbie Thompson, Mounds View. The junior goaltender and the Mustangs shut out Cretin-Derham Hall 1-0 on Dec. 20 behind Thompson’s season-high 63 saves—more than triple the amount of shots her team produced on offense.

Kamryn Van Batavia, Luverne. The freshman forward produced back-to-back multi-goal games as she led the Cardinals to two wins last week. On Dec. 17, the Cardinals defeated Windom 5-2 with Van Batavia scoring two goals and adding two assists. Then at Waseca on Dec. 20, she recorded a hat trick — her first since early November. One goal each game was on the power play.