The Royals hadn't beaten the Raptors since the 2011-12 season, despite playing each other in two league games every season. 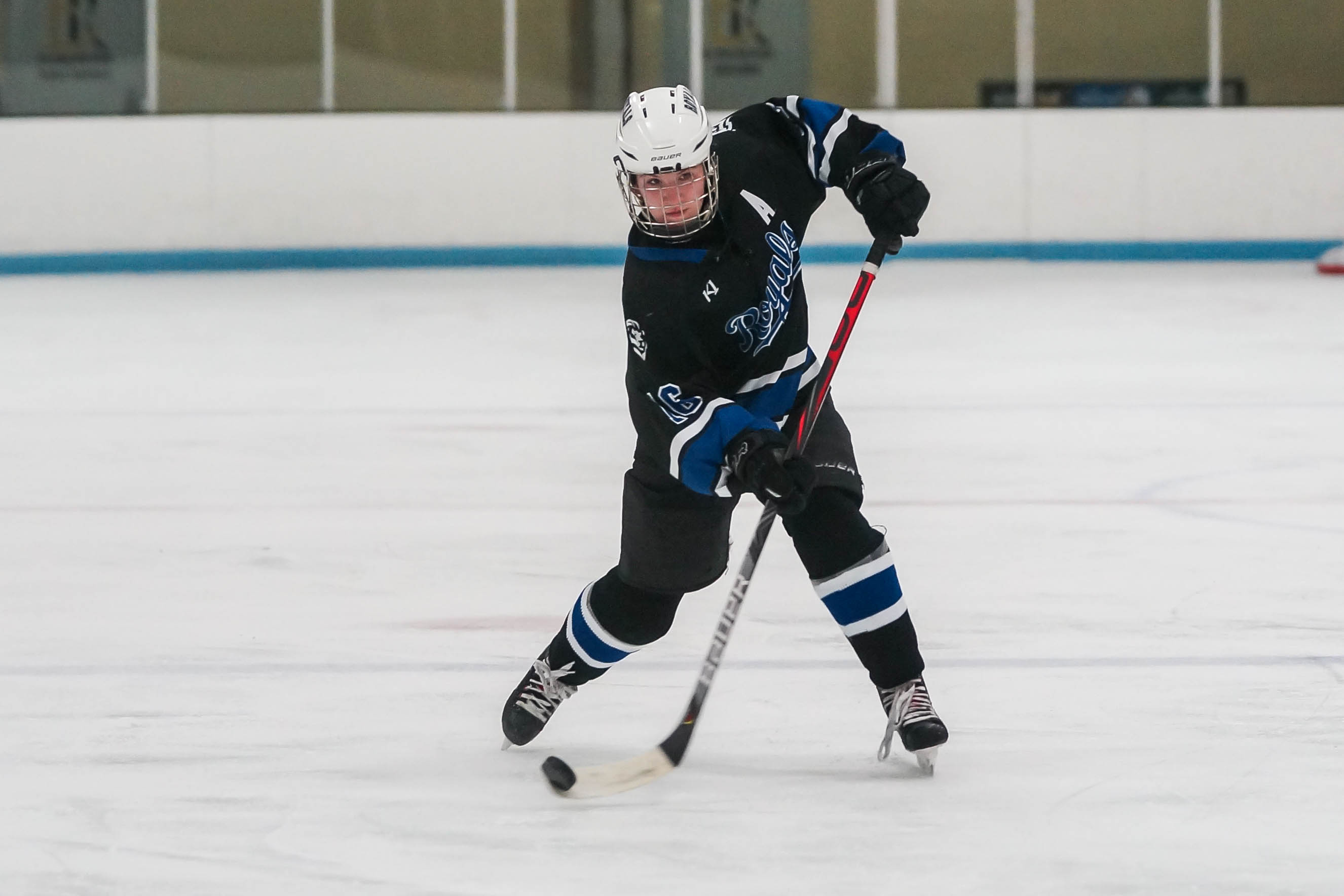 Woodbury's Amelia Karelitz with a shot from the point that ended up in the back of the net to open up the scoring Saturday against East Ridge. Karelitz's Royals beat the Raptors 2-1. Photo by Korey McDermott, SportsEngine

East Ridge had given no quarter to intracity rival Woodbury for the better part of a decade, as the Royals hadn’t beaten the Raptors since the final game of the 2011-12 regular season.

“East Ridge is always a tough game and big rivalry for us,” said Woodbury coach Tony Scheid. “When you are off for 14 days, you wonder if you will come out flat and it takes a game for you to get back into it. But right from the get-go, the girls were firing on all cylinders.”

After nearly a decade of losing to their Suburban East Conference rivals, and just four days into the 2020s, the Royals (8-6-2, 5-4-1) finally found the winning touch in front of an evenly split crowd.

“It feels really good,” said Royals senior forward Elizabeth Lange. “We came together, had fun, and it was a celebration of how far we’ve come, even since the last time we played [East Ridge].”

The teams last played each other on Nov. 19, a tilt that resulted in a 3-1 Raptors’ victory. 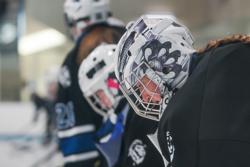 Though the first period of Saturday’s contest was scoreless between the two teams, it seemed to be just a matter of time before the Royals would break through. Outshooting the Raptors (7-8-0, 6-4-0) 10-3, and giving their opponent essentially zero offensive zone time, Woodbury seemed in charge.

A late-period power play gave the Royals a chance to get on the scoreboard in the first period, but like the first time the teams played each other this season, neither team was able to solve the opposing goalie early on.

“We worked really hard at practice,” Lange said. “We built trust in each other, and we came out and put that trust out there.”

Both seniors, East Ridge goalie Emerald Kelley and Woodbury goalie Anna Julius, who each finished with 29 saves, matched each other shot for shot until 11:31 into the second, when a shot from Woodbury senior defender Amelia Karelitz was well-screened out in front of East Ridge’s net and flew past Kelley to give the Royals a 1-0 advantage.

“The first goal in a game like this is huge,” Scheid said. “It was a great shot by Amelia and I don’t think their goalie ever saw it. Great job by her to get it on net.”

East Ridge, however, found its footing after the first period and finished the second period with 19 total shots.

When it seemed like the Royals would end the second period with a one-goal lead, a rush down the ice by Woodbury senior defender Isabel Lippai and junior forward Hayley Zwakman ended with the puck on Zwakman’s stick, and she managed to fire a shot that bounced into the net off the far goal post for a 2-0 Woodbury lead.

“That was a confidence goal,” said senior forward Elizabeth Molnau. “Especially with it coming in the last couple seconds, that was big.”

It seemed as though the Woodbury crowd agreed. With every shot on the East Ridge net, and with every blocked shot or nice defensive play in their own end, the Royals’ faithful got louder and louder, urging their team on.

Only Raptors senior forward Fiona Claugherty’s power-play goal with a little over three and a half minutes left gave the East Ridge fans something to cheer for as the clock counted down.

“It shows how we’ve improved on both sides of the puck,” Molnau said. “We can beat anyone if we come to the rink and come out and play like this.” 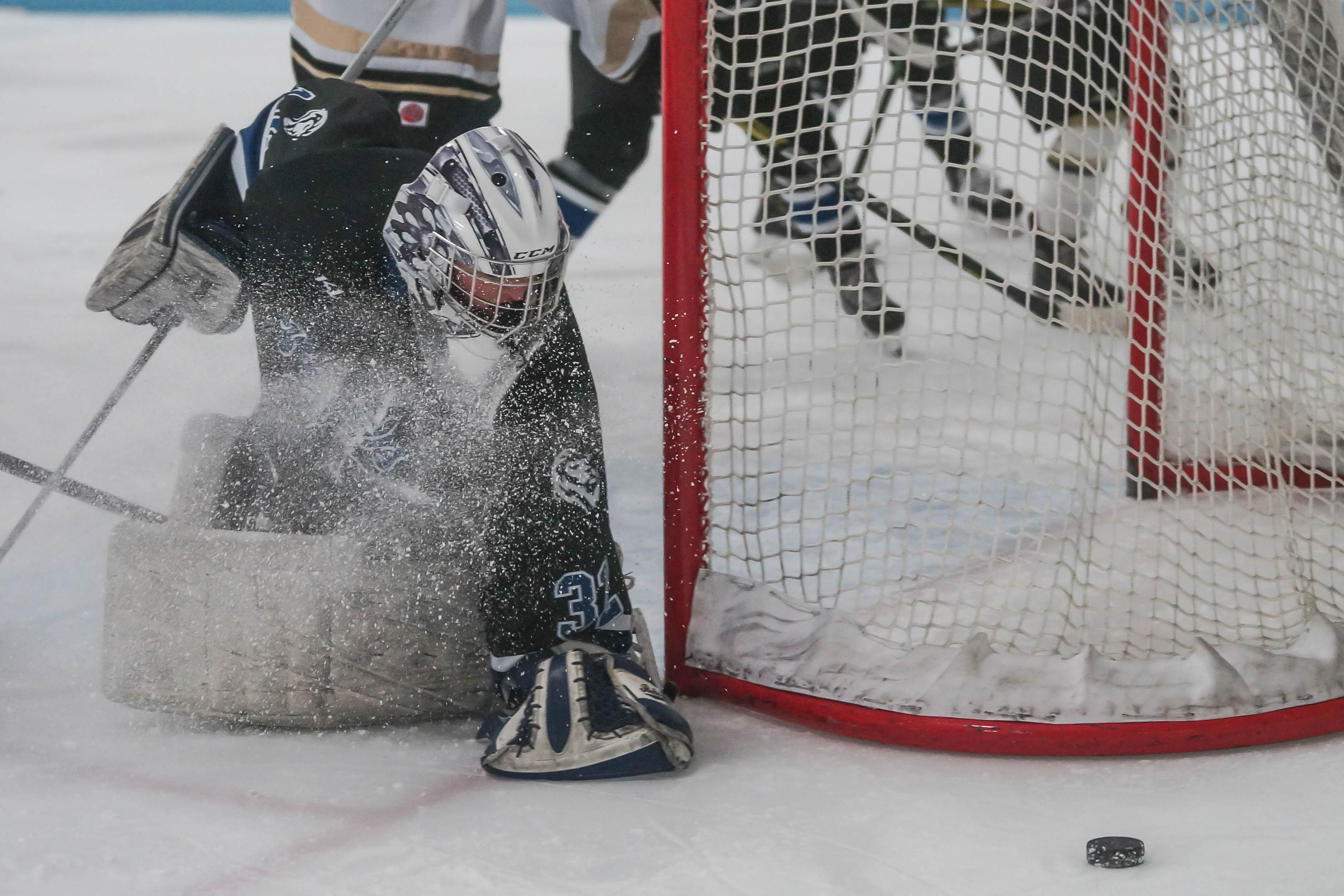 Woodbury defeated Suburban East Conference terror East Ridge 2-1 at HealthEast Sports Center’s West Rink in Woodbury on Saturday, giving the Royals the Golden Plunger trophy and their first victory over the Raptors since the final regular-season game of the 2011-12 season.

Both of Woodbury’s goals came in the second period. Senior defender Amelia Karelitz beat East Ridge senior goalie Emerald Kelley, who finished with 29 saves, with a shot from the point for the first goal. Isabel Lippai, a senior defender, made a great pass to junior forward Hayley Zwakman, who hit the inside of the far post and got a favorable ricochet with seconds remaining in the period to give the Royals (8-6-2, 5-4-1) their second tally.

East Ridge (7-8-0, 6-4-0) got a power-play goal from senior forward Fiona Claugherty, her team-leading 26th goal of the season, with 3:35 remaining in the third period, but even the post-goal surge wasn’t quite enough for the Raptors to keep their winning streak going against their intracity rivals. 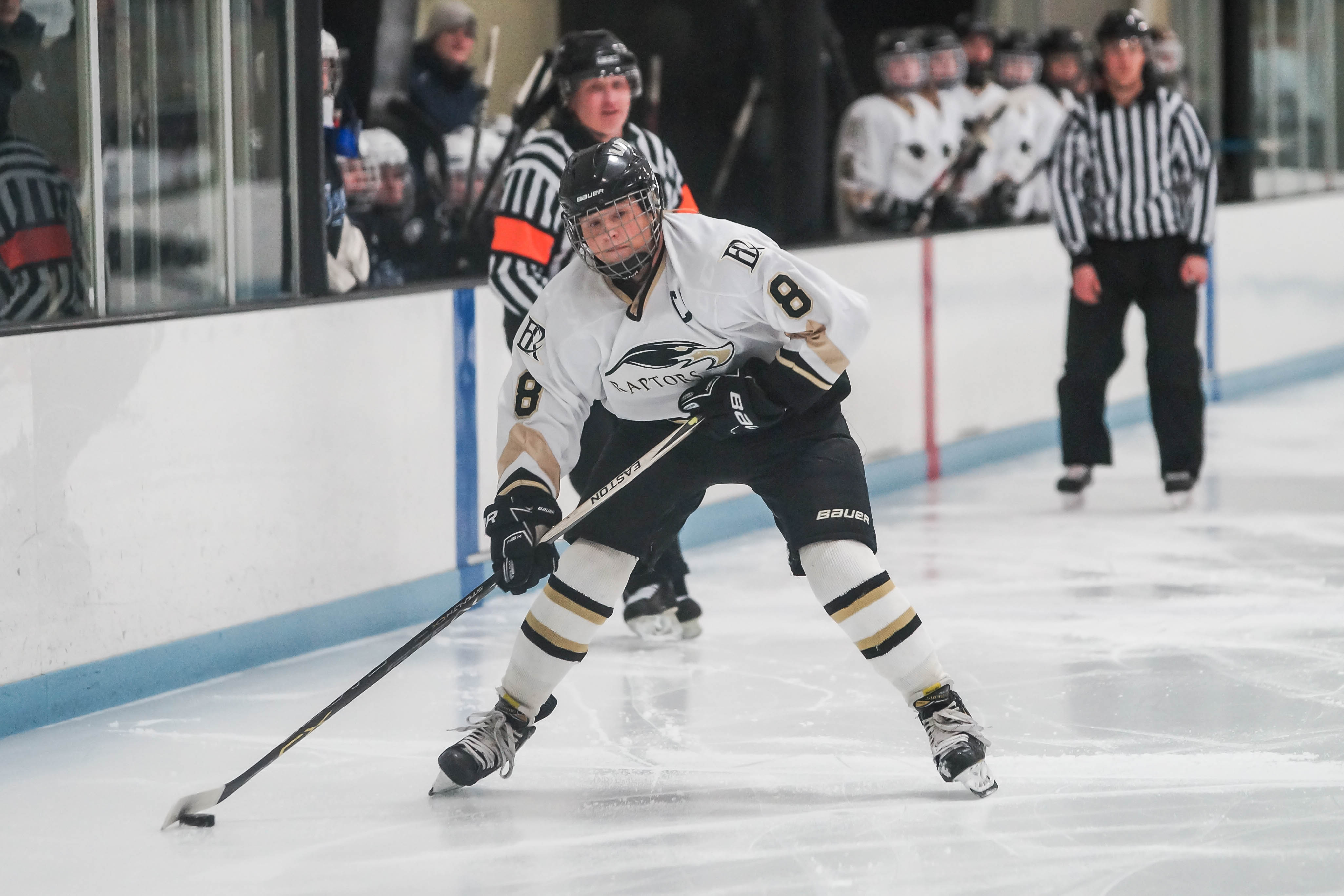 East Ridge's Fiona Claugherty (8) had the Raptors' loan goal in a 2-1 loss to Woodbury on Jan 4. Photo by Korey McDermott, SportsEngine