The Tigers' third line secured the win after Makenna Kadrlik tipped in a shot from Madison Kadrlik in the first period. 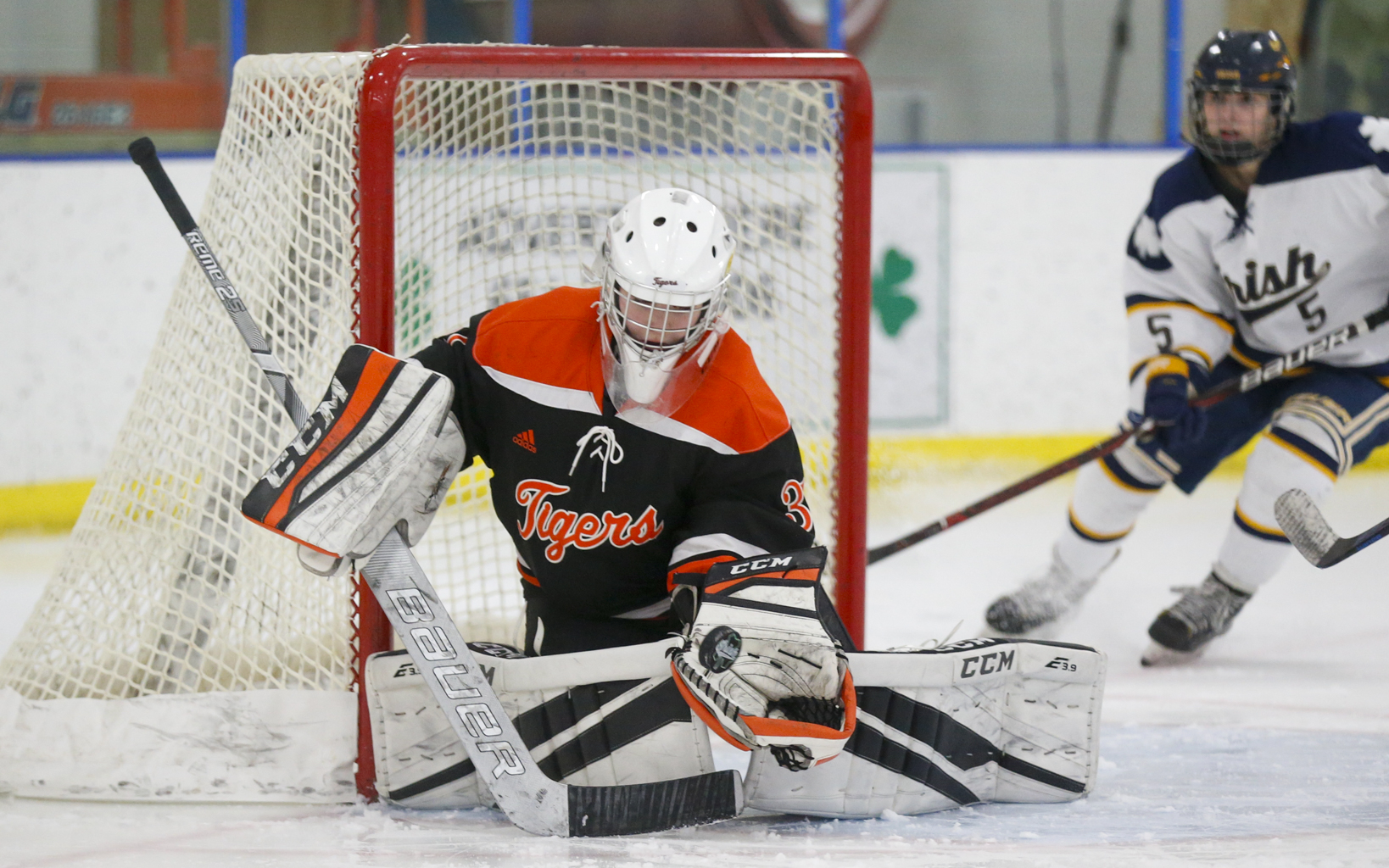 Farmington's Ryleigh Furlong (31) handles a rebound against Rosemount Saturday afternoon. Furlong notched a 17 save shutout in the Tigers’ 3-0 victory over the Irish in Rosemount. Photo by Jeff Lawler, SportsEngine

A little consistency in some areas was what Farmington sought in its regular-season finale at Rosemount. The Tigers more or less got that, and a win, to boot as they try to build momentum toward another state tournament run.

Farmington was a little short handed, but earned its first shutout win of the season, a 3-0 South Suburban Conference victory against Rosemount on Saturday. With the playoffs now just a few days away, it was a nice final bit of preparation for the Tigers.

“Knowing that we’ve got players who are committed and ready to go for playoffs, who are young, but they have experience,” said Farmington coach Jon Holmes. “Only two seniors on the team is tough, but in terms of them having experience from last year, all of them do. So they know what it’s like. We know what it takes to get back.”

Farmington (15-10-0, 11-7-0) won the Class 2A, Section 1 championship last year and took the consolation title at Class 2A state. Last season, Claire Enright and Sam Moehle did most of the goal scoring, combining for 51 goals. Moehle had two goals against Rosemount Saturday, her eighth and ninth of the season. And while Enright leads the team with 13, she’s also done for the season after hip surgery — an injury that limited her to a handful of shifts per period on the blue line each game.

But despite a lack of headlining production from any one player, the Tigers have nine players with at least 10 points, and a balanced attack helped them to a third-place finish in the conference.

“Last year it was a lot of the same people scoring, and this year it’s more of a team effort, team assists and everyone’s getting goals and assists,” Moehle said. “We’re working really well together.”

It was the third line that got Farmington started against Rosemount (10-15-0, 7-11-0), as Makenna Kadrlik tipped in a shot from Madison Kadrlik for a 1-0 lead late in the first.

“That’s huge,” Holmes said. “Our third line got our first goal today, and before the game started, that was our conversation that I had with them, is the idea of, imagine how much of a spark it is if you can score? If you can score — and we’re only usually asking you to go out there usually to play good, solid in the defensive zone — and you can score, that’s a bonus.”

The Tigers worked on trying to get more out of their transition play against the Irish, and while none of their goals came in those situations, they were able to generate some looks toward net on rushes.

The trick now is to add those improvements to the overall picture. Farmington is likely the second seed in Class 2A, Section 1 behind Lakeville South, a team the Tigers split two games with this season. Farmington split series with five South Suburban opponents this year, including three against teams it finished ahead of in the table. But the Tigers also have a recent 4-1 win over a good Hill-Murray team on Jan. 23. So now, it’s just putting it together again for a three-game stretch.

“We’re feeling really good, especially since we’re probably going to be a higher seed this year again,” Moehle said. “We’re gonna keep working hard and grinding it out in practices and games, and gonna try to go back to state again this year.”

“Like any solid golfer, you’re trying to get that mental mindset going, channel those memories from last year, channel the times that it got scary and we dug deep, did what we had to do to win,” Holmes said. 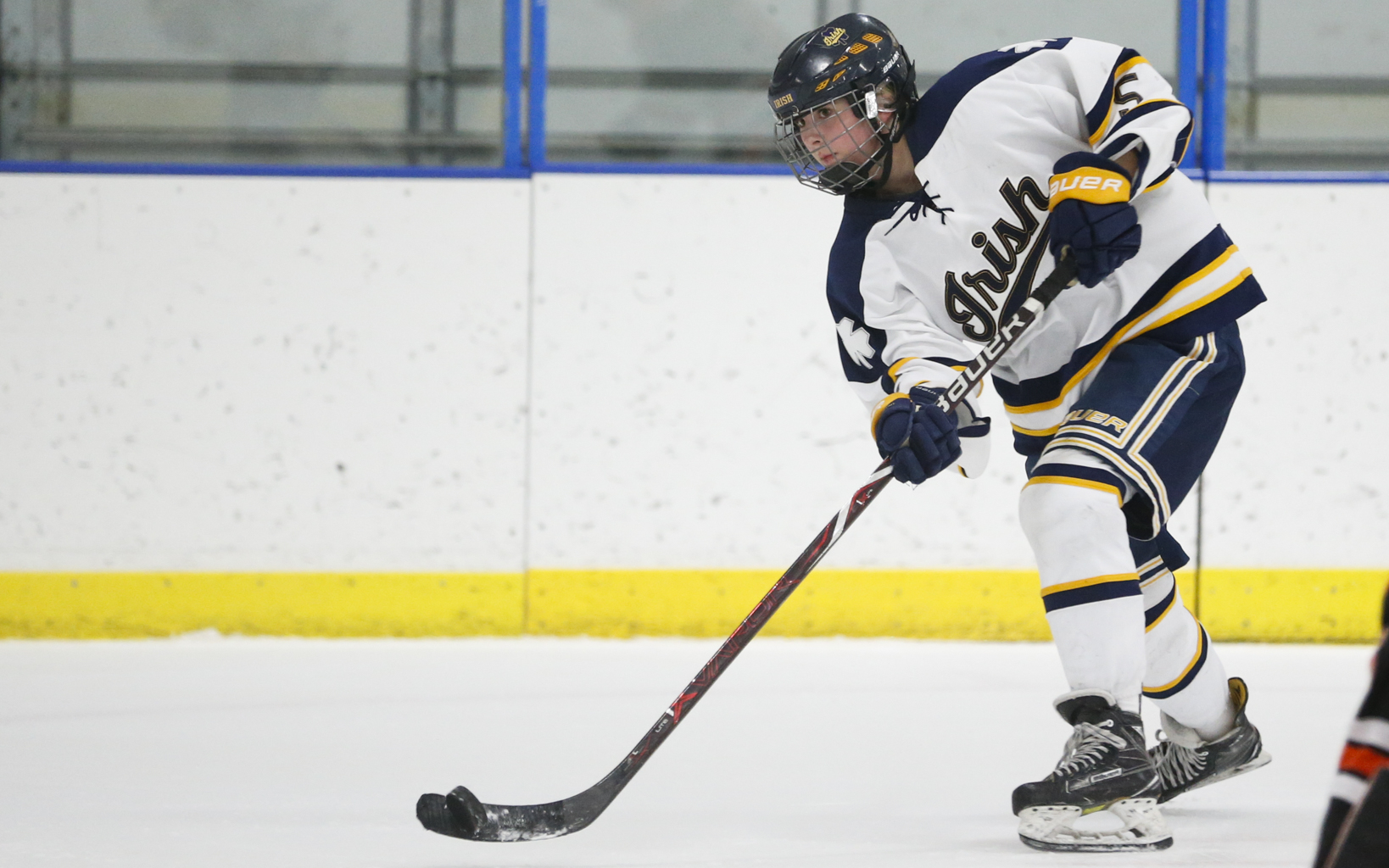 Rosemount's Ava Nygaard (5) fires a shot on net against Farmington Saturday afternoon. The Irish fell to the Tigers 3-0 in Rosemount. Photo by Jeff Lawler, SportsEngine

A late first-period goal held up for Farmington as it defeated South Suburban Conference foe Rosemount 3-0 on the road Saturday in the regular-season finale for both teams.

Makenna Kadrlik tipped in a shot from the point by Madison Kadrlik for a 1-0 Farmington lead 10 minutes, 4 seconds into the first period. Sam Moehle pounced on a loose puck in the slot and scored at 13:43 of the second to put the Tigers up 2-0. She added an empty-net goal in the third.

Irish goaltender Bridget Heffron made 21 saves on 23 shots. Farmington’s Ryleigh Furlong stopped all 17 shots she saw for her first shutout of the season. 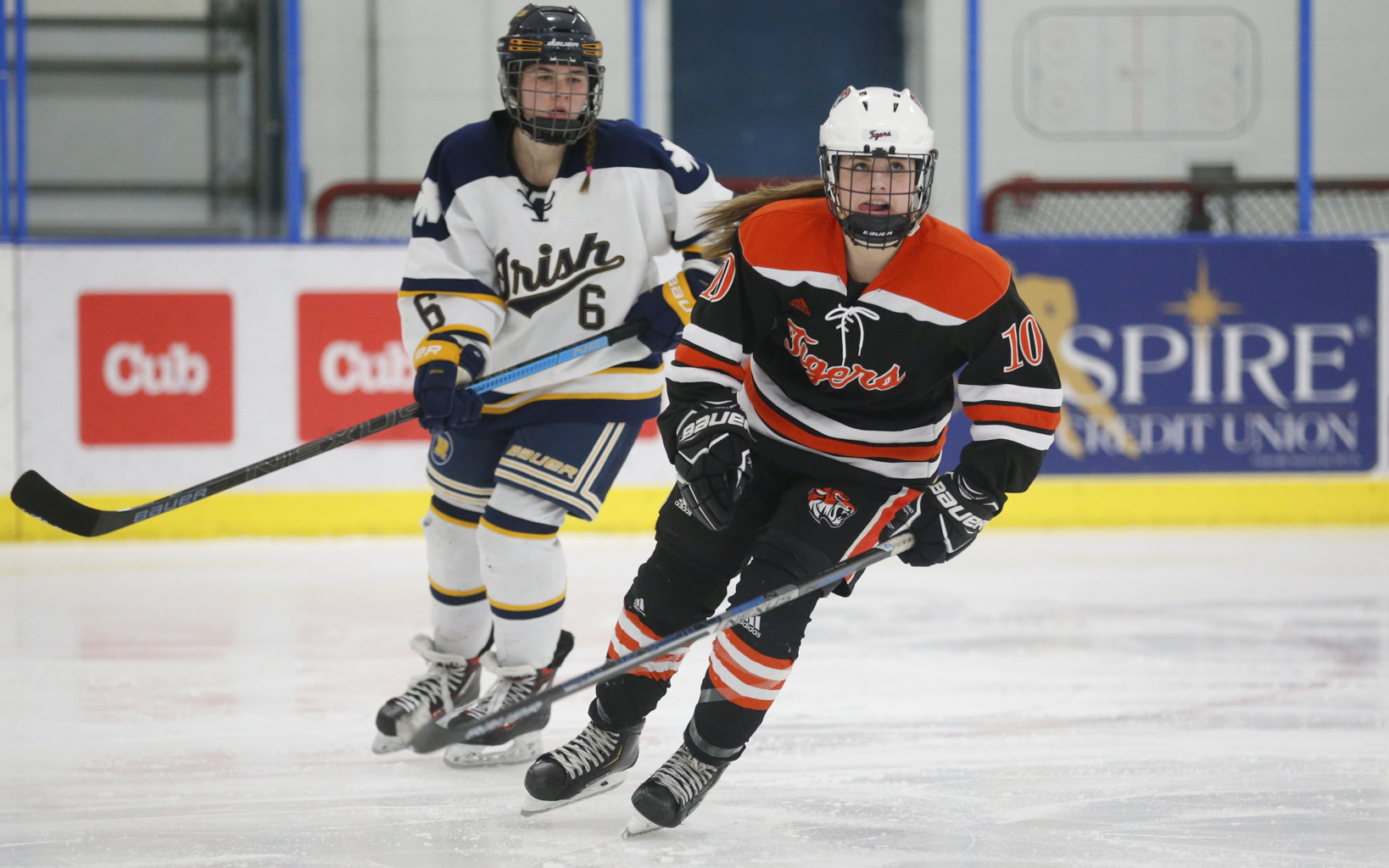 Farmington's Sam Moehle (10) watches the play in the corner against Rosemount. Moehle had two goals in the Tigers’ 3-0 victory over the Irish Saturday afternoon in Rosemount. Photo by Jeff Lawler, SportsEngine