Semifinalists for 2020 Senior Goalie of the Year award announced

Ten semifinalists have been chosen for this season's honor. The list will be trimmed to five finalists later in the week. 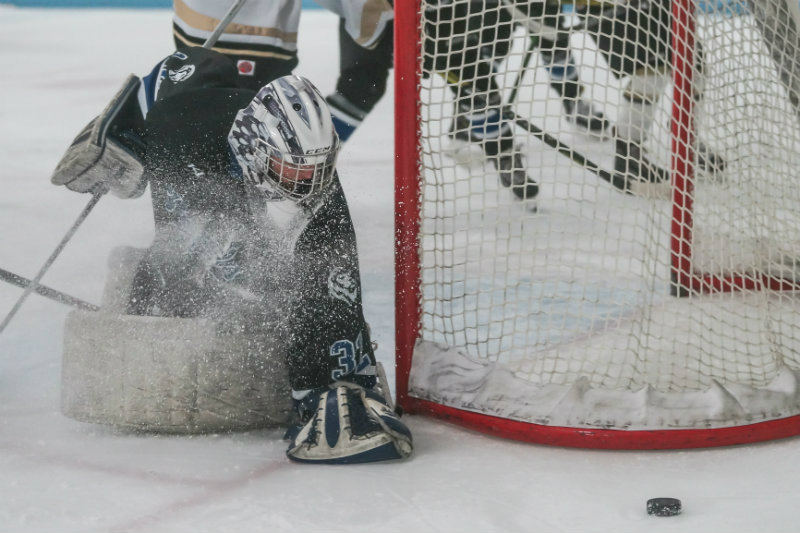 Woodbury goalie Anna Julius (pictured) is one of 10 semifinalists picked for this season's Senior Goalie of the Year award. The five finalists for the award will be unveiled later this week. Photo by Korey McDermott, SportsEngine

Ten of the state’s top goalies were announced as semifinalists by Let’s Play Hockey on Monday for its Senior Goalie of the Year award.

This year’s semifinalists combined for a 2.18 goals-against average and a .922 save % in the regular season, and off the ice they’ve produced an admirable 3.71 grade point average. The award is presented upon the conclusion of each season to the state’s top senior goalie.

Julius, one of two Suburban East Conference goalies to make this year’s list, backstopped Woodbury with a 2.13 goals-against average and .933 save % in the regular season. With a pair of shutouts, she’s recorded nearly 900 minutes in goal and made 515 total saves.

The other Suburban East nominee, Goehner, won 19 games, and had a 1.38 GAA and .926 save % in the regular season. With 14 shutouts and over 1,200 minutes logged between the pipes, Goehner helped Rangers, who are ranked No. 8 in the Class 2A coaches’ poll, win 10 of their last 12 regular-season games to finish runner-up in the Suburban East standings.

The list will be pruned to five finalists, who will be announced on Feb. 6. The winner will be honored at the annual Ms. Hockey Awards Banquet on Feb. 23 at the St. Paul RiverCentre, adjacent to the Xcel Energy Center in downtown St. Paul.

Four of the honorees — Bohner, Glasrud, LaRose and Stockinger — have already made college commitments. Bohner is committed to Gustavus Adolphus in St. Peter, Glasrud will attend Post University in Connecticut, LaRose is also going to the northeast, to Maine, and Stockinger is slated to play for Augsburg in Minneapolis.

Criteria for the award, which is presented by Let’s Play Hockey and the Minnesota Wild, include on-ice talent, coachability, community and extracurricular activities, academics and citizenship.

White Bear Lake’s Calla Frank was selected Senior Goalie of the Year a season ago.

View the table below to see individual stats for each semifinalist. They’re presented in alphabetical order.

2020 Senior Goalie of the Year semifinalists