The teams combined for seven goals, five by the Mustangs, who skated to a 6-2 victory in the Section 5 final. 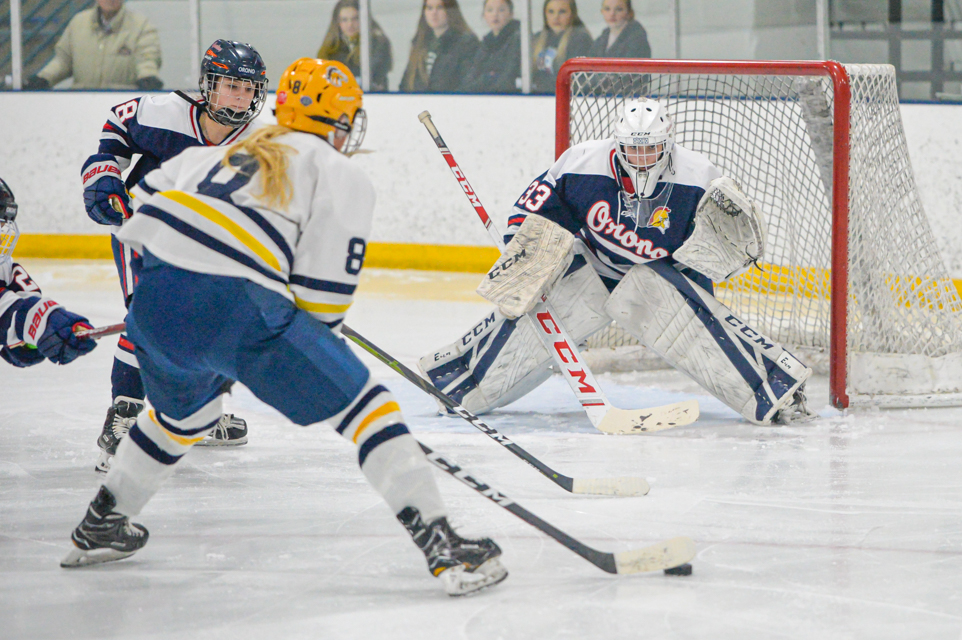 The game was scoreless after the first period between Orono and top-ranked Breck.

Then the goal-scoring came in a hurry.

Orono struck first, but Breck responded with two goals in 10 seconds. Breck took a 5-2 lead into the third period en route to a 6-2 victory Wednesday at St. Louis Park Rec Center in its bid for a third consecutive Class 1A, Section 5 championship. 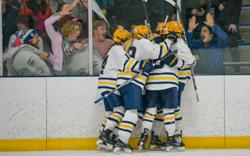 Breck played well to start and just had to keep working, even after getting down 1-0, Mustangs coach Steve Persian said.

“It was a little bit of a wake-up call,” Persian said. “I think we played well the whole game, but we were doing some things that we needed to change up a little bit, and I think we did.”

Breck junior Sadie Lindsay book-ended the second-period scoring effort for Breck with her 16th and 17th goals of the season. Ms. Hockey semifinalist Olivia Mobley put Breck up for good with her 49th goal of the year on a one-timer pass from teammate Ally Qualley.

Persian and Lindsay recalled how similar this game felt to their 9-1 section semifinal victory over Minneapolis. That game was tied 1-1 through the first period until Breck also scored five goals in the second.

“Against Minneapolis, we hadn’t really scored, and then we scored one and then the floodgates opened,” Lindsay said. “I was just hoping that that would be the same for this game as well.”

Orono sophomore Kailey Niccum scored both goals for her team, after senior goaltender Anna Lisle had stopped 17 shots in the first period to keep Breck at bay.

“We got the first one, got some juice going,” Orono coach Sean Fish said. “And then they got two quick ones, and we knew that they can score in bunches.” 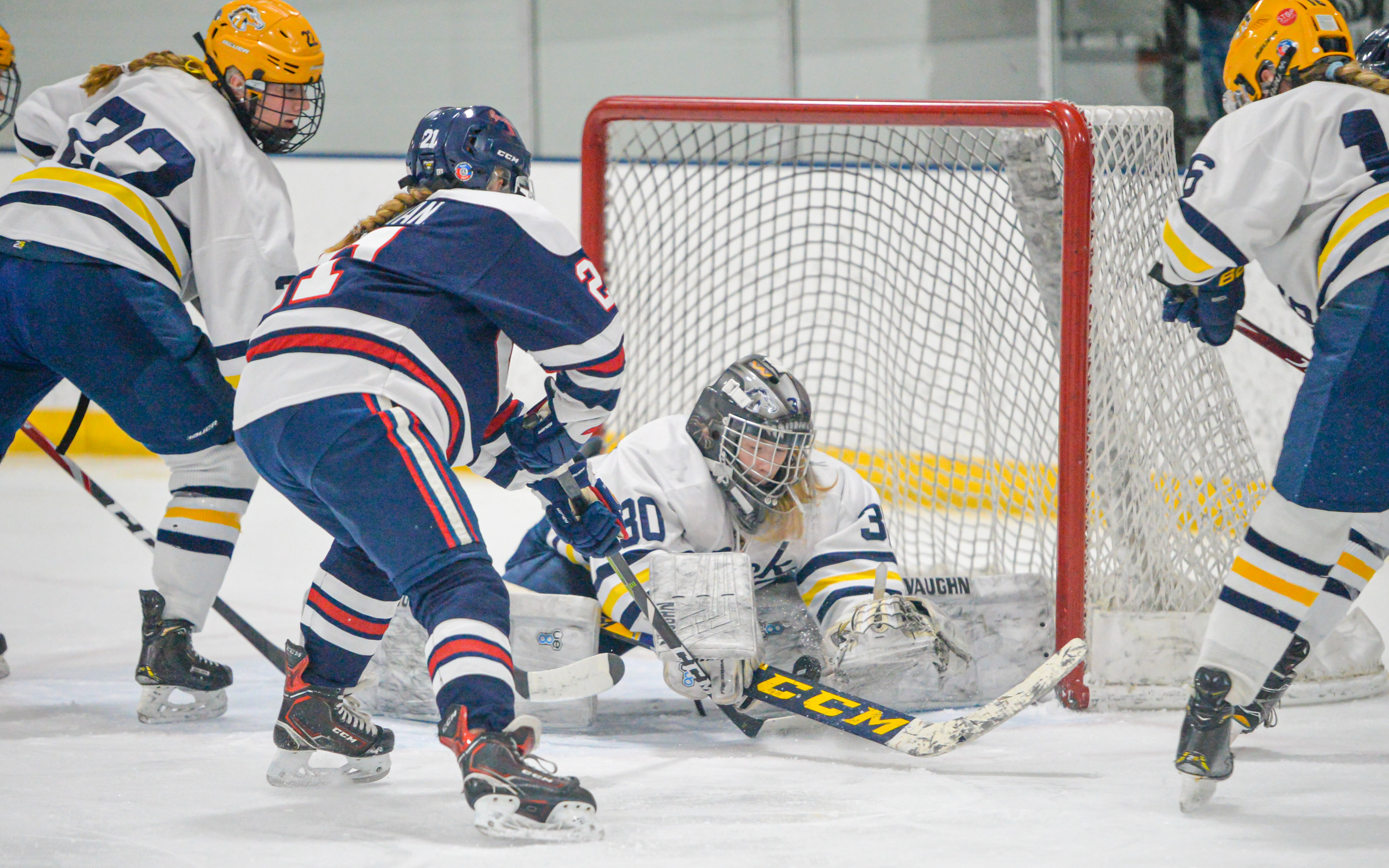 Orono’s Kaeli Koopman attempts to force the puck into the net Wednesday night in the Class 1A, Section 5 final. The Spartans lost to the Mustangs 6-2. Photo by Earl J. Ebensteiner, SportsEngine

The game was scoreless after the first period between Orono and top-ranked Breck.

Then the goal-scoring floodgates opened.

Orono struck first, but Breck responded with two goals in 10 seconds in the middle of the second period to take the lead. When the seven-goal middle frame was over, Breck held a 5-2 lead on its way to a 6-2 victory and a third consecutive Class 1A, Section 5 championship.

Breck junior Sadie Lindsay bookended the second-period scoring effort for Breck with her 16th and 17th goals of the season on Wednesday at St. Louis Park Rec Center.

Between the two teams, they scored a total of four goals in a back-and-forth span of 2 minutes and 51 seconds, putting Breck up 3-2 at that point.

The loss snapped a seven-game winning streak and ended the season for the Spartans (17-10-1). Orono sophomore Kailey Niccum scored both second-period goals for the Spartans, her seventh and eighth tallies of the season. Senior goaltender Anna Lisle made 17 saves in the first period to keep Breck at bay.

Breck (22-6-0) will make its eighth trip to the state tournament, looking to become the first Class 1A team to complete a three-peat of state championships.