Class 2A: Two shorthanded goals help Burnsville get past Eagan

Allison Urlaub scored two goals and Aubrey Nelvin scored on a penalty kill in the third period to lead the Blaze to a 3-1 victory and a return to the state tournament for the first time since 2014. 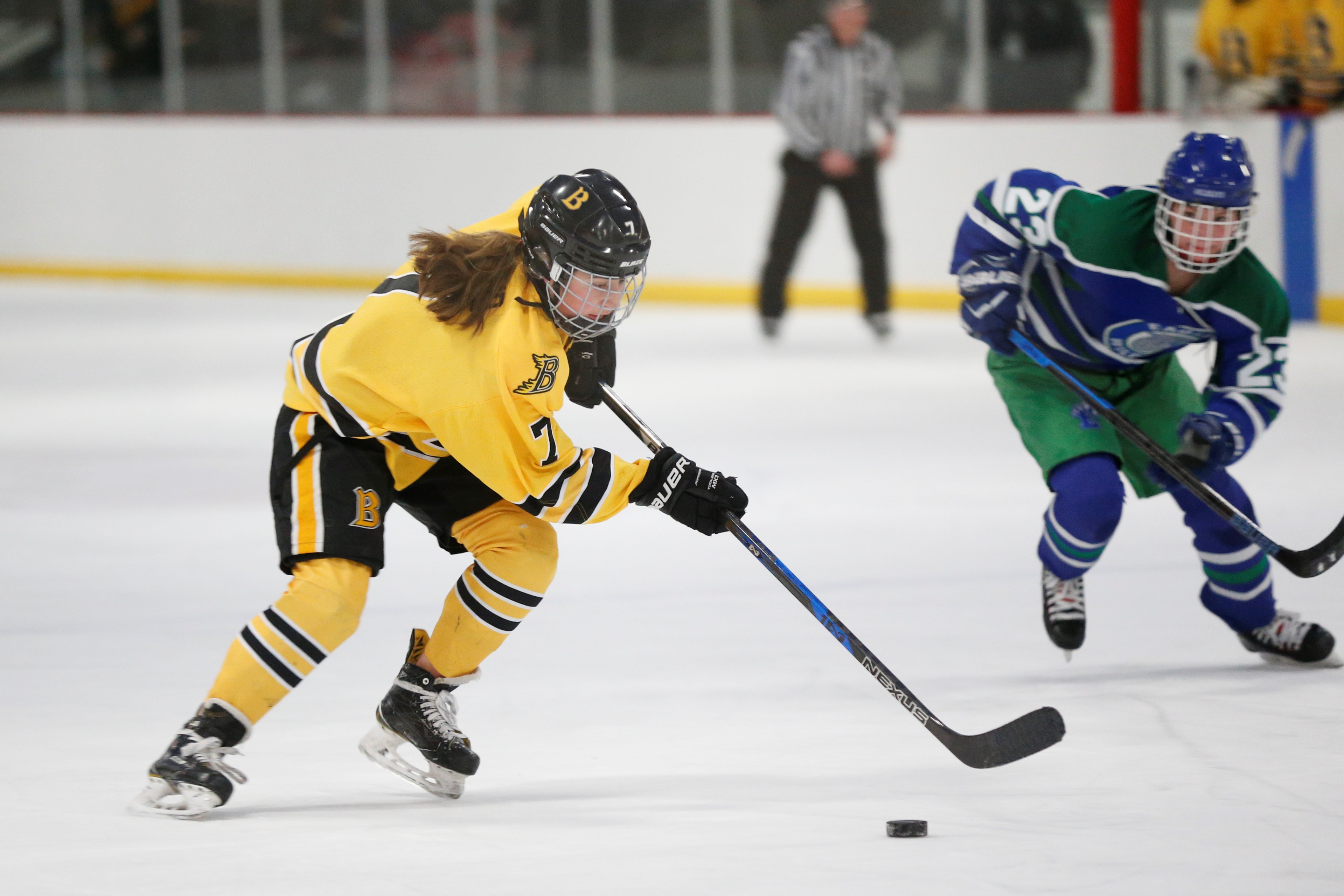 Have fun, Cherie Nelvin told her daughter Aubrey on Wednesday before the Class 2A, Section 3 championship game, and believe in yourself.

Oh, and one more thing: Get me a birthday win.

Aubrey Nelvin, a Burnsville senior forward, did mom one better. She scored a short-handed goal in the third period to key a 3-1 victory.

“This is good for Mother’s Day even,” Cherie said jokingly.

Preps Insider podcast: Section finals, state tourneys and why we love this job

Burnsville and Eagan skated to a pair of tie games in South Suburban Conference play this season. An unassisted, shorthanded goal from junior Allison Urlaub gave the Blaze a 1-0 first period lead. And a power-play goal by Eagan (14-12-2) senior Jenna Ruiz evened the count after two periods. 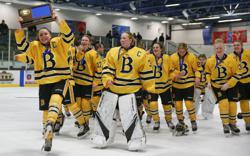 Tied 1-1 in the later stages of the third period, the teams appeared headed toward another extra period of hockey or more.

Then Nelvin, on the penalty kill, poked a puck off the boards and past an Eagan defender before dashing around her to set up a breakaway.

She’d been here before. Twice, actually, in the second meeting of the season with Eagan. And both times, she failed to score.

This time, she ignited the Blaze half of the crowd with less than three minutes left at the Veterans Memorial Civic Center in Inver Grove Heights.

“When I was going in, I was hoping my teammate would get a rebound,” Nelvin said. “But then I saw it in the back of the net and I was overwhelmed with joy.”

“That goal was even better because we knew we sealed the deal,” Nelvin said.

After the game, Nelvin broke from her pack of jubilant teammates, borrowed the public address announcer’s microphone and yelled, “Happy birthday, Cherie Nelvin.” 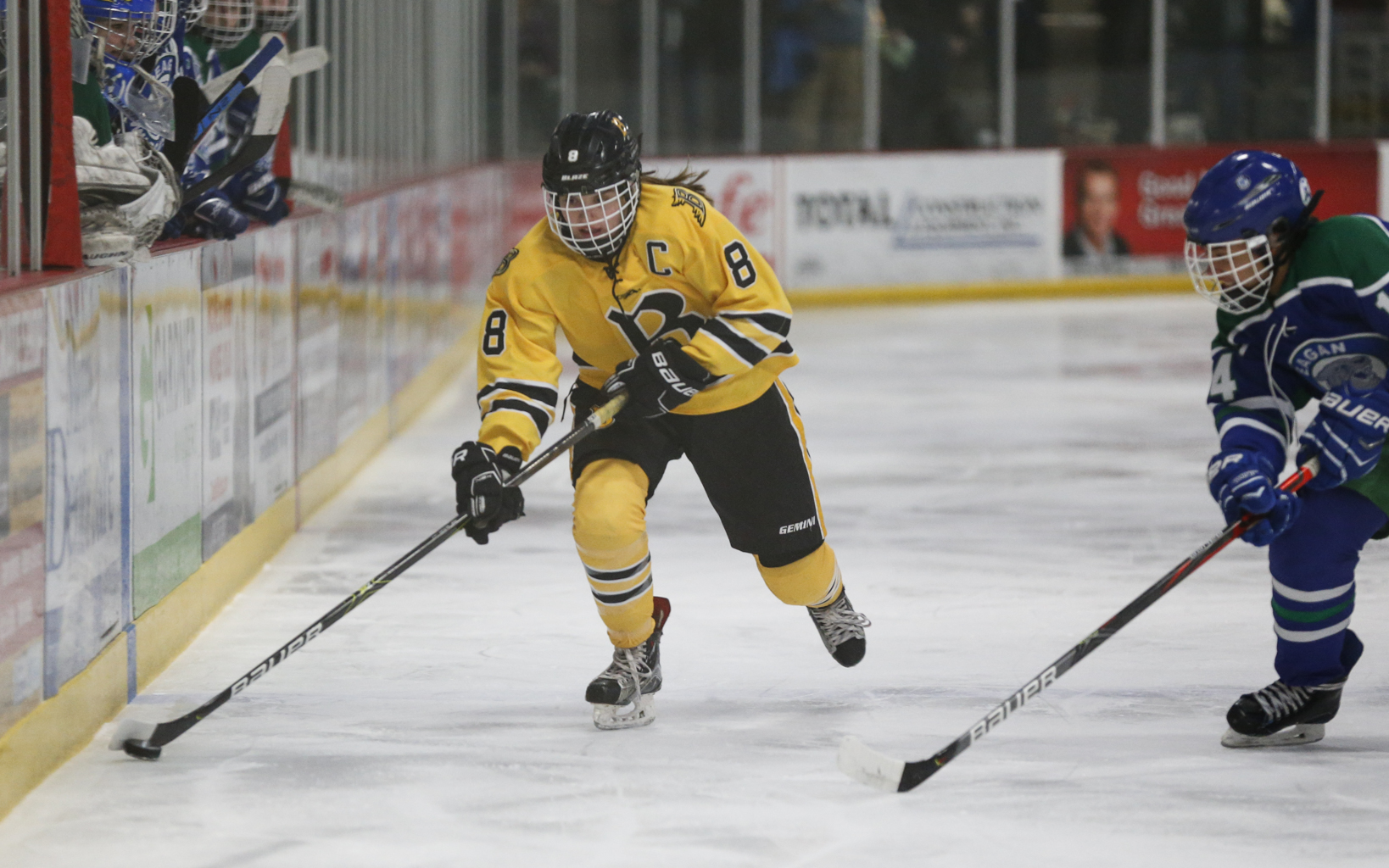 Burnsville's Aubrey Nelvin (8) carries the puck into the offensive zone against Eagan Wednesday night. Nelvin’s shorthanded goal was the game-winner in the Blaze’s 3-1 victory over the Wildcats. Photo by Jeff Lawler, SportsEngine

Burnsville and Eagan skated to a pair of tie games in South Suburban Conference play this season. One of those girls’ hockey teams had to emerge victorious Wednesday.

A pair of unassisted, shorthanded goals made the difference in a 3-1 Burnsville victory in the Class 2A, Section 3 championship game played at Veterans Memorial Civic Center in Inver Grove Heights.