The Warriors beat back a Cardinals threat in the second period with three goals after a timeout en route to a 7-4 victory in the Class 1A quarterfinal. 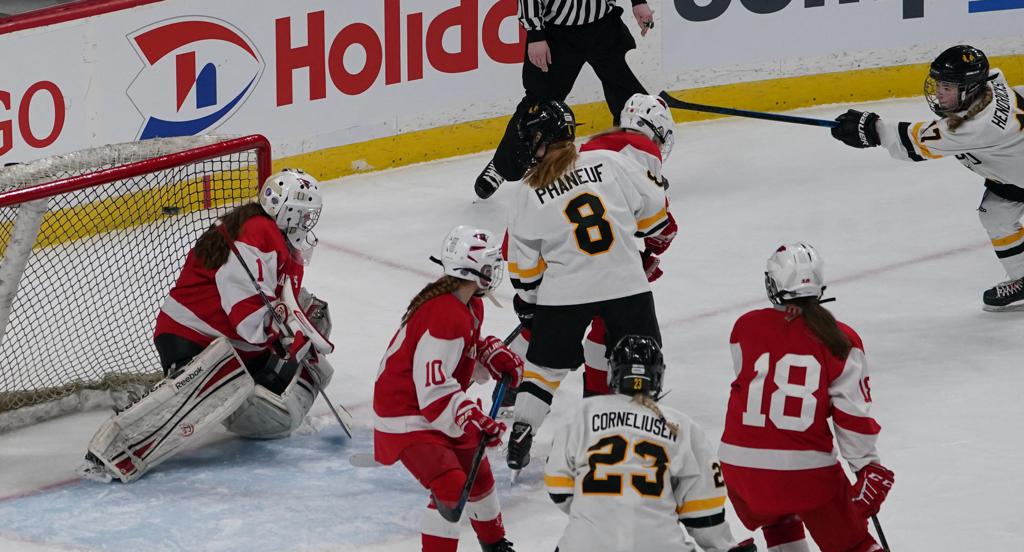 For a minute there — well, one minute and one second to be exact — Warroad’s collar on underdog Willmar in the Class 1A girls’ hockey state tournament quarterfinal loosened.

“Just taking a break,” Marvin said of the timeout’s purpose. “There were no magic words.”

An enchanted feeling overtook Willmar (18-9-1), playing in its first state tournament since 2003. Ashley Larson and Tanna Christensen scored 1:01 apart to force the timeout by No. 2-seed Warroad (22-4-2). 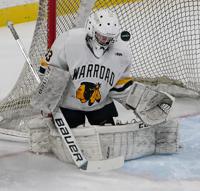 “We were so excited,” said Christensen, who scored off the faceoff.

Cardinals coach Eric Setrum said, “You get a goal like that and get momentum going — you’re feeling pretty good. The bench was electric.”

Willmar erased a two-goal deficit in the Section 6 semifinals and shook off an early goal against in the section final. Could Warroad be next?

“We talk about belief all the time,” Setrum said. “They called timeout and I said, ‘Hey, they’re feeling it, just like we were feeling it. It’s time to keep going.’ ”

Instead, Warroad found its game.

“We had to keep working as hard as we can, trust each other and not get down on ourselves,” forward Geno Hendrickson said.

Hendrickson and Hannah Corneliusen each scored a power-play goal as part of Warroad’s answering salvo.