The Eagles' Emma Schmitz scored her second goal of the game 53 seconds into the extra session for a 2-1 victory after the Packers had tied the game late in the third period. 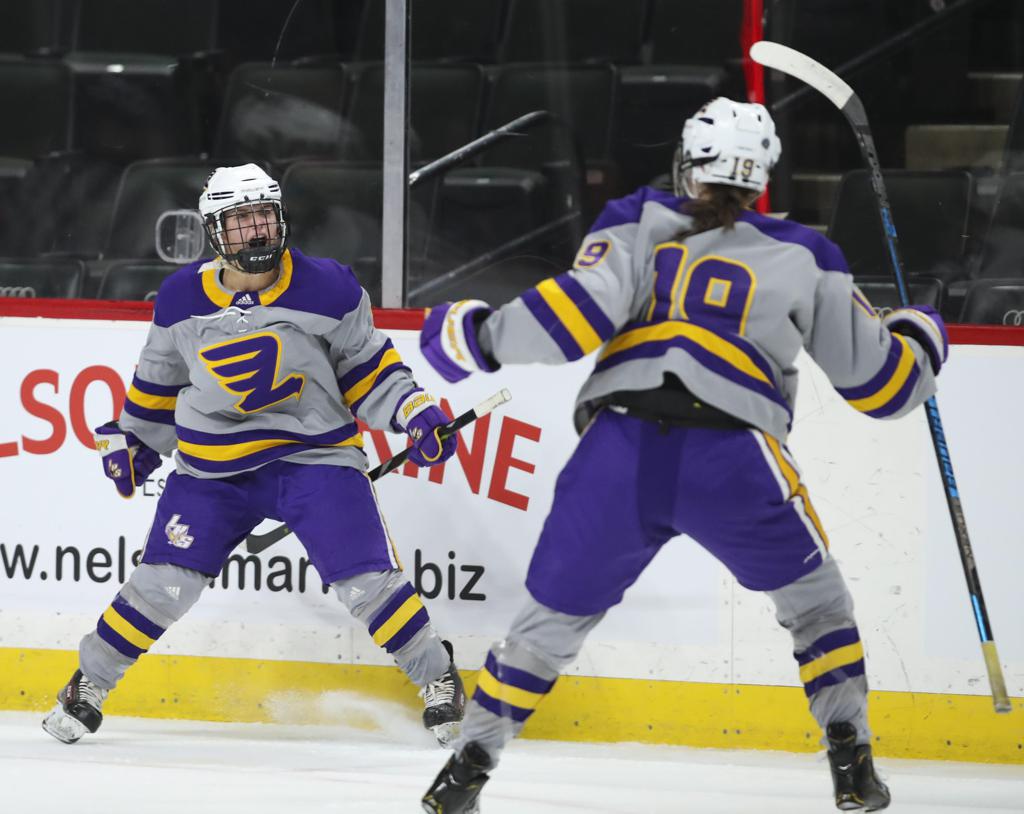 Emma Schmitz doesn’t remember exactly what she did and, frankly, who can blame her? It’s not often a player scores an overtime game-winner in the state tournament.

The senior forward’s second goal of the game, 53 seconds into overtime, lifted Rochester Lourdes (18-10) to a 2-1 victory over South St. Paul in the Class 1A quarterfinals.

“Honestly, I don’t know what I really did,” Schmitz said. “I was kind of in a zone. I just went down and made a move.”

Schmitz, following coach Jeff True’s advice, knew enough to target the gap between the South St. Paul goalie’s legs and that’s what she did, slipping the puck through and giving the Eagles' program its first state tournament victory.

“My coach told me to go five-hole if I ever got the chance and that’s what I did,” Schmitz said.

“I’ve never loved Emma so much in my life,” said Lourdes’ goalie Corrin Hanson, who stopped 27 of 28 shots and kept the Eagles in the game when South St. Paul was buzzing. “I think overtime just made it that much better.”

South St. Paul (19-8-1) had routed Lourdes 8-2 on Feb. 4, a fact that Packers coach Dave Palmquist admitted may have played a role in his team’s loss.

“Maybe, in the back of our heads, we thought it was going to be an easier game,” Palmquist said.  “I just feel like we were a little bit lifeless in the first two periods.”

Schmitz had staked Lourdes to a 1-0 lead in the first period. It stood until South St. Paul senior Brynn Sexauer tied it with 3:34 left in the third period, sending the game to overtime.

“Big players make big plays in big games,” True said of Schmitz. “When the lights are bright, she shines.”

Emma Schmitz scored  53 seconds into overtime to lift Rochester Lourdes to a 2-1 victory over South St. Paul in the Class 1A quarterfinals.

It was Schmitz's second goal of the game. She had given the Eagles the lead 1-0 at 9:46 of the first period.

That lead stood until South St. Paul’s Brynn Sexauer scored on a bad-angle wrist shot with 3:34 left in the third period.

Rochester Lourdes (16-10) moves on to play defending Class 1A champion Breck in a semifinal at 1:30 p.m. Friday.