Andover's high-scoring line is shut down, but the outcome is still a shutout

The Huskies defeated Farmington 6-0 in the first Class 2A quarterfinal, with less-heralded players pacing the goal attack. 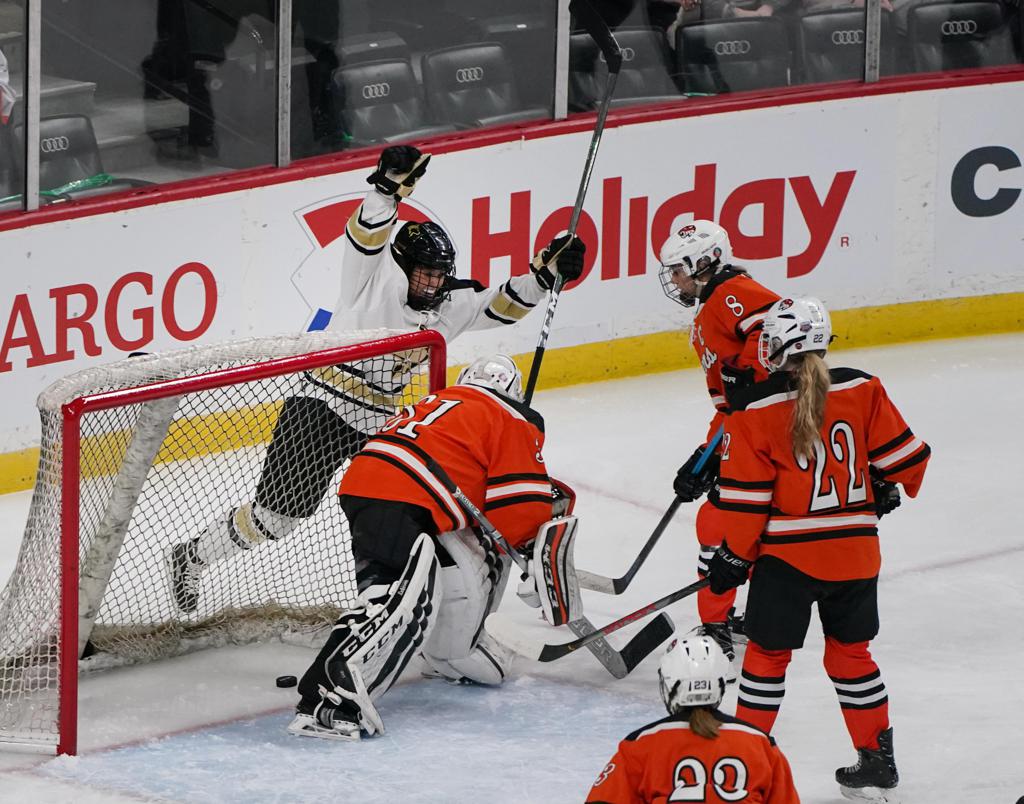 But the Huskies’ formidable top line accounted for zero goals against Farmington. Instead, capable but less-heralded players filled the net. Sophomore Madison Kaiser scored her 24th goal of the season and junior Madelynn Jurgensen scored two of her line’s three goals.

“A lot of teams just have that one line, but we have a solid three or four lines that always produce, go hard and get it done,” said Jurgensen, now with 14 goals this season.

“It’s always a relief to be on a team where you don’t have to produce every game,” Nelson said. “Today, when we didn’t produce, our team was there to back us up and bring home the win.”

The Huskies led 2-0 after one period and doubled its lead by second intermission on goals from Josie Hemp (four goals this season) and Ella Boerger (14).

Keeping Nelson, Peyton Hemp and Gabby Krause off the scoreboard “was a big emphasis,” Farmington (18-11) coach Jon Holmes said. “We thought if we could do that, we would give ourselves a chance in the third period.”

But Farmington, forced to rely on its top line for all of its offense, managed 12 shots on goal. Andover goalie Amanda Pelkey stopped them all and earned her fourth consecutive postseason shutout.

Andover’s formidable top line, the main cog of the highest scoring offense in girls’ hockey, accounted for zero goals in the Huskies’ 6-0 quarterfinal victory against Farmington.

Madison Kaiser scored her 24th goal of the season and Jurgensen scored twice, giving her 14 goals this season.

No. 2 seed Andover (26-2) led 2-0 after one period Thursday at Xcel Energy Center and doubled its lead by second intermission.

Farmington (18-11) managed 12 shots on goal. Andover goalie Amanda Pelkey stopped them all. The Huskies held its three section opponents without a goal as well.