The Mustangs ''came out with a mission,'' their coach said, defeating Cloquet-Esko-Carlton with two goals from Sadie Lindsay and single tallies by Ava Lindsay, Josie Lang, Olivia Mobley and Shae Messner. 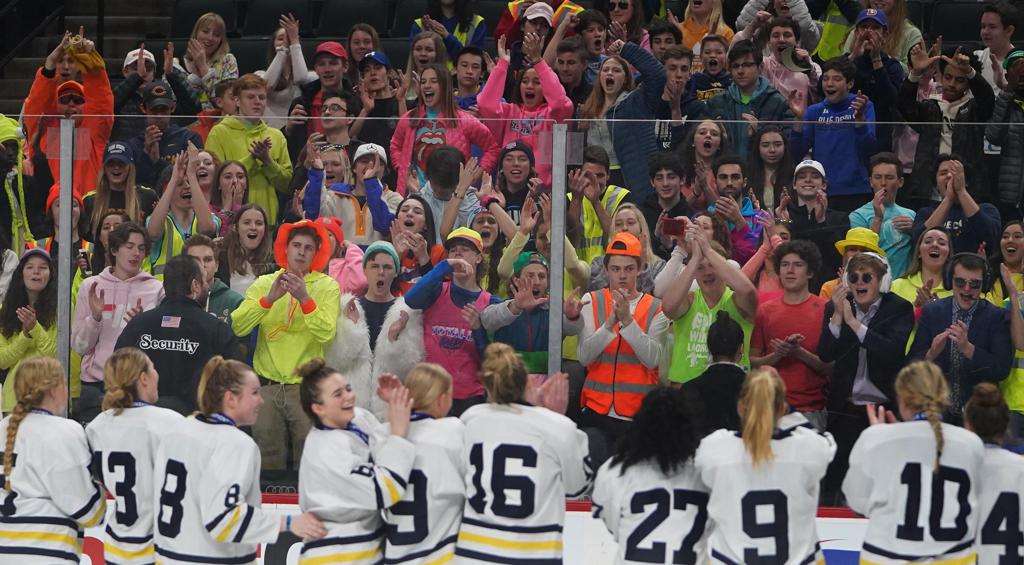 The championship game against Cloquet-Esko-Carlton on Saturday was a different story.

Breck scored three goals in the opening 17 minutes en route to a 6-0 victory over the Lumberjacks to claim its third consecutive Class 1A state championship at Xcel Energy Center.

Breck joins Minnetonka (2011-13) and Edina (2017-2019) as the only teams to win three consecutive state championships. They are the first Class 1A team to achieve the feat.

The line’s production was pivotal as Cloquet-Esko-Carlton did a good job of limiting Breck’s starting line, Persian said. That’s when the Mustangs’ depth showed.

“The reality is we didn’t really view it as a second line. We viewed it as having two very strong lines both capable of stepping up and putting the puck in the net,” Persian said. “So, they took advantage of the opportunity to go against the line that was having a little bit more trouble keeping up.”

Breck outscored its opponents 23-2 in the state tournament.

Star Tribune Metro Player of the Year Olivia Mobley scored Breck’s fifth goal of the game midway through the third period. It was her eighth goal of the tournament and her 58th of the season.

“It’s unbelievable,” Mobley said about scoring in her final high school game. “Being able to end it as state champs for the third time is incredible. It’s such an honor.”

Mustangs goaltender Sarah Peterson finished with 25 saves in the shutout. In eight periods played in the tournament, Peterson allowed one goal.

Cloquet-Esko-Carlton coach Courtney Olin called Breck “just a very skilled team. You look at their program, a lot skill and a lot of Division I players on their team. We gave it our best shot … at some point, skill just beats work ethic.” 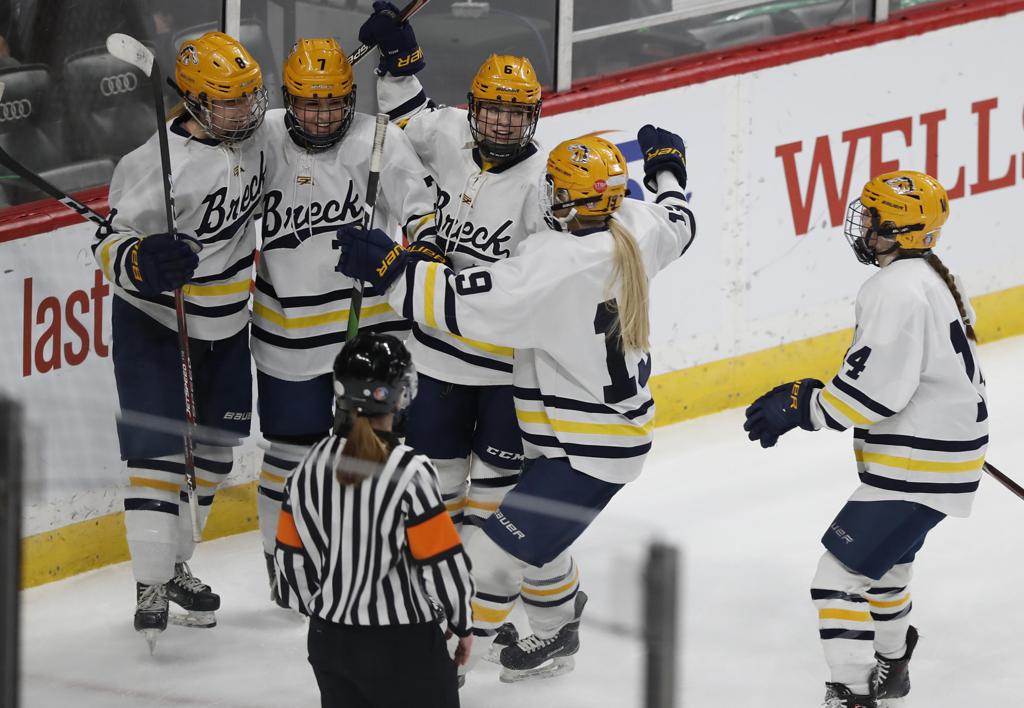 Breck players celebrated after scoring the second goal of the game against Cloquet-Esko-Carlton on Saturday at Xcel Energy Center. Photo: RICHARD TSONG-TAATARII ¥ richard.tsong-taatarii@startribune.com