Friday dispatches from the X: Andover found itself in rare spot - trailing

Andover allowed a goal for the first time since the Huskies’ regular-season finale. Plus stalwart goalie work in a loss and getting the numbes up. 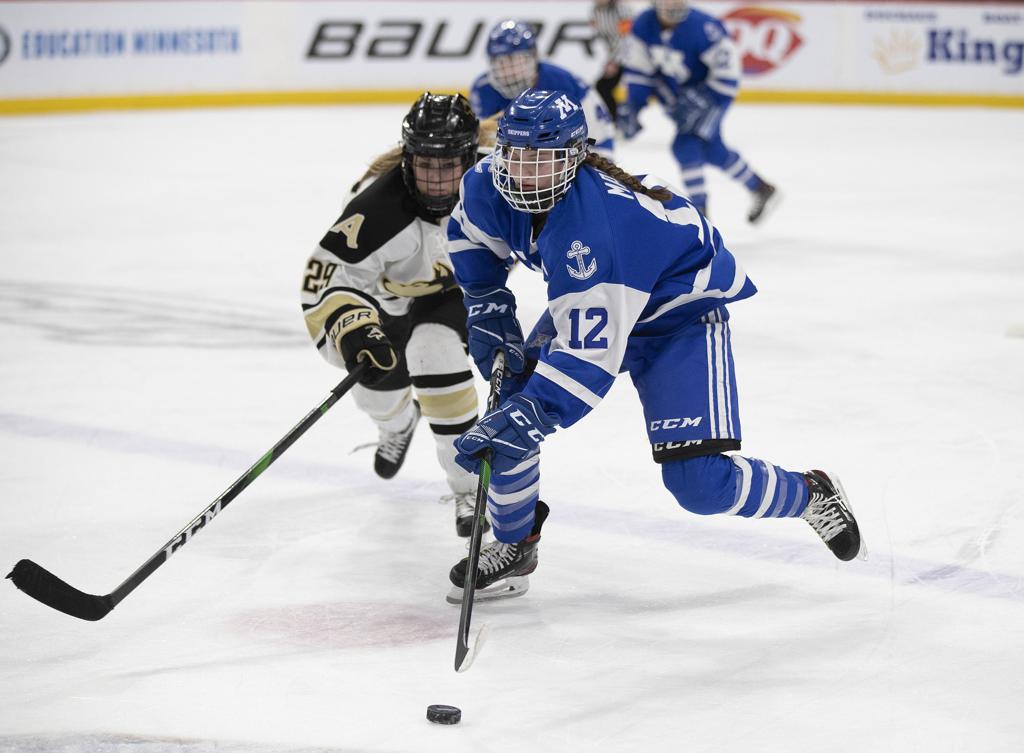 That put Andover in pursuit for the first time in the playoffs.

“We knew we didn’t have to do that for a while,” junior forward Peyton Hemp said. “But we knew we had the skill and the work ethic to do it. We had trust in each other and we knew we could pull it off.”

Hemp and linemates Jamie Nelson and Gabby Krause stopped a shorter streak. The top line played well but did not register a goal in the quarterfinal game. Each scored at least once against Minnetonka.

“It was definitely a relief to finally get a goal for the team,” Hemp said. “Last game it was nice because our team could pick it up for us. We just had to keep playing how we play and we knew it would come.”

After his team lost 9-1 to Breck on Friday, Rochester Lourdes coach Jeff True made a point to mention the play of his goaltender.

“It’s disappointing when you see the result because some people might see in the paper or on the news that we lost 9-1 and think, ‘Wow the goalie didn’t play well.’ No, she played unreal,” he said.

“I’m sad for her that she gave up nine tonight, but they weren’t her fault at all,” True said.

Just five years ago, Cloquet-Esko-Carlton coach Courtney Olin remembers having only four players on the junior varsity team and campaigning in the middle school just to field a team.

“We were asking kids if they knew what hockey was,” she said.

Five years later, the Lumberjacks returned to the state tournament for the first time since 2009.

The Class 1A semifinals on Friday afternoon drew 2,508 and the Class 2A evening session drew 2,339.