He led the Pioneers for 13 seasons, helping them reach eight Class 2A state tournaments and attain two titles. 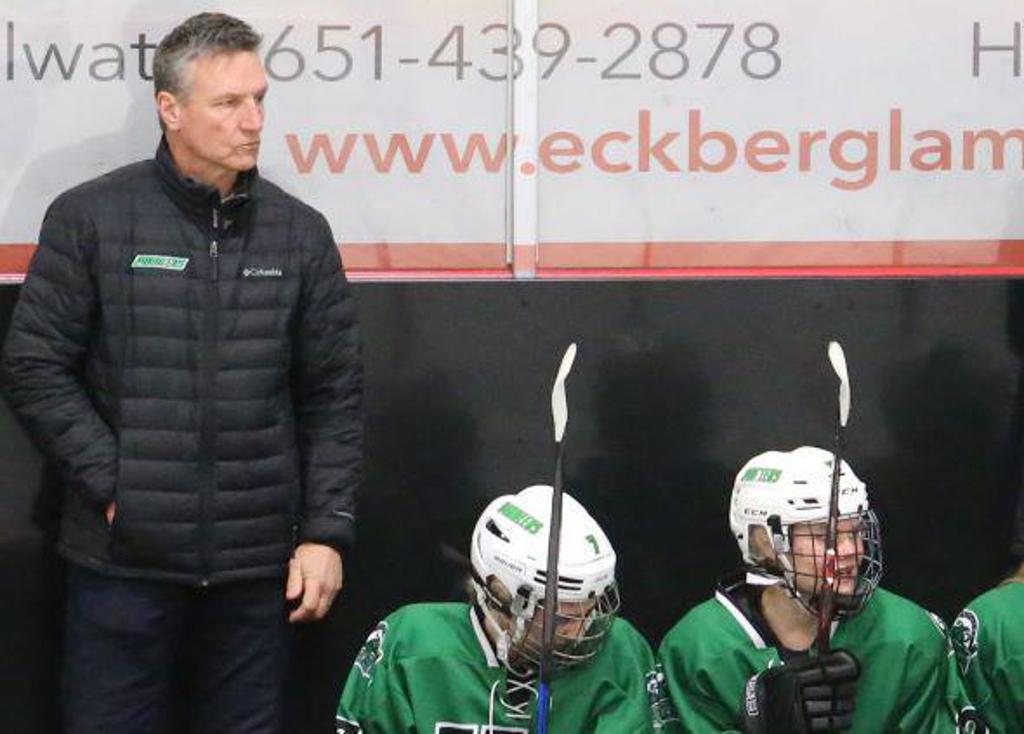 Bill Schafhauser, left, also serves as Hill-Murray's director of facilities. Conflicts in managing his two jobs took a toll on him the past two seasons. “It was just time,” he said. Photo: Cheryl Myers, SportsEngine

Bill Schafhauser, Hill-Murray’s director of facilities, is best-known for constructing one of the state’s top girls’ hockey programs.

In 13 seasons under Schafhauser, the Pioneers achieved all eight of their Class 2A state tournament appearances. They won titles in 2014 and 2015. Not bad for a guy who never coached female athletes before taking the job in 2007.

But conflicts in managing his two jobs took a toll on Schafhauser the past two seasons. He retired from coaching Monday.

“This has been one of the greatest experiences I have had in hockey,” said Schafhauser, a 1980 Hill-Murray graduate who played at Northern Michigan before joining the professional ranks for more than a decade in the minor leagues and in Europe.

Schafhauser took the Hill-Murray job on the recommendation of male coaching peers who spoke highly of their experiences coaching girls. He inherited a Pioneers team coming off its first Classic Suburban Conference championship then elevated the program.

He credited the arrival of sisters Hannah and Marissa Brandt, the former a Ms. Hockey Award recipient and both future Olympians, for raising the program’s profile.

Hill-Murray placed second at the 2013 state tournament and followed-up with titles the next two seasons. In 2016, an undefeated Pioneers team was upset in the state semifinals.

Despite reaching the state tournament in three of the past four seasons, Schafhauser felt the long days of balancing his dual workload and long, cold afternoons and evenings at the rink taking a toll. He gave it his all but worried whether his players were getting everything they deserved from their coach.

“It was just time,” Schafhauser, 58, said. “I kind of hit the wall and the seasons were getting tougher to get through physically and mentally.”

Looking ahead, Schafhauser endorsed Caesare Engstrom, the team’s co-head coach the past few seasons, as his successor.

“She has been a perfect fit and I know she wants to continue coaching,” he said. “I would be surprised if it didn’t work out.”