Tony Scheid, who joins the Raiders, and Caesare Engstrom, promoted to lead the Pioneers, each boast two state titles. 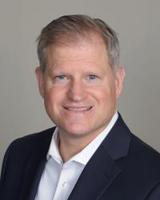 Tony Scheid brings two Class 2A state championships with him to Cretin-Derham Hall. Meanwhile, Caesare Engstrom served as an assistant coach at Hill-Murray when the Pioneers won a pair of Class 2A titles.

Scheid won his titles at Stillwater and looks forward to put Cretin-Derham Hall, a former Suburban East Conference rival, in contention for state supremacy. The Raiders last qualified for state in 2008.

Scheid arrives from a coaching stint at Woodbury. He has a career coaching record of 260-112-21.

Scheid replaces Brooke White-Lancette, who had coached the Raiders for four seasons.

Engstrom takes over at Hill-Murray having been an assistant coach for nine seasons and co-head coach for the past two seasons.

A former Bemidji State standout, Engstrom later played five seasons with the Minnesota Whitecaps. She has also been a trainer for Spice on Ice and OS Hockey Training and coached in the Midwest Elite High School Hockey League with the Advanced U-15 and U-16 programs.

She succeeds Bill Schafhauser, who endorsed Engstrom as he announced his departure after 13 seasons.