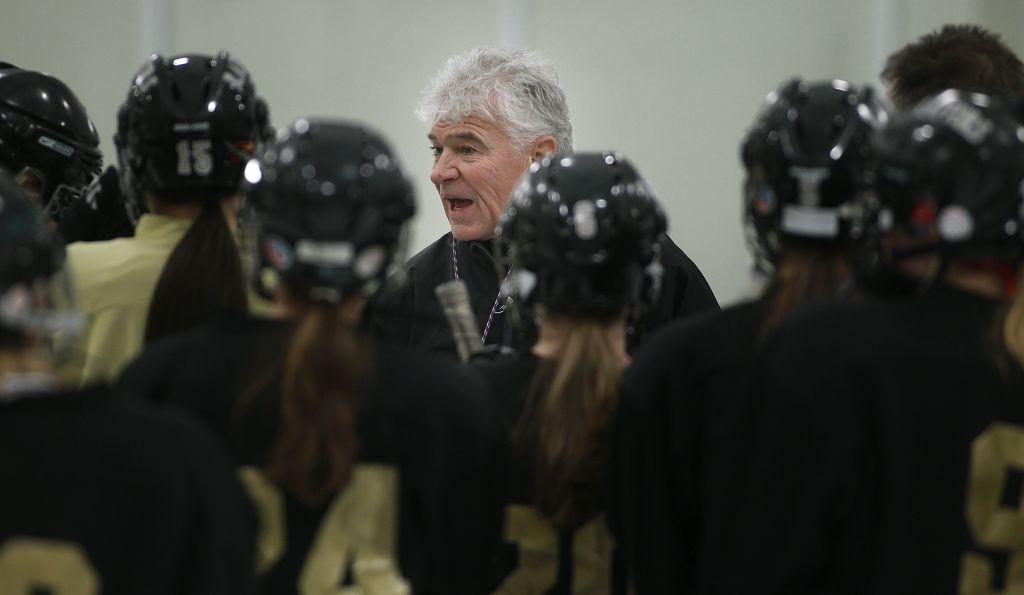 Craig Norwich was a heck of a hockey player. A state title, NCAA championship, gold medal and 14 1/2 years in the pros is more than enough to validate that. But after his playing days, the enigmatic defenseman got into construction.

Building hockey programs, that is.

The Edina native and former Wisconsin Badgers standout created the prestigious Shattuck-St. Mary's hockey program in Faribault in 1990, which has since churned out 42 NHL draft picks. He then went west to Vail, Colo., and Los Angeles to start Triple-A programs before returning to the Twin Cities and taking on the St. Paul Academy boys' team in 2005.

"I like programs that are kind of new or floundering," said Norwich, who captained the Edina East High School 1974 state championship team and most recently coached the U14 Edina girls. "There's nowhere to go but up."

On Monday Norwich spent his first day on the ice with his next project: the East Ridge girls' high school team.

The Raptors, who finished 6-20-1 last season, have had three head coaches in the school's three-year history. Activities director Trent Hanson believes they've hit a home run with Norwich. The East Ridge administration gravitated toward his vision and "values-based, student-centered approach to teaching the game," Hanson said.

"To be able to connect a dynamic, experienced, highly qualified coach with our young and developing program is nothing short of exciting for our kids and hockey community," he said.

And when it comes to coaching kids, Norwich's philosophy is simple.

"I always tell the kids when I first get in, 'I don't know what kind of coach I'm going to be, but I tell you what, I'll be honest. And if I lie to you, you tell all the kids I'm a liar,'" Norwich said. "I'm fair to the kids. It's just the way I believe it has to be.

"I'm not the most brilliant coach, but I think kids like to play for me."

More concerned about hockey sense than skill, Norwich learned from some of the best, including Herb Brooks, Bob Johnson and John Mariucci. He has adopted many styles and beliefs from the legendary coaches along the way. He doesn't care what happened last year or the year before at East Ridge. Nor does anybody expect them to up and win the talented Suburban East Conference this year.

The consensus is that the program will take some time to build.

"We like to think of it in terms of a three-year plan from competitiveness to contention," Hanson said. "Our goal is to develop a sense of competitive identity and team pride in the program right out of the gate this winter."

In Norwich's short time with the program, he said, he already likes what he sees. He wanted 40 girls to sign up, and 39 did. He won't have to cut anyone and there is young core of girls returning with varsity experience.

"Based on what I've seen from this group, they're not far behind. I'm hoping for good things down the road," Norwich said.

The Raptors open their regular season against Shakopee at 7 p.m. Thursday.