Sydney Boyle scored just 28 seconds into Friday’s matchup to get the Wildcats going, and teammate Dani Burgen took control from there with four goals to best the Spartans. 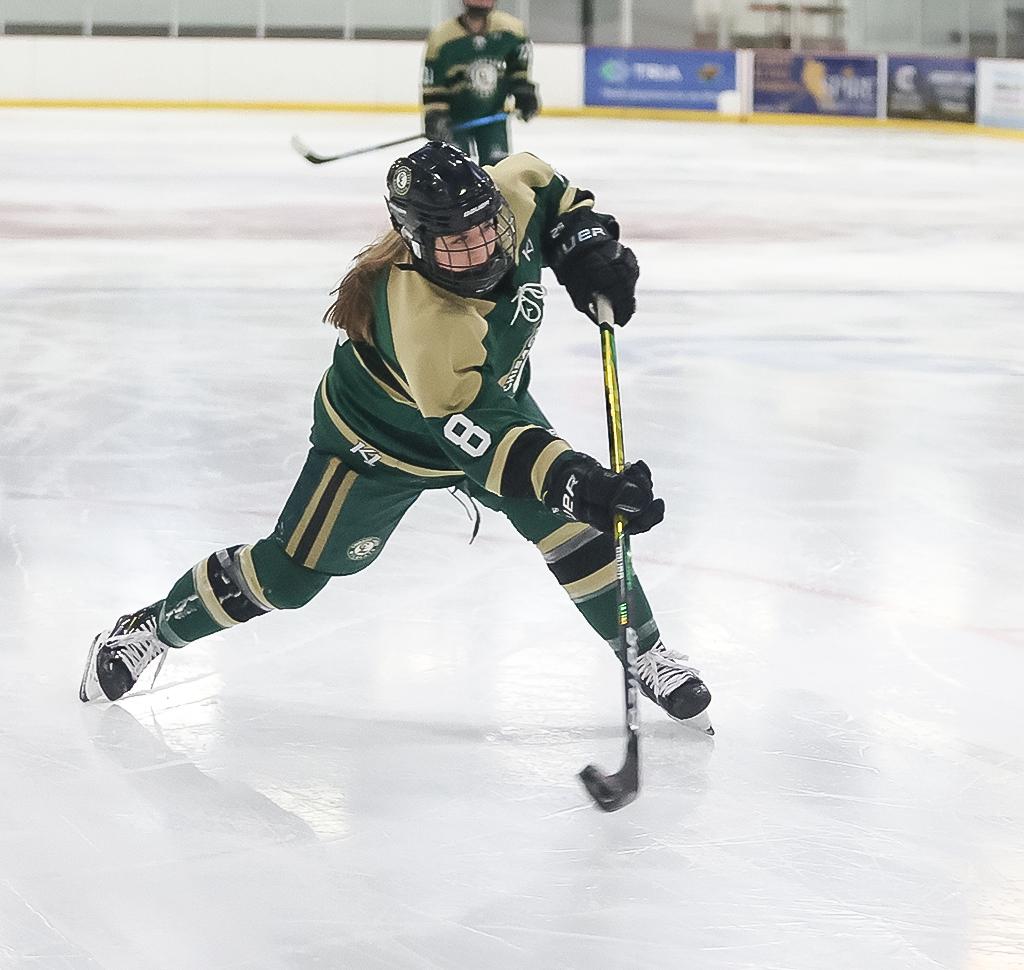 Dani Burgen (8) scores from the circle, putting the Wildcats up by two goals early in the third period. Burgen led all scoring with four goals, leading Chisago Lakes to a 5-3 win over Simley. Photo by Cheryl A. Myers, SportsEngine

Through three games, it’s safe to say Chisago Lakes has a knack for setting the tone early this winter.

The Wildcats picked up an impressive 3-2 triumph over defending Class 1A state champion Breck in their season opener to seemingly set high expectations.

Chisago Lakes continued that trend Friday, scoring less than 30 seconds into their matchup against Simley at Veterans Memorial Community Center in Inver Grove Heights. The Wildcats rode that early momentum and held on to pick up a 5-3 win.

The first goal came from Chisago Lakes (2-1) after the Wildcats won the opening faceoff and raced down to the net. After the team’s first shot hit the pipe, senior forward Sydney Boyle pounced on the rebound and pushed it past Simley junior goaltender Mackenzie Gibson to open the scoring.

“We’re the kind team that wants to jump on another team early,” said Wildcats coach Dave Burgen. “If we can get a puck in the net early, it changes the momentum for us a lot.”

Following Boyle’s goal, Chisago Lakes, ranked No. 2 in the Class 1A coaches’ poll, was powered by the duo of junior Dani Burgen and senior Jenna Lawry. The forwards contributed to each of the Wildcats’ final four goals. 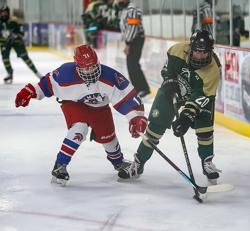 In the win over the Mustangs, Lawry netted a hat trick. Friday against the Spartans, it was Dani Burgen’s turn. Dani Burgen, a Minnesota State Mankato commit who is the daughter of Dave Burgen, scored the final four goals of the contest, while Lawry, a Minnesota Duluth commit, had a pair of assists.

“It was a good feeling to score,” said Dani Burgen. “I was glad to have my teammates to give me good passes. Just being able to put it in felt good.”

The duo has combined for seven of the Wildcats’ 10 goals this season. That success comes as they’ve played together from a young age.

“Those two have been playing together since they were 6 years old,” Dave Burgen said. “They have this chemistry where they know where each other are a lot of times.”

Though Dani Burgen and Lawry were dynamic for Chisago Lakes Friday, their team’s lead was never larger than two goals. Nearly every time the Wildcats would increase their lead to two, Simley (2-2) responded with a goal of its own. Three Spartans tallied goals in the matchup, including junior forward Olivia Juers, who scored her third goal of the season.

The Spartans pulled within one thanks to a goal by senior forward Kate Carlson with less than five minutes remaining in the third period. Simley, however, couldn’t score the equalizer and Dani Burgen struck for the final time with seconds left on the empty net to make it 5-3.

The win gets Chisago Lakes back on track following a 5-2 loss to Blake on Monday.

“I think overall, going into the Blake game, we might have been too confident,” Dani Burgen said. “I think as a team we realized that and were able to come out on top tonight.”

The Wildcats will continue to push ahead as they look to win Class 1A, Section 5.

“Our goal is to beat Breck,” Dave Burgen said. “It was huge for us to get that victory early on. We’ll take the win. Now, we got to beat them again. Somebody’s gotta go through Breck.” 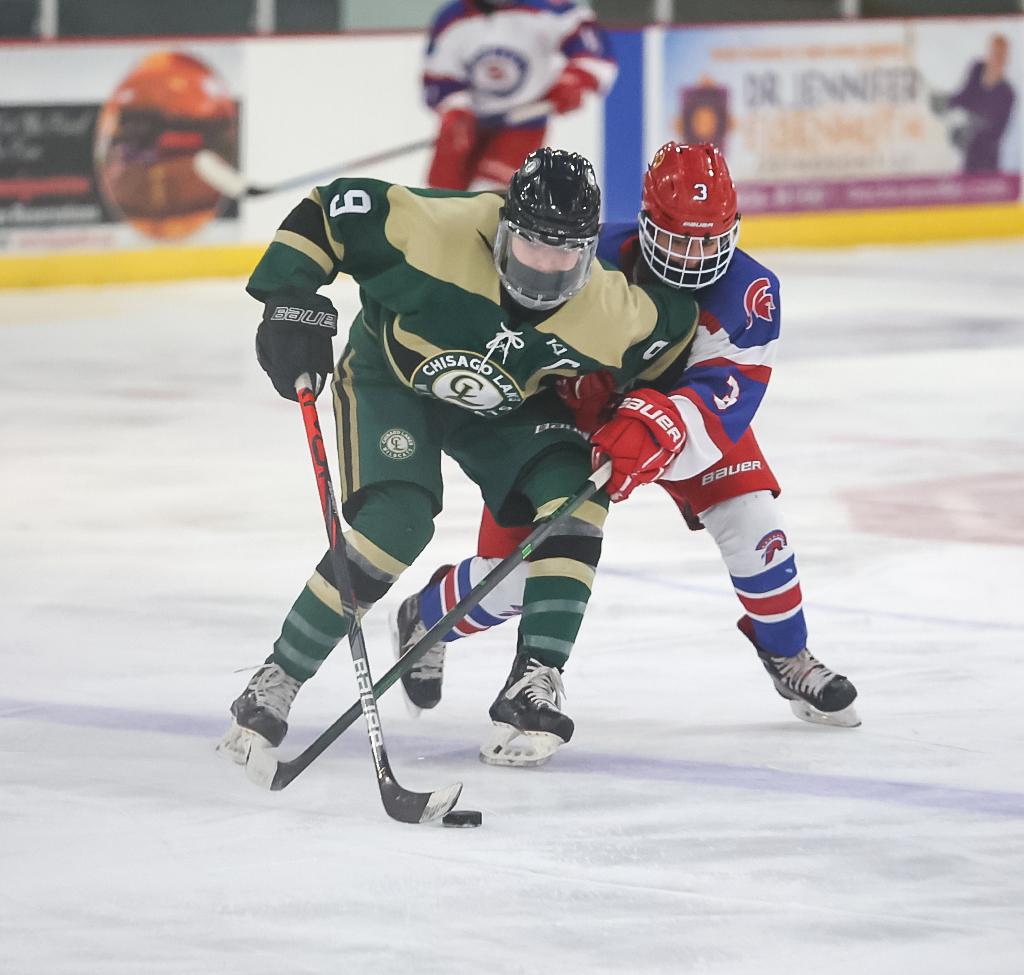 Jenna Lawry (9) turns the puck around at the blue line past Abby Jeffers (3) late in the third period. Lawry had assists on Chisago Lakes' first two goals of the night. Photo by Cheryl A. Myers, SportsEngine

Following Boyle’s tally in the game’s opening seconds, things settled a bit before the Wildcats, ranked No. 2 in the Class 1A coaches’ poll, added to their lead with Burgen’s first goal of the contest.

Despite the slow start, Simley (2-2) inched its way back into the game and kept tightening the margin to one goal throughout the game. Trailing 2-0 in the first period, junior forward Olivia Juers got her team on the board with her third goal of the season.

Burgen’s third goal put the Wildcats ahead 4-2. Simley mounted a late comeback as senior forward Kate Carlson made it 4-3 with less than five minutes remaining in regulation. The Spartans could not find the equalizer, however, as Chisago Lakes senior goaltender Anna Hanson shut her opponent down en route to a 27-save performance.

On the other side, Simley junior goalie Mackenzie Gibson finished with 12 saves. 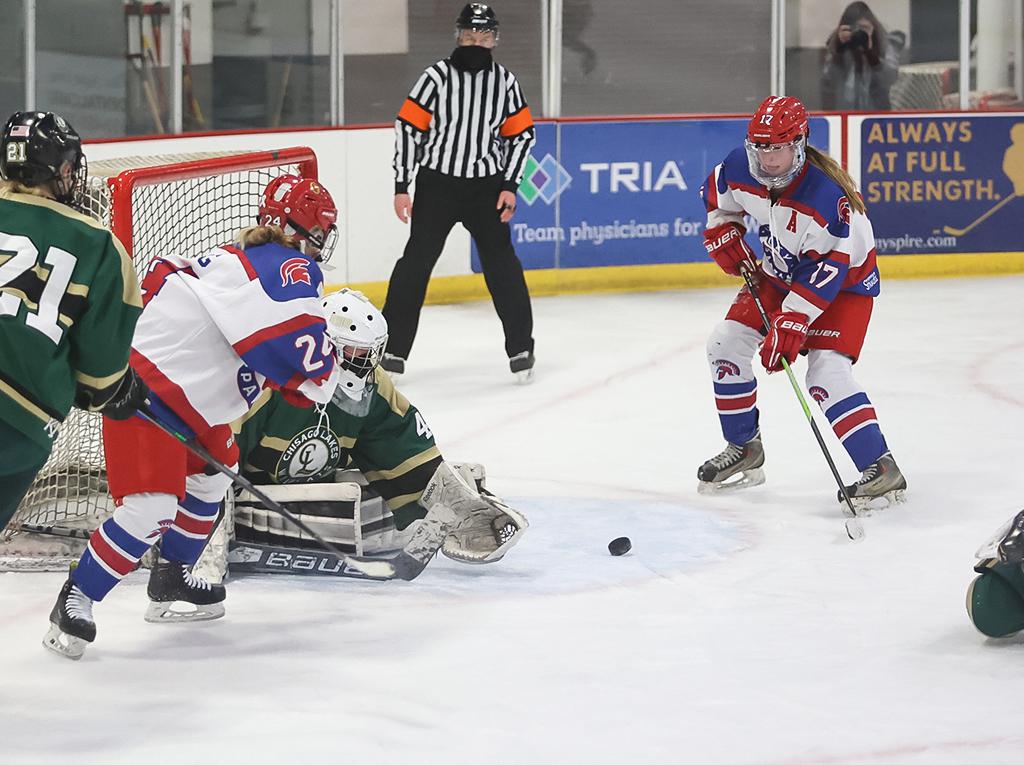 Kate Carlson (17) is left alone at the top of the crease and sends the loose puck past goaltender Anna Hanson. Carlson's goal brought Simley within one, with just under five minutes remaining in regulation. Photo by Cheryl A. Myers, SportsEngine