Proctor/Hermantown reaches first 1A title game with victory over Warroad

Junior goaltender Abby Pajari made 31 saves as the Mirage skated to a 3-1 victory. 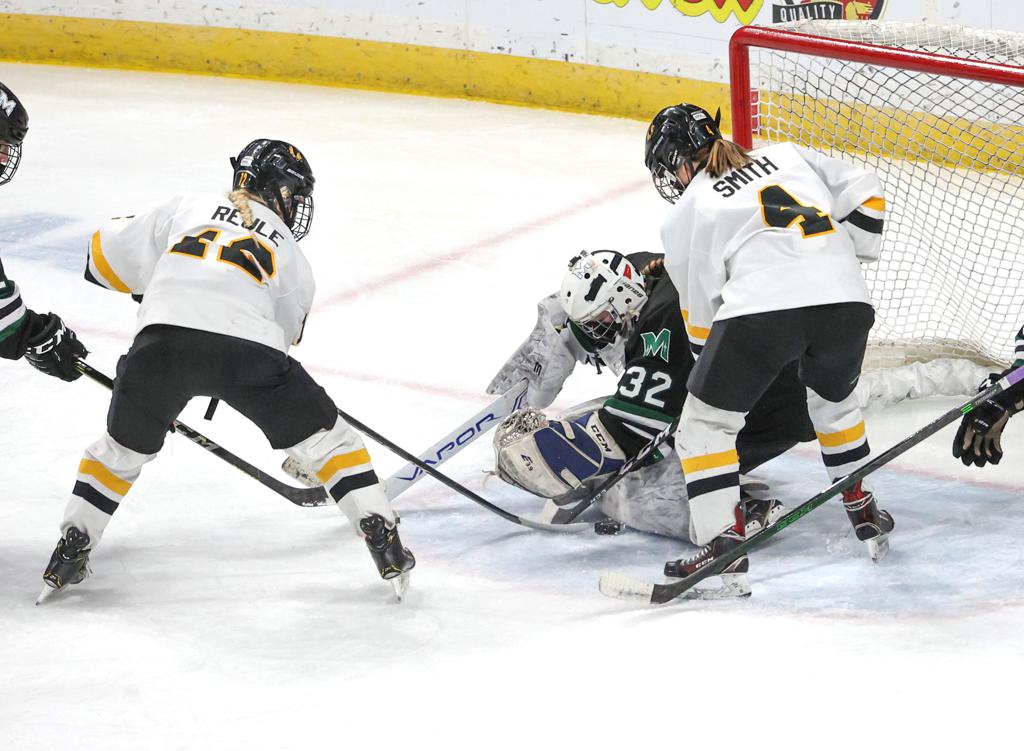 Proctor/Hermantown goaltender Abby Pajari (32) makes a save in the second period under pressure from Warroad's Abbey Reule (12) and Reanna Smith (4). Photo by Cheryl A. Myers, SportsEngine

Proctor/Hermantown senior Alyssa Watkins has heard all year how good 12-time state participant Warroad can play. But she and her teammates showed why they’re a team from northern Minnesota that deserves some love, too.

The third-seeded Mirage upset No. 2 seed Warroad 3-1 on Thursday in a Class 1A semifinal at Xcel Energy Center, thanks to a two-goal second period that included Watkins’ sixth goal in two tournament games.

“To see us come down and show that we’re just as good, if not even better than they are, it means a lot,” Watkins said. “Especially being the first team in program history to even make it to the state championship is definitely something to be proud of.” 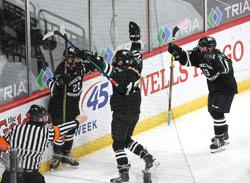 After Warroad’s Abbey Hardwick made it 1-0, Proctor/Hermantown changed the momentum with six-tenths of a second left before the first intermission when freshman Hannah Graves crashed the net and scored the first of her two goals.

In the fourth minutes of the second period, Graves scored off a rush for a 2-1 lead.

“These are the games that players like her can make a difference, and she did that today,” Mirage coach Emma Stauber said. “She’s got great size, she’s got great strength and today she made some really, really good decisions.”

Coach Dave Marvin of Warroad (20-2) acknowledged the deflating momentum shift from giving up the tying goal while also saying his team had the whole game to score.

“But their goalie played well, and they defended extremely well,” Marvin said. “We got beat today by a better team.”

A tying goal with sixth-tenths of a second left in the first period and then a two-goal second period helped Proctor/Hermantown reach its first state championship game with a 3-1 upset victory over Warroad.

Freshman Hannah Graves scored the first two goals before senior Alyssa Watkins added her sixth goal of the tournament to keep the No. 3 seed Mirage undefeated (20-0) in the first Class 1A semifinal game Thursday at Xcel Energy Center.

Mirage junior goaltender Abby Pajari made 31 saves to improve to 11-0-0.

The Mirage reach its first title game in six trips to the state tournament. The program lost to Warroad in the 2019 semifinal.

Senior Abbey Hardwick gave Warroad (20-2) a 1-0 lead in the first period. The Warriors fell just short of the title game for the second consecutive season. Warroad also finished as the Class 1A runner-up in 2018 and 2019.