Notes and bits from the last day of the state tournament 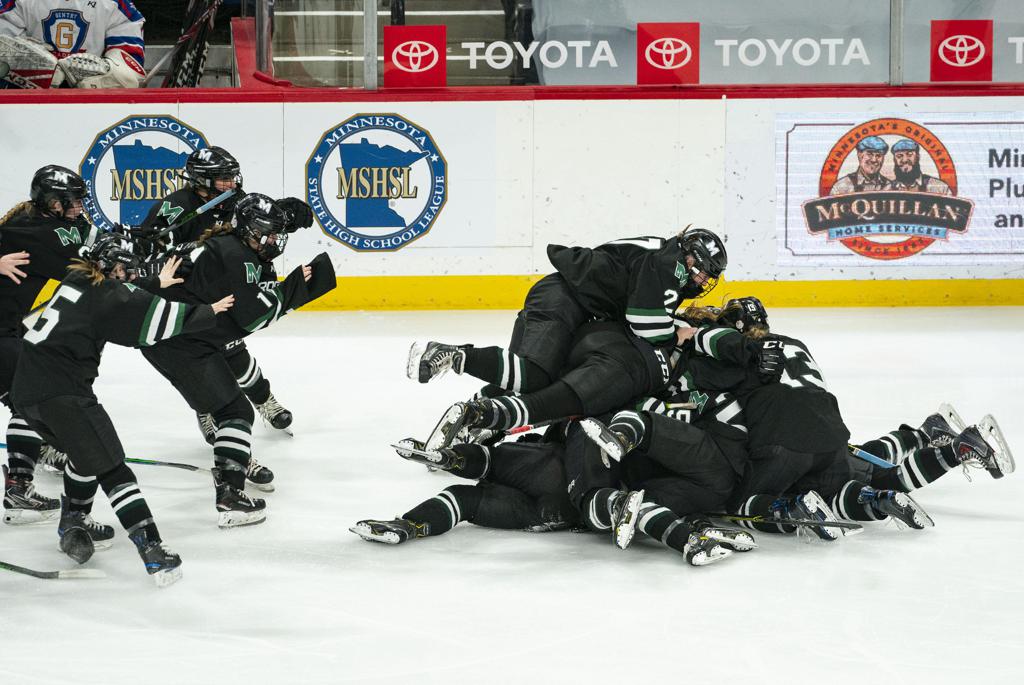 Proctor/Hermantown becomes the eighth program since the tournament divided into two classes in 2002 to win a Class 1A girls’ hockey state title.

Gentry Academy of Vadnais Heights finished runner-up in its first year as a varsity program.

This was only the second 1A title game in the past 15 tournaments that didn’t include either Breck or Blake (which moved to Class 2A in 2018). Warroad won back-to-back titles in 2010 and 2011.

Mirage second-year coach Emma Stauber, who scored a goal in the state quarterfinals as a player for the program in the 2010 state tournament, led her team to a state championship from behind the bench two seasons after winning a championship as a professional player when she won the Isobel Cup with the Minnesota Whitecaps in 2019.

That game was also decided in overtime.

“I know it from a player perspective … the Isobel Cup was a highlight in my career and something that I’ll never forget, and I’ll get to carry that with me,” Stauber said. “I’ve been able to just portray some of my experiences on these girls and get them to truly believe.”

Teams played fewer games this season because their schedules didn’t start until mid-January due to the COVID-19 pandemic.

Rare air for Chorske
When she took her first shift Saturday, Edina forward Hannah Chorske is believed to have become the first girls’ hockey player to appear in four consecutive Class 2A state championship games.

One of 10 Ms. Hockey semifinalists, Chorske now has played on three Class 2A state championships. The Hornets finished runner-up to Andover last season.
Chorske, who has committed to Harvard, had two assists in the Hornets’ 4-0 victory over Minnetonka in the semifinals.

Awards
Minnetonka senior defenseman Rory Guilday was named the winner of the Class 2A Herb Brooks Award. The winner of the same award in Class 1A was Abbey Hardwick, a senior forward from Warroad who scored in the semifinal against Proctor/Hermantown.

The postgame ceremonies looked different from past years.

Instead of gold and silver medals presented individually to each player, the public address announcer directed a representative from each team to come forward and collect the championship hardware.

Also, no all-tournament team was selected.