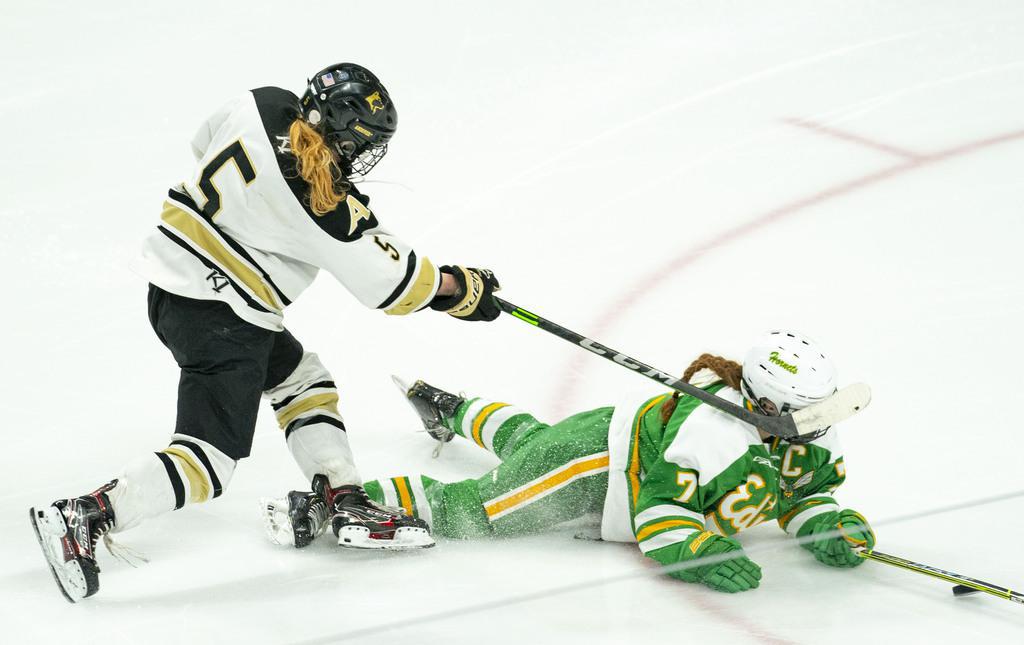 One final reminder of a disrupted high school hockey season came Saturday as the top girls’ players met in Coon Rapids rather than St. Paul to learn which skater would be named Ms. Hockey.

The move made Andover senior Peyton Hemp a double winner. All of the glory with a fraction of the commute.

“It’s such an honor to bring this back to the community,” Hemp said.

A community effort made it possible for Hemp to receive the state’s top individual award. The coronavirus pandemic forced many teams to schedule only within their conferences. For top-ranked Andover, that meant mostly lopsided results. Practices often provided the Huskies their best opponent.

“Our team brought that intensity to practice every day this season,” said Hemp, who has committed to play for the Gophers. “We knew we didn’t have the schedule we wanted. So we kept pushing each other to reach our goals.”

Hemp counts Claire Butorac and Grace Halvorson, senior captains from the 2017-18 season, as influential to her own brand of leadership.

From Butorac she got commitment, the drive to give it her all every day. Halvorson modeled a kindhearted leader who included everyone. Hemp, then a freshman, learned well.

“When your best player is your most humble player, your hardest working player, other players follow that example,” Andover coach Melissa Volk said. “That’s very rare for an elite player.”

Hemp added some personal touches, among them what Volk called a “fiery spirit” she will miss every day at the rink.

“I never had to say much,” Volk said. “She’s self motivated. She’s never complacent. That’s why I’m excited about her future.”

The other Ms. Hockey finalists were Emma Conner of Edina, Rory Guilday of Minnetonka, Genevieve Hendrickson of Warroad and Grand Rapids/Greenway’s Claire Vekich.

Brynn DuLac of Minnetonka was honored with the 2021 Senior Goalie of the Year award. Both awards are sponsored by Let’s Play Hockey and the Minnesota Wild.