Play it again: Edina, Andover lead our Way-Too-Early Class 2A Top 10 teams for next season

See next season's contenders in both classes, and the potential finalists for the Ms. Hockey and Senior Goalie of the Year awards. 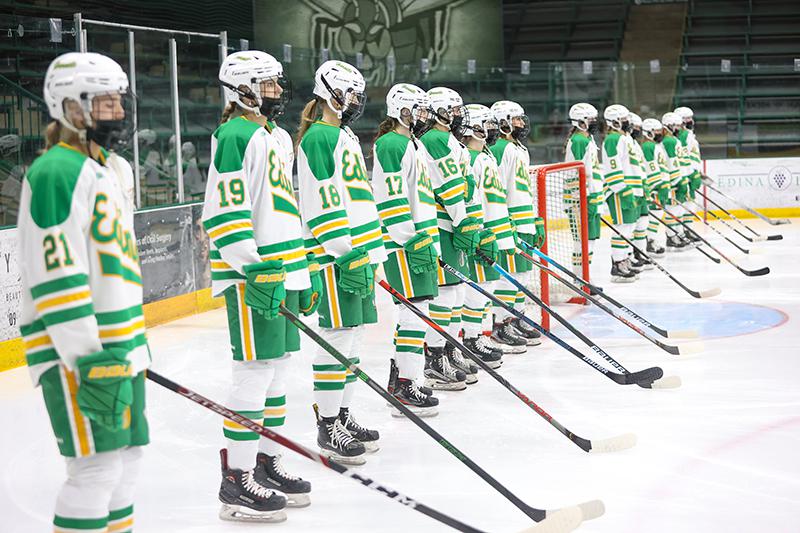 Edina, which has played Andover in each of the last two Class 2A state championship games, leads the way in our annual Way-Too-Early Top 10 rankings. Photo by Cheryl A. Myers, SportsEngine

Surely Edina and Andover can’t meet in every state Class 2A championship from here to eternity.

Analyzing Edina’s and Andover’s standout returnees and strength of youth programs, and then projecting potential state title game showdowns is like looking into a room of funhouse mirrors and seeing the same image repeated thousands of times.

Of course, it’s WAY too early to take a deep dive on the 2021-22 season, given the ice chips have barely settled on Edina’s thrilling 2-1 title-game victory over Andover. But, then, what better time than now to ride that wave of excitement?

For the purposes of these prognostications, we’re assuming Gentry Academy, led by super-scorer Cara Sajevic, is moving up to Class 2A starting next season, which only makes choosing the state's top 10 big-school teams even more difficult. Along those lines, instead of listing The Next 5 teams after the top 10, as we’ve done in the past, we’re going with The Next 10 — knowing full well we’ll still be missing on some high-powered teams worthy of mention. 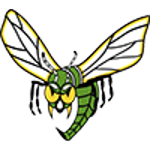 Conner is a special talent, one of those rare goal scorers who can carry a team to victory after victory simply by flexing her wrists and flicking pucks into corners of the net of her choosing. The University of Minnesota commit scored 34 goals last season as the Hornets’ unquestioned go-to gunner. Chorske, a 29-point scorer committed to Harvard, is another rare talent who will be lost to graduation. After those two, however, Edina, which went 22-0-0, returns much of its lineup intact, highlighted by junior defender Vivian Jungels, another Minnesota commit. The latest tour de force to emerge from Edina’s seemingly never-ending supply of Jungels family superstars, Vivian racked up 31 assists last season and, along with ace goaltender Uma Corniea, a sophomore committed to Princeton, make the Hornets instant title contenders. Again. Sophomore Lauren Zawoyski (19 points) and freshman Hannah Halverson (17 points) are future stars for a program that has reached every state Class 2A title game since 2017 (winning four of five titles). Juniors Haley Maxwell and Berit Lindborg have committed to Ohio State, and fellow junior Jane Kuehl to Princeton. 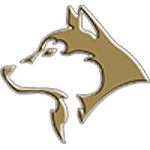 The bad news for the Huskies, compared to Edina, is they lose much more firepower to graduation. Ms. Hockey award winner Hemp and Krause alone accounted for a combined 60 goals last season. The good news? The Huskies had much more firepower to lose compared to Edina, or any other team in the state, for that matter. Andover scored a state-best 194 goals last season, 45 more than next-best Proctor/Hermantown, the Class 1A champion. Sophomore Ella Boerger scored 27 goals last season, second most on the team. Two more sophomores, forward Madison Brown (18 goals, 17 assists) and goaltender Courtney Stagman (16-1-0, 0.53 goals-against average, . 950 save percentage) help make the future look more than promising for the Huskies, who also should benefit from a flood of talent from the state’s 15U A championship squad.

Right about here is where we typically ask, “Who can challenge Edina and Andover at the top?” While there never seems to be a clear answer, Minnetonka has the returning firepower and stuffed-with-talent feeder system to at least elbow its way into the discussion. Losing one of the state’s top defenders in Guilday and arguably its best goaltender in DuLac presents some challenges, sure, but 20-goal scorer Grace Sadura, a sophomore, gives the Skippers instant offense. The freshman tandem of Kendra Distad (11 goals, 13 assists) and Lindzi Avar (7 goals, 12 assists) finished second and third in scoring for the Skippers, who went 16-4-3 and lost 4-0 to Edina in the semifinals of the state tournament.

Also part of the annual WAY-too-early routine is to drop Hill-Murray somewhere into the top 10. Although the Pioneers canceled four games late in the season because of COVID-19 protocols and failed to reach the state tournament for just the second time since winning back-to-back championships in 2014 and 2015, we foresee them to be back in top form in 2021-22 (not that a 14-3-0 record and 1-0 section final loss to Stillwater indicates any sort of decline in the Pioneers’ empire). Superb freshman seasons from forward Chloe Boreen (19 goals, 5 assists) and goaltender Grace Zhan (11-3-0, 1.21 goals-against average, .938 save percentage) offer plenty of reason for optimism. University of Minnesota commit Allie Franco, a junior, is another big-time talent. She scored 10 goals and added 11 assists last season.

Four of the Cougars’ five losses last season came against state tournament entrants and South Suburban Conference rivals Eastview and Farmington. A 3-2 section final loss to Farmington proved to be especially excruciating, given the Tigers scored with 35 seconds left in the third period. Expect Lakeville South to be the team scoring clutch goals next season, as the Cougars are expected to return one of the state’s most formidable forward lines in juniors Taylor Otremba, Ryann Wright and Claire Enright. Otremba, a Minnesota State-Mankato commit, scored a team-best 25 goals last season, Wright had a team-leading 22 assists and Enright, a Minnesota recruit, had 17 goals and 13 assists.

The Cougars knocked off Blaine and Maple Grove to reach the state tournament, authoring a great feel-good postseason story. A not-so-great story: Centennial was forced to forfeit its state quarterfinal against Edina because of COVID-19 protocols. So now what? Well, the Cougars figure to be fully motivated to not only reach — but play in — next year’s state tournament. And they have the players to get there, starting with 26-goal scorer Megan Goodreau, a junior who finished with 45 points. Centennial, in fact, returns all three of its top scorers, including sophomores Lauren O’Hara (17 goals, 20 assists) and Ella O’Hearn (9 goals, 7 assists). Goaltender Kaitlin Groess is coming off a sensational freshman season (13-5-0, 2.61 goals-against average, .913 save percentage).

Yes, you read that right up above — Key losses: None. That’s a good omen for any team, but especially one that rattled off 11 straight victories before falling in a section final to Minnetonka. Also worth noting: Five members of the Fire have committed to Division I colleges. Sophomore Grayson Limke is the top returning scorer, having led the team in goals (13), assists (15) and points (28). Junior Shae Messner (10 goals) is the only other Fire player that reached double digits in goals. Sophomore Sedona Blair (9-5-2, 1.59 goals-against average, .939 save percentage) was the No. 1 goaltender.

The biggest knock on the Red Knights the past few seasons has been that they play out of Section 6. Same as Edina. Yelp. The Hornets beat Benilde-St. Margaret’s 3-1 in the section final this season after knocking out the Red Knights in the section semifinals in 2020. A few things will need to happen for Benilde-St. Margaret’s for that trend to end, starting with another big season from Mary Zavoral. A junior forward, Zavoral scored 11 goals and added nine assists to lead the Red Knights in scoring for a second straight season. Standout defender Emma Peschel, a junior committed to Ohio State, finished second in scoring with 17 points, and junior forward Emma Hoen (5 goals, 11 assists) was third. Most crucial will be finding a replacement for standout senior goaltender Greene. Junior Allie Van Stelten didn’t allow a goal in her two starts last season and might be the answer.

A state tourney semifinalist that returns its top scorer, top defender and standout goaltender? Sounds like a recipe for continued success. Eastview had the misfortune of colliding with high-powered Andover in a state semifinal (7-0 loss), but otherwise proved it could beat most any team playing any style. Victories by 6-4 or 5-3 margins were interspersed with 1-0 triumphs, all adding up to a 16-5-2 record. Yale commit Avery Chesek, a junior forward, returns after amassing team-bests of 22 goals and 36 points. Junior defender Nora Stepan was outstanding at both ends of the rink, totaling eight goals and 21 assists. Junior Angie Lombardi played all but 18 minutes, 30 seconds in goal, posting sparkling statistics (16-5-2, 1.78 goals-against average, .936 save percentage) that offered no reason to put her anywhere but between the pipes.

There’s no better asset than great goaltending, and the Bengals have one of the metro area’s elite in sophomore Hailey Hansen (11-8-0, 2.91 goals-against average, .924 save percentage). Hansen’s margin for error is razor thin, given that Blaine had no players with more than seven goals or 14 points last season. For what it’s worth, the Bengals will lose only one of their top seven scorers. Sophomore Shelby Sandberg (7 goals, 7 assists) figures to improve on her totals, as does junior Maddie Andrle (6 goals, 6 assists).

Senior Goalie of the Year