Sloane Matthews had each of the Trojans' two goals in the victory over the Red Knights on Tuesday. 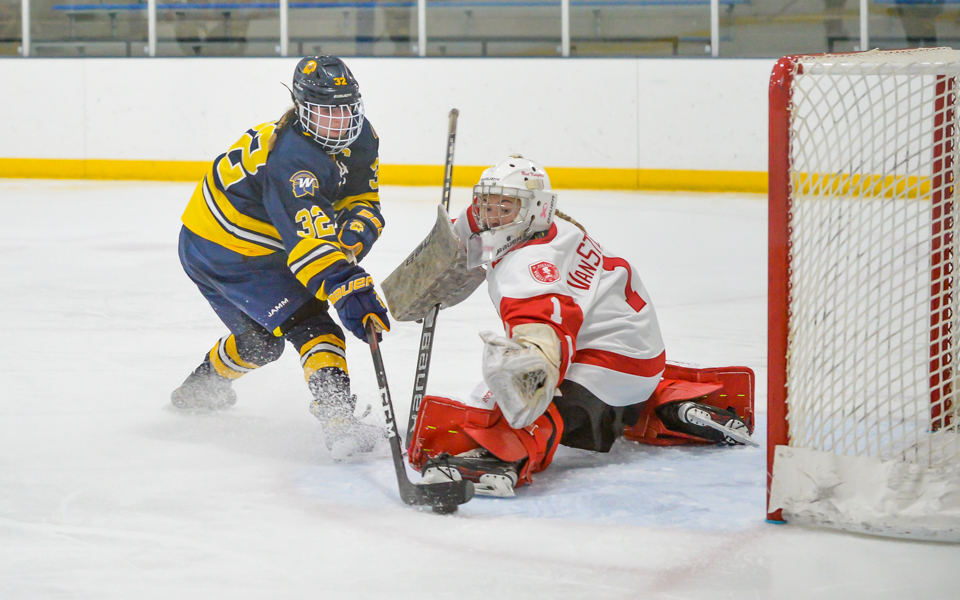 The Trojans’ Sloane Matthews scores the game winning goal while picking up her second tally of the evening as the Trojans went on to defeat the Red Knights 2-1 at the St. Louis Park Recreational Center. Photo by Earl J. Ebensteiner, SportsEngine

Sloane Matthews brings a plethora of skills to the hockey rink each night.

She has all the necessary qualities to be a great hockey player, and it’s shown this season, leading her team with seven goals through five games.

But the one skill that seems to trump them all is speed.

That speed helped her Wayzata squad pick up a big 2-1 win over Benilde-St. Margaret’s in Class 2A action Tuesday night at the St. Louis Park Rec Center.

“Her speed is just nasty...it kills,” Wayzata head coach Taylor Williamson said. “Her ability, when she gets it tight with the net and gets that quick shot off...she’s the full package.” 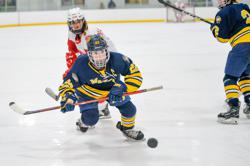 That full package was on display Tuesday night. The Ohio State commit scored her sixth and seventh goals of the season in the game. Both unassisted, both on breakaways.

“The first one, I saw the opening right over the goalie’s shoulder so I went for it,” Matthews said.

“[Benilde-St. Margaret’s] set up really well,” Wayzata goalie Annika Lavender said. “They run a lot of systems very well and they have some girls who can really carry the puck.”

The Red Knights got on the board first when forward Mary Zavoral found the back of the net at the 8:49 mark of the first period.

Matthews and company responded, however, drawing themselves back into the game.

“I wouldn’t say we really didn’t hit our stride until the third period,” Lavender said of her team’s performance after falling behind early.

It was the third period where Matthews once again shined. The senior made a slick move to shake and get past a defender, before sliding the puck past Red Knight goalie Allie VanStelton to give Wayzata a 2-1 lead.

“It was just kind of instinct,” Matthews said. “I like to do the cutback move, cause I like my edges. I just decided to go for it, and hoped it would work.”

It did work, and it proved to be the ultimate difference maker in Tuesday’s game.

“It’s really a comfort knowing that, ‘okay even if we make mistakes, we have strong forwards like Sloane who can go in and bury the puck in the back of the net,’” Lavender said. “She’s been a leader on the team since her eighth grade year and she just showed that that position is well deserved.”

After five games to start the year, Matthews has 7 goals and 6 assists. A fast start that coincides with the team's early-season success.

“It’s in big games where you see not just good players, but the best standout and thrive, and that’s Sloane Matthews,” Williamson said.

When asked what the biggest factor was in contributing to her success, Matthews said the utilization of her speed and maneuverability on defense have been huge.

After outscoring its opponents 22-3 in its first five games, Tuesday was the first real test for the Trojans. The game showcased where the team is succeeding and where it needs improvement.

“It shows that we have a lot of work to do,” Williamson said. “Go back tomorrow and put our hard hats on and keep figuring out what we got to do to become a better team.” 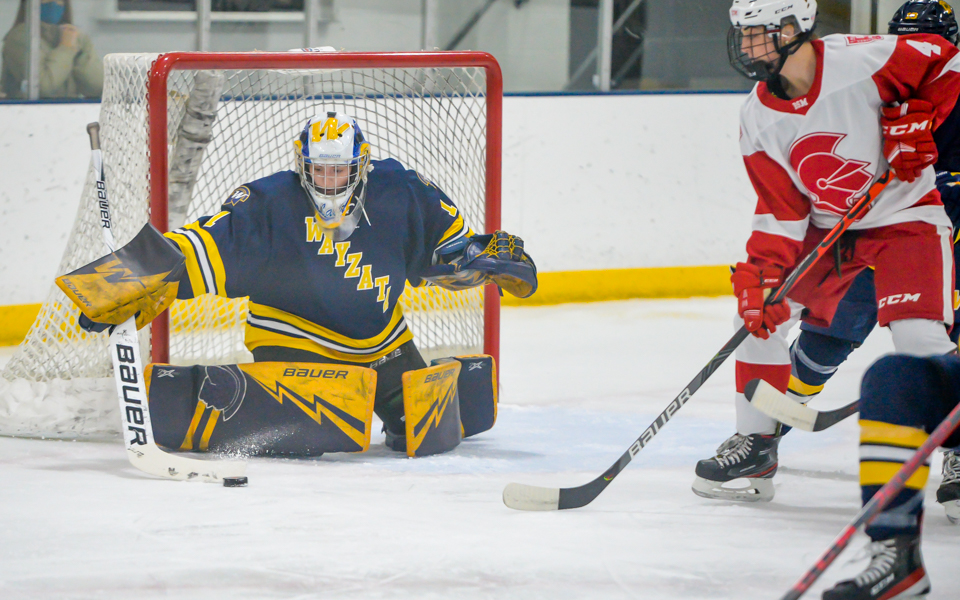 Both teams had their chances in the opening minutes, but Benilde-St. Margaret's (0-2-1) began to separate itself from the Trojans in the first period. Outshooting Wayzata 10-6, the Red Knights, ranked No. 5 in the Nov. 15 Class 2A Let’s Play Hockey poll, finally found the back of the net when senior forward Mary Zavoral scored with assists from Emma Hoen and Keegan Gustafson.

It was midway through the second period when No. 7-2A Wayzata (5-0) found its footing. Julia Lindahl, Matthews and Courtney Jacobs all had good looks at net before Matthews, on the breakaway, went top shelf. Her sixth goal of the year tied the game up 1-1.

As the third period got started, it was once again the Trojans who seemed to have the upper hand controlling the puck. After two chances at a goal by Mallory Coffin and Olivia Reem, it was once again Matthews who found the spark.

On another breakaway, Matthews made a beautiful move to get past a Red Knight defender, before sliding the puck past goalie Allie Van Stelten at the 8:31 mark of the final period. It was the seventh goal of the season already for Matthews, and it gave Wayzata the game-clinching 2-1 lead, despite being outshot 29-20. 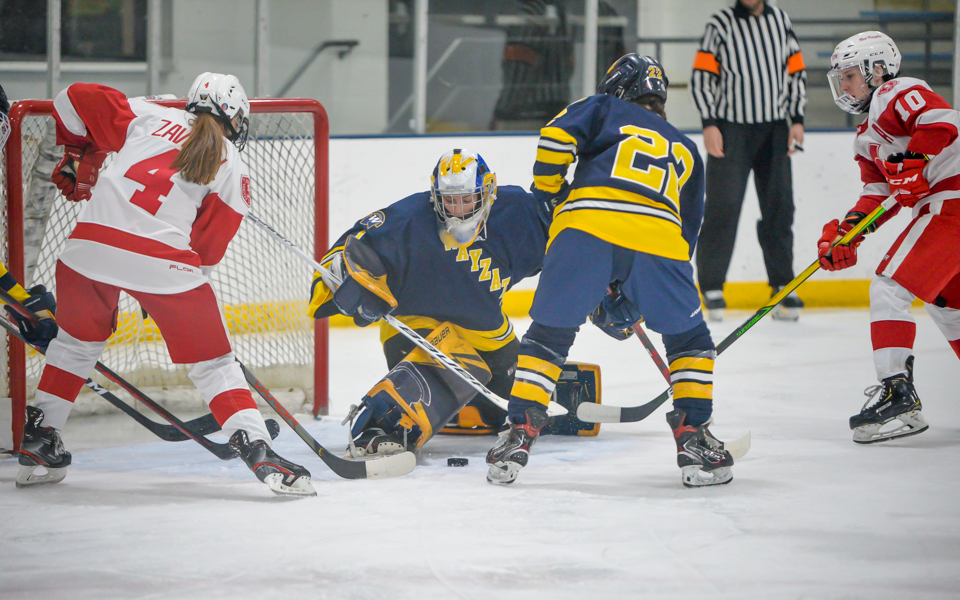 The Red Knights' Mary Zavoral (4) picks up the lone goal for Benilde-St. Margaret's as it loses to Wayzata at home 2-1. Photo by Earl J. Ebensteiner, SportsEngine