Another Holy Family win means another ring of the victory bell. 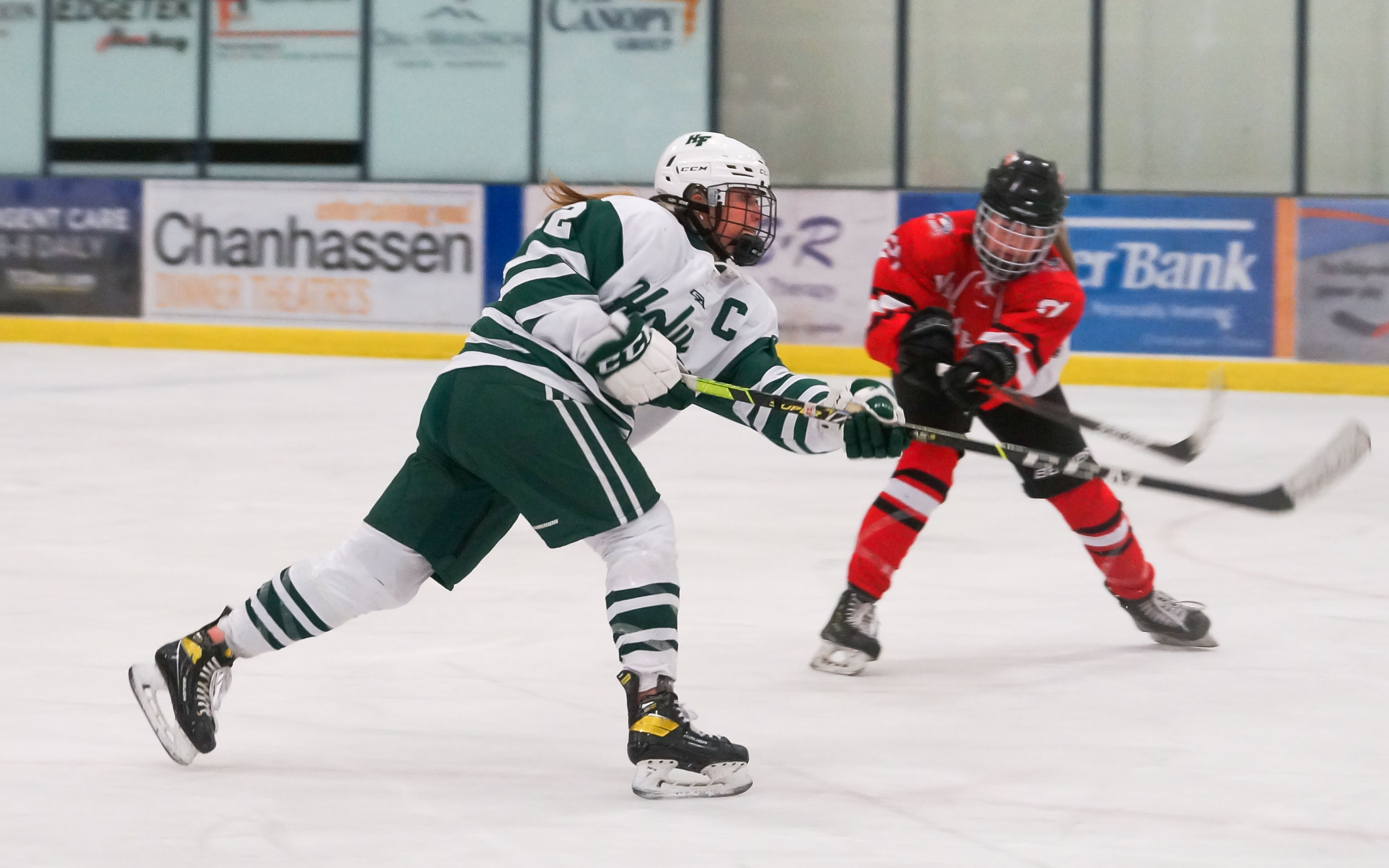 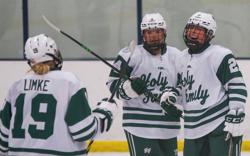 This year, the Fire have started passing around a firefighter’s helmet each game to a appointed player, and that player rings the aptly-named victory bell in celebration of their win. The honor is not always awarded to the player who scores the most points. The honor of the firefighter’s helmet and Victory Bell ring can be given to anyone who made a positive impact in the game, whether it be on the score sheet or a positive and motivating attitude on the bench.

Though not tonight’s victory bell ringer. Senior Madison Kaiser did lead the Fire (12-2-1) on the score sheet in their 6-1 win over Mound Westonka, scoring three goals for her first hat trick of the season. The Fire tallied two goals in each period, including Kaiser’s first goal with 34 seconds left on the clock in the first period.

“We came out and overpowered them right away,” Kaiser said. “We have found the back of the net quite a bit in the last few games, and especially tonight, and that helps keep our motivation up throughout the game.”

Even though the Fire have been hot recently—winning their last nine games and scoring four or more goals in all but one of those wins—Kaiser said the team treats all games the same.

“Every game we play, we have to play as if it’s against a top team,” Kaiser said. “We always have to keep that mindset. In the last few games we’ve been on a good streak, so that keeps us motivated.”

Fire head coach Randy Koeppl knew that entering the game, the White Hawks were also an 11-win team, but didn’t let that change his team’s game plan—even considering the White Hawks’ powerful offense had outscored opponents 67-31 in their first 14 games.

“We were worried more about our game plan and what we wanted to do versus what a team was going to do to us,” Koeppl said. “We stress D-zone coverage big time, more so than probably 90 percent of the high school teams. It’s one of the first things we work on in the beginning of the season.”

Eight Fire made their way onto the score sheet, with two-point games coming from Grayson Limke, Justina Valentini and Shae Messner—who recorded her 50th career goal on the first goal of the game.

It’s always helpful to know a bit about an opponent going into a game, and Koeppl noted that some of the Fire are familiar with opponents they play often—the White Hawks included.

“Most of our athletes play with some of their players in the elite leagues in the fall, so they understand the quality of players that those kids are,” Koeppl said. “They know what they’re up against since they’ve grown up playing against each other, so they know each other well.”

Koeppl is excited to see what else the Fire can accomplish the remainder of this year.

“This has been the culmination of four to five years from when we started the program,” Koeppl said. “We started the program four years ago when a lot of these players were playing as seventh and eighth graders. They like each other, they respect each other, and they’re all very close. They try like heck to play the game the right way.” 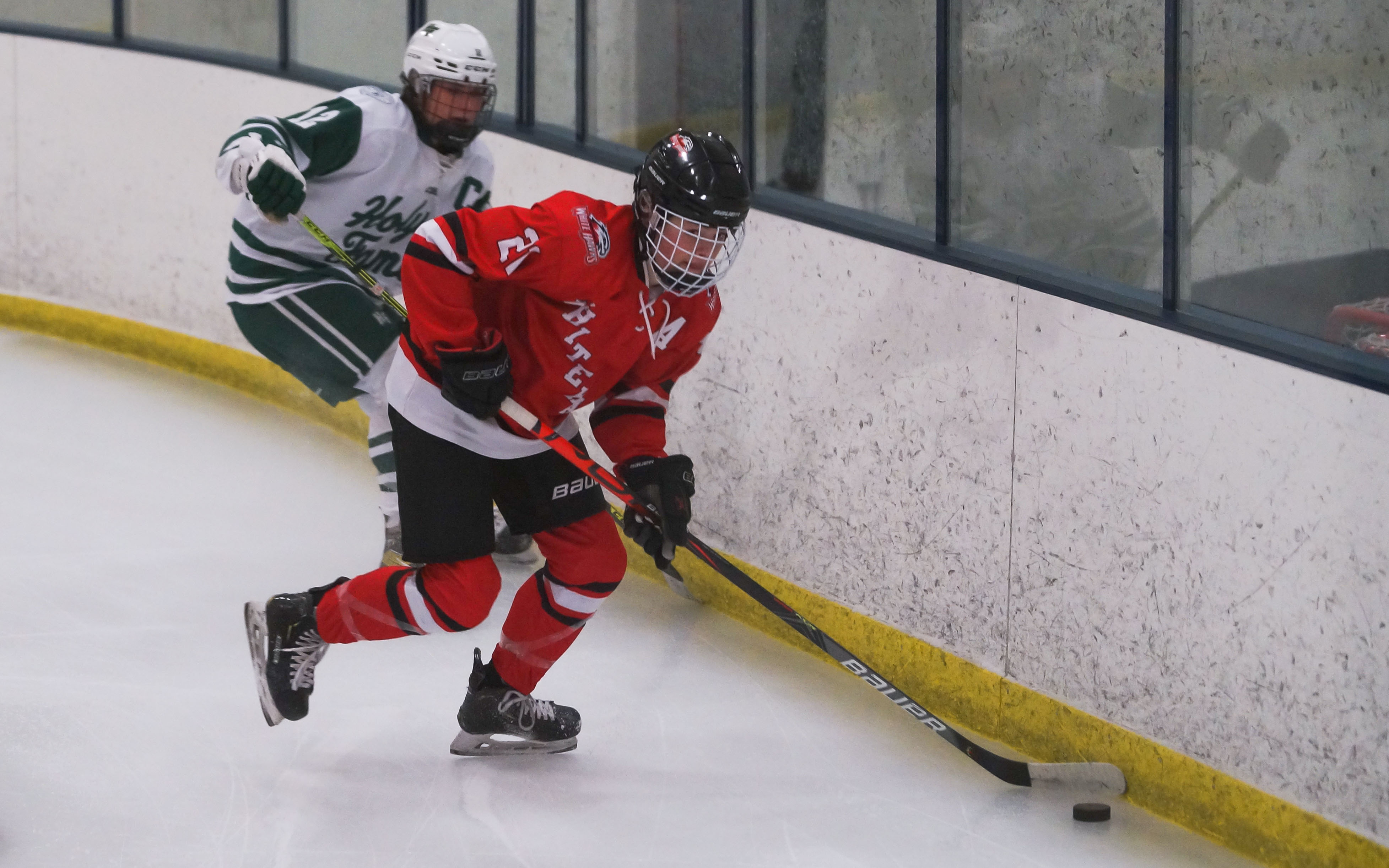 Holy Family Catholic’s Maddie Kaiser recorded her first hat trick of the season to lead the Fire to a 6-1 victory against Mound Westonka on Thursday evening at Victoria Ice Arena. The senior forward is leading the Fire with 24 points (15 goals, nine assists) through 15 games.

The Fire (12-2-1) netted two late first-period goals to take a 2-0 lead after the first period and never trailed. Eight Fire tallied points in the win, including two points each for Grayson Limke, Justina Valentini and Shae Messner. 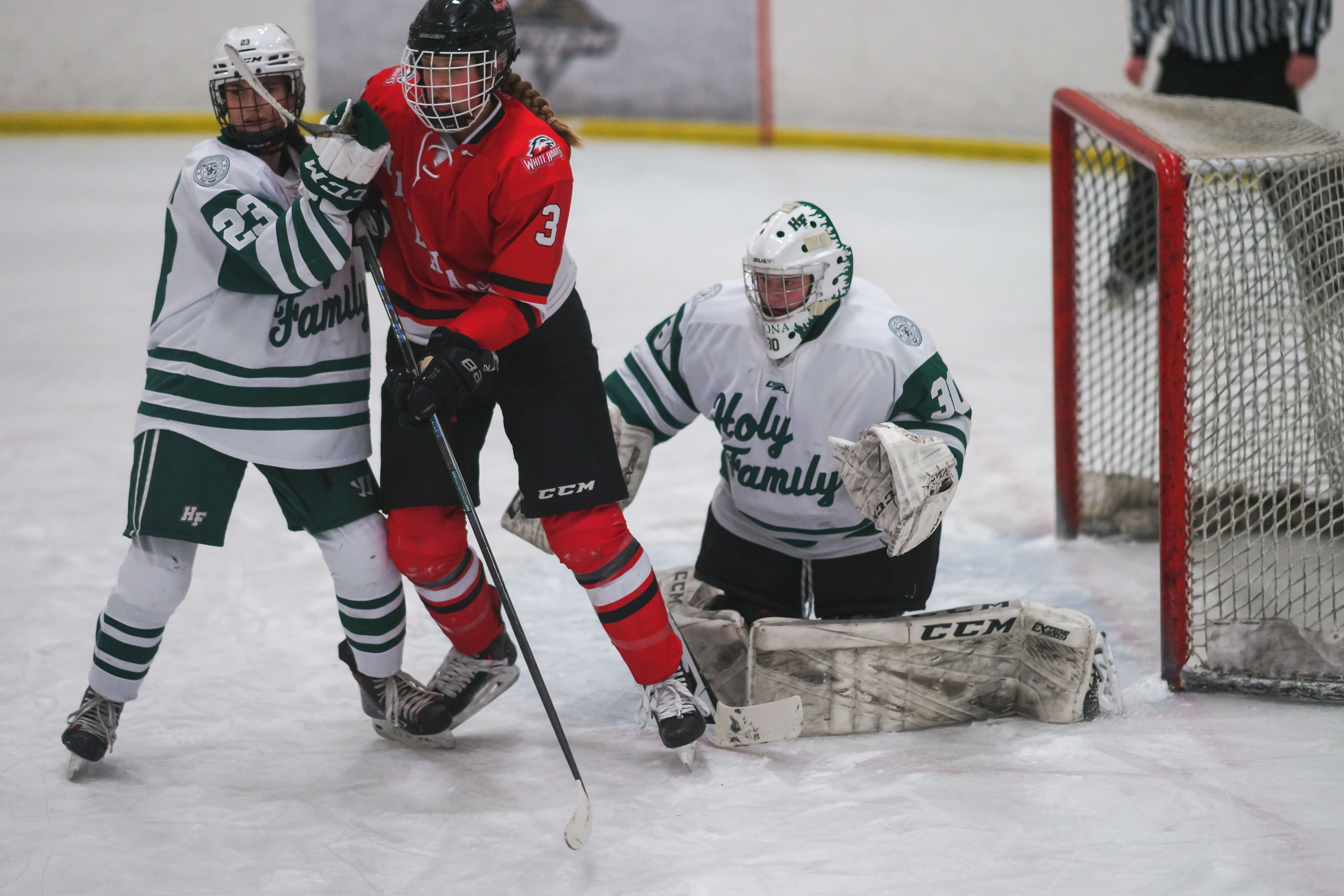