The Spartan's constant pressure proved to be too much for the Packers. 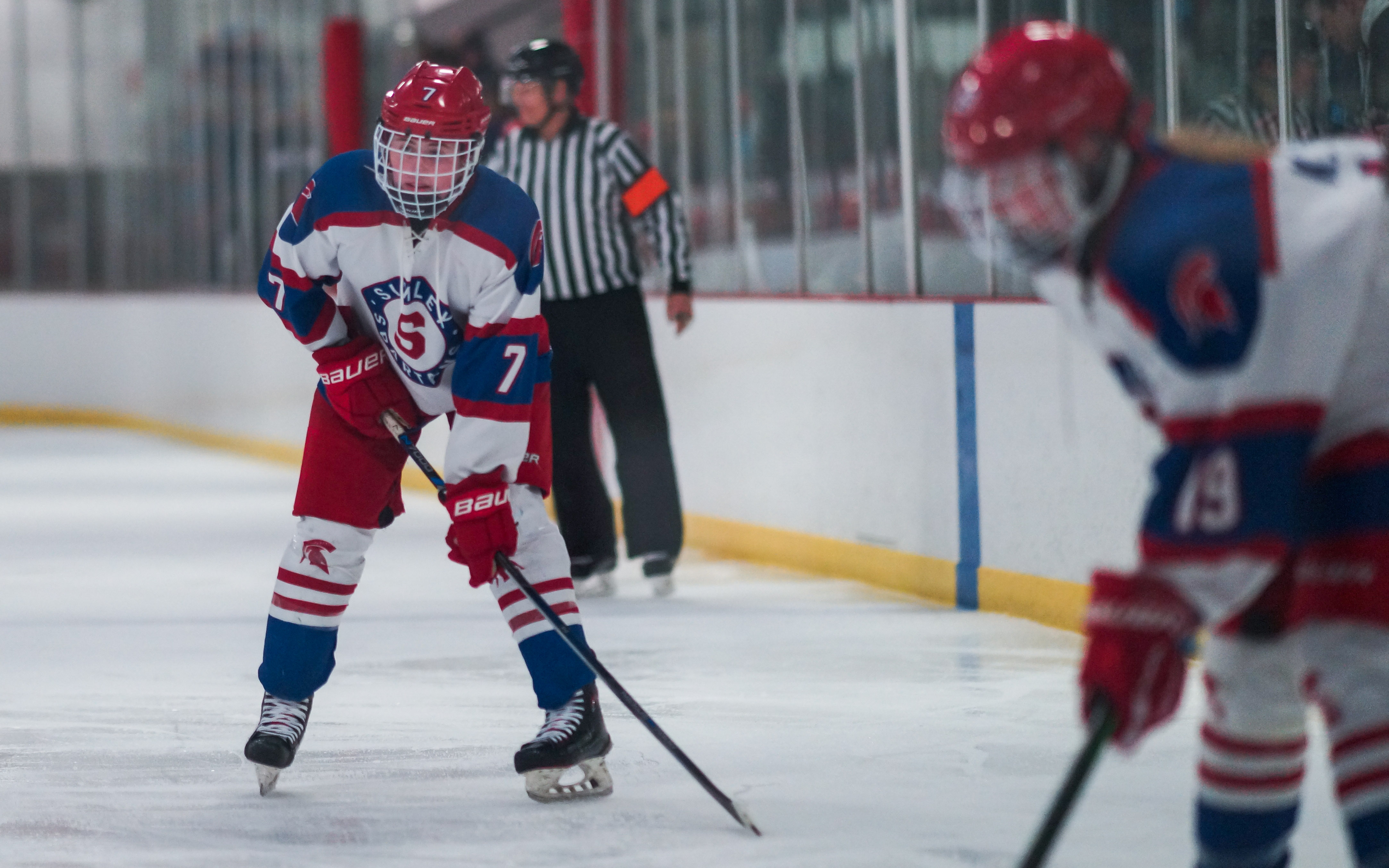 Simley junior Olivia Patnode (7) got the first goal of the game, and her first varsity goal, Friday night in a 3-1 win over South Saint Paul. Photo by Korey McDermott, SportsEngine 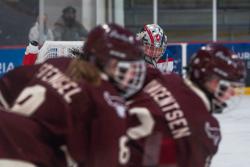 A 3-1 win versus Metro East Conference rival South St. Paul Friday means Simley has already won twice more than all of last year with one game to spare.

And the Spartans got a little revenge as well. The Packers, a team that often contends in Class 1A, Section 4, had won the previous head-to-head between the two teams 2-1 on Dec. 23.

But this time Simley (13-4-2, 6-2) was ready, outshooting the Packers by a wide margin and never giving the lead back when Olivia Patnode scored early in the second period.

One more win will give the Spartans as many wins as the last full season, 2019-2020, and there are still six games remaining on the schedule. Simley head coach Tom Patnode thinks the improvement is no surprise.

With the section playoffs fast approaching, both South St. Paul and Simley figure to be contenders in Class 1A, Section 4. But advancing through the field will not be easy.

Simley, South St. Paul, Two Rivers/St. Paul and Chisago Lakes are all ranked in the top 20 of Class 1A, according to the most recent coaches' poll. And a Spartans team with only four losses on the season feels like it has made a jump forward.

“I think we’re playing more as a team,” said Olivia Patnode, a junior who is the daughter of head coach Tom Patnode and who scored her first career varsity goal Friday.

Like many other teams in the state, Simley has battled COVID-19 and other illnesses throughout the season. Patnode said tonight was the first time in more than a month where they had the full varsity lineup available, but forward Courtney Kurowski also left Friday's game due to injury.

Despite those challenges, the Spartans feel they have risen to the challenge.

South St. Paul (9-9-1, 4-3) dropped to a .500 winning percentage on the season, playing through a challenging schedule with more than half its opponents holding top-20 rankings in the state polls. The Packers advanced to the section title game last season where they lost to Gentry Academy 5-4.

South St. Paul won the section title in 2020, advancing to the state tournament. 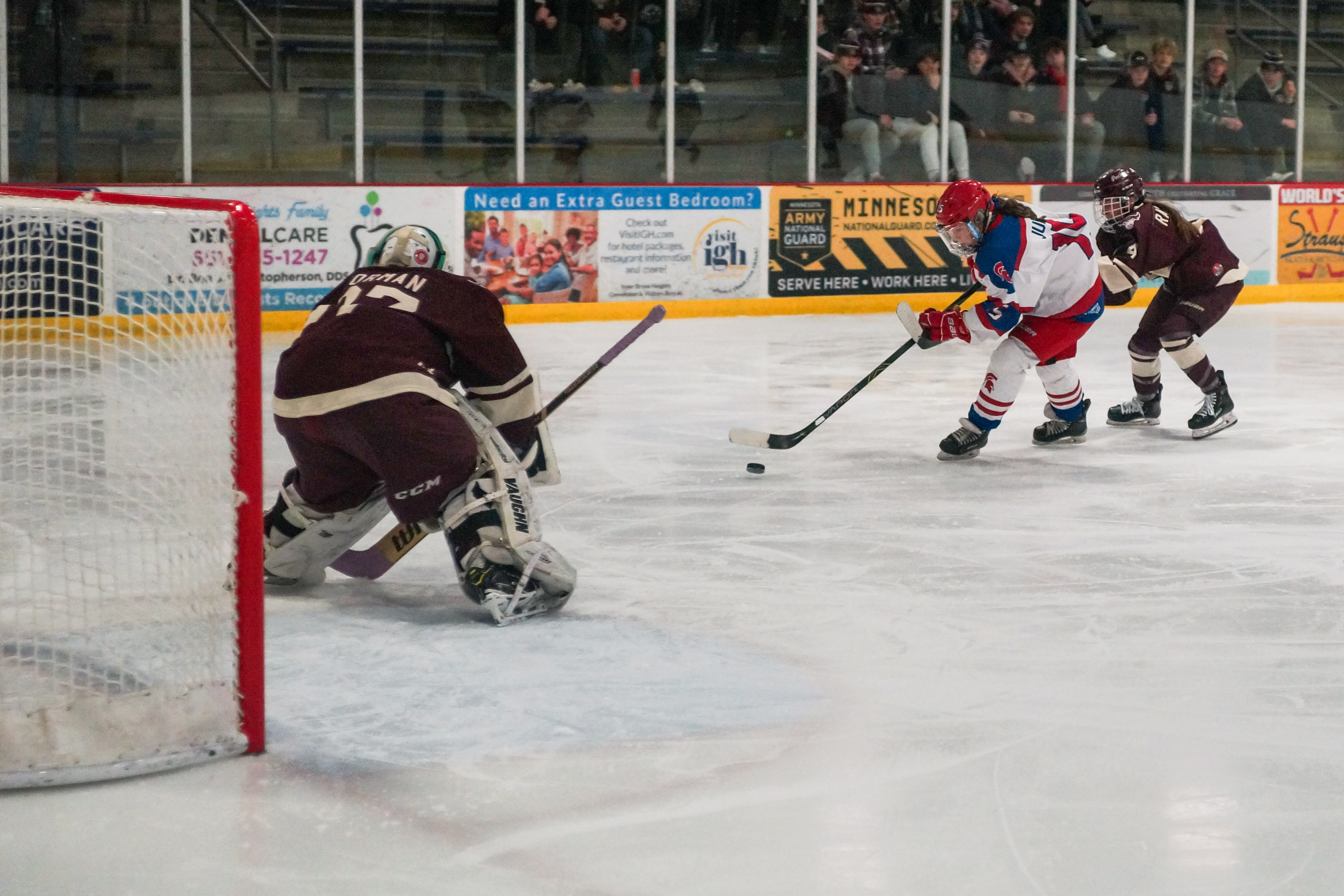 Olivia Juers fires a backhanded shot for Simley in a game against South Saint Paul. Photo by Korey McDermott, SportsEngine

Simley was rewarded for putting the pressure on Metro East Conference rival South St. Paul all game with a 3-1 victory at home Friday.

Simley led in shots throughout until Olivia Patnode broke a 0-0 tie with her first-career varsity goal early in the second period.

Leading in shots 18-6 after two periods, Simley held on to a one-goal lead until Olivia Juers was credited with a power-play goal and a 2-1 lead with 11:25 left in the game.

South St. Paul cut the deficit to 2-1 on a power-play goal by Lily Pachl five minutes later, but the Spartans wrapped the game up when Ella Tuccitto scored on an empty net with 49 seconds left.

Goaltender Delaney Norman made 26 saves for the Packers, while the Spartans’ Makenzie Gibson stopped 13 shots. 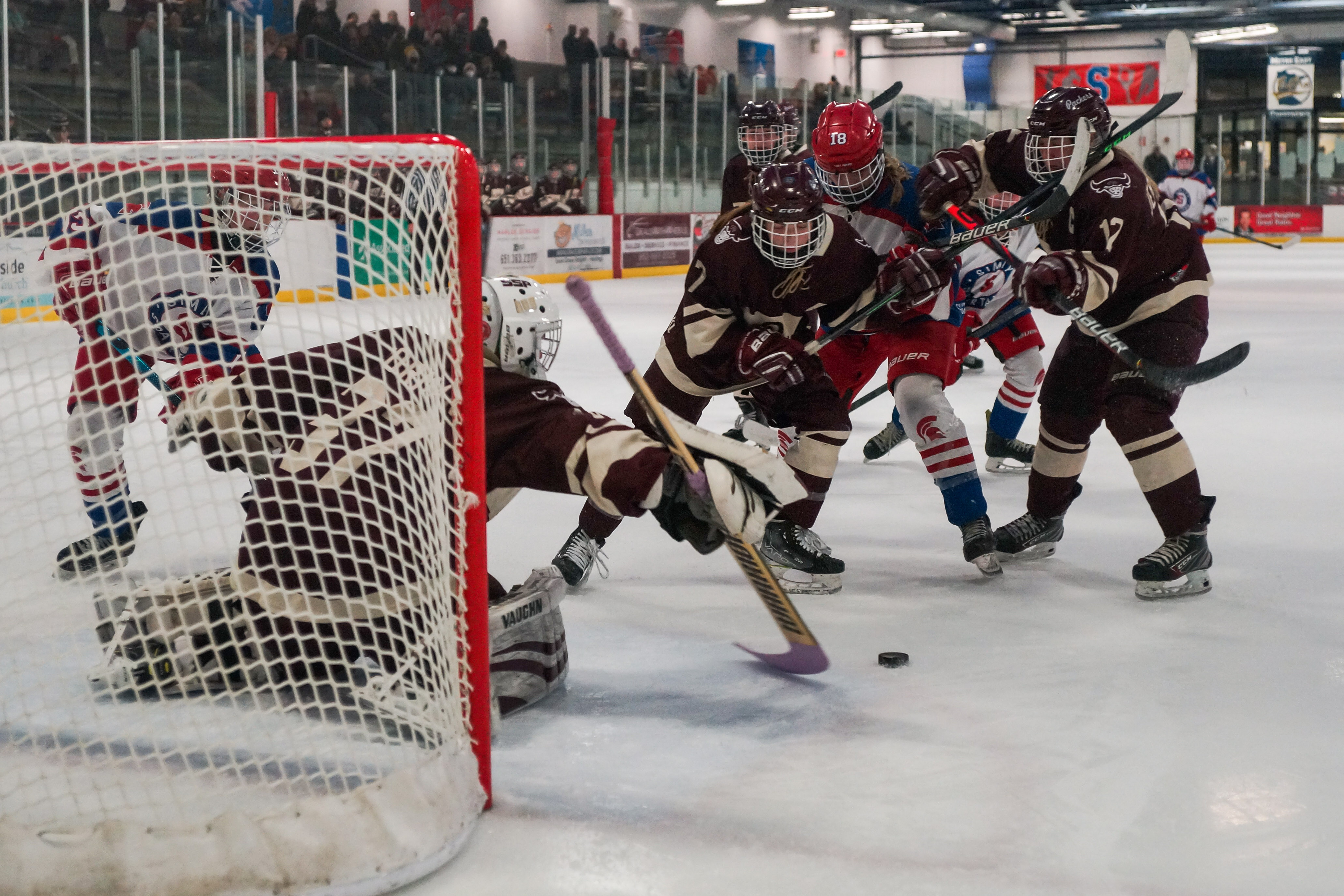 South Saint Paul goalie Delaney Norman turns away a shot with traffic in front of her. Norman faced 29 shots from an overpowering Simley team. Photo by Korey McDermott, SportsEngine