The Packers withstood the Wildcats' late rally to win the section title. 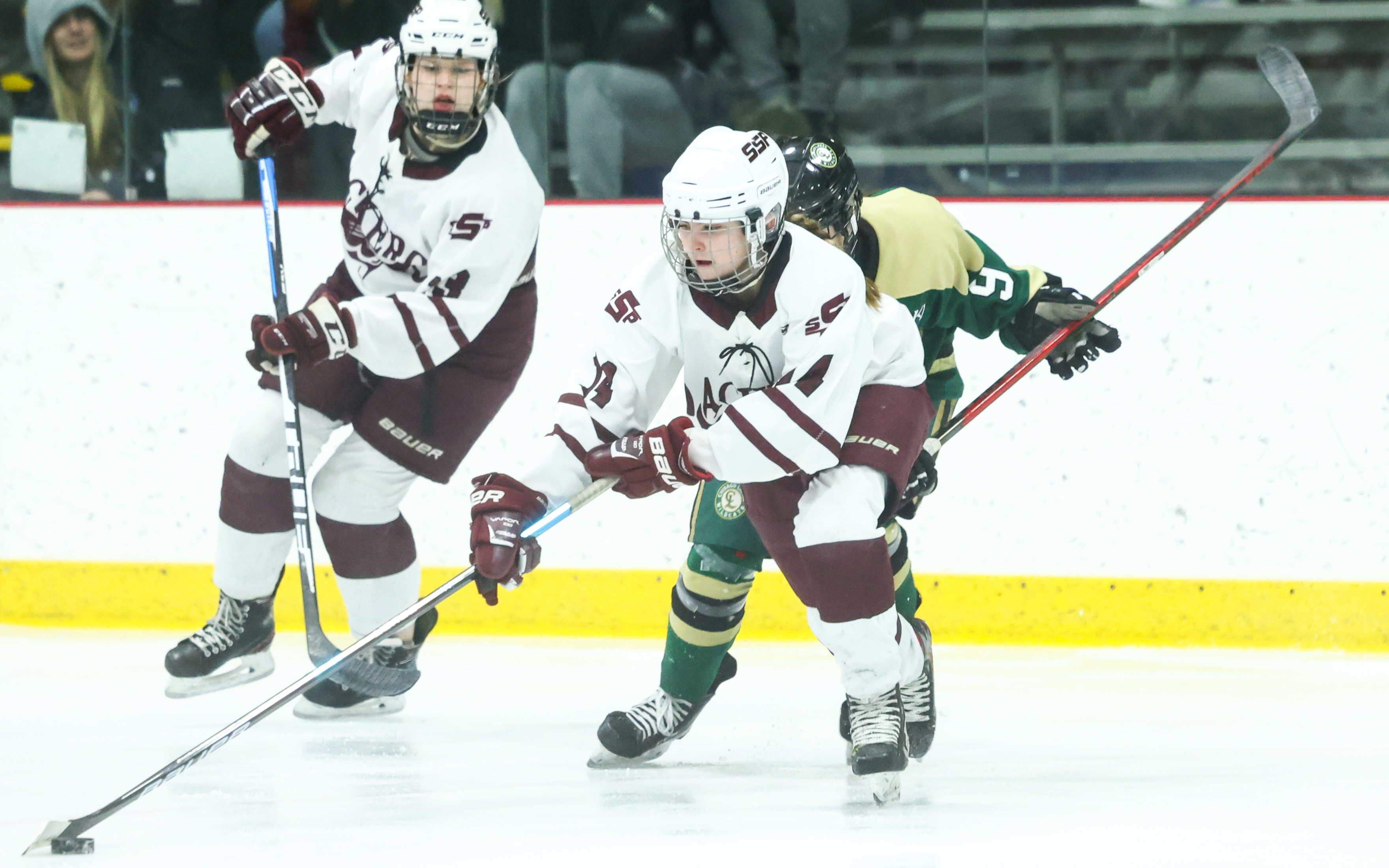 South St. Paul's Annie Felton (14) breaks toward the slot during the first period of Thursday night’s Class 1A, Section 4 final. The Packers defeated the Wildcats 4-2 to advance to next week’s state tournament. Photo by Jeff Lawler, SportsEngine

South St. Paul is headed back to the state tournament for the second time in three seasons.

The Packers prevailed in a battle between scoring and defense, winning 4-2 to clinch the Class 1A, Section 4 title over visiting Chisago Lakes.

The Wildcats entered Thursday's game averaging 4.5 goals per game of offense. Meanwhile, the Packers had only allowed 1.8 goals per game this season. 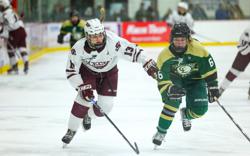 It helps to have a two-time all-state goaltender in Delaney Norman stopping pucks.

“We really focused on having shutdown D, and that made it easier to get offensive opportunities," said Norman, who made 19 saves in the win. "And we really focused on both of the (Danielles), Burgen and Brunette, because they are crazy good.”

Both Burgen and Brunette tallied one goal each, with Burgen's third-period score cutting the deficit to 3-2 with about nine minutes remaining in the game. But Eva Beck added a shorthanded insurance goal with fewer than five minutes left to give the Packers some breathing room.
Lilie Ramirez, Ashley Jerikovsky and Sarah Wincentsen each contributed to South St. Paul's first three goals in a game where it never trailed.

"We worked for it all season," said Ramirez, one of four seniors who will finish their careers in the state tournament. "This is what we prepared for, so we were ready. It feels very good that we are going finally."

South St. Paul is headed to the Xcel Energy Center for the first time since its 2020 appearance, where it lost to Rochester Lourdes 2-1 in overtime in the state quarterfinals.

For head coach Dave Palmquist, a veteran behind the bench for the Packers, the return trip to state added a youthful boost as the team celebrated on the Doug Woog Arena ice.

Chisago Lakes won games versus Visitation and Simley by a combined score of  9-0 to earn a spot in a section championship game for the second consecutive season. Last year, they won the Class 1A, Section 5 title to qualify for the state tournament.

Among the five seniors who played their final games for Chisago Lakes Thursday are dynamic scorers Burgen and Brunette, who combined for 64 goals this season. Both are committed to the women's hockey team at the University of Minnesota, Duluth.

"These girls are going to be missed, not only on the ice but off the ice and their leadership in the locker room," said head coach Dave Burgen, who is also Danielle Burgen's father. "We're going to need to pick up some  scoring that we're going to lose from those girls, but this team will come back hard and be ready for next year." 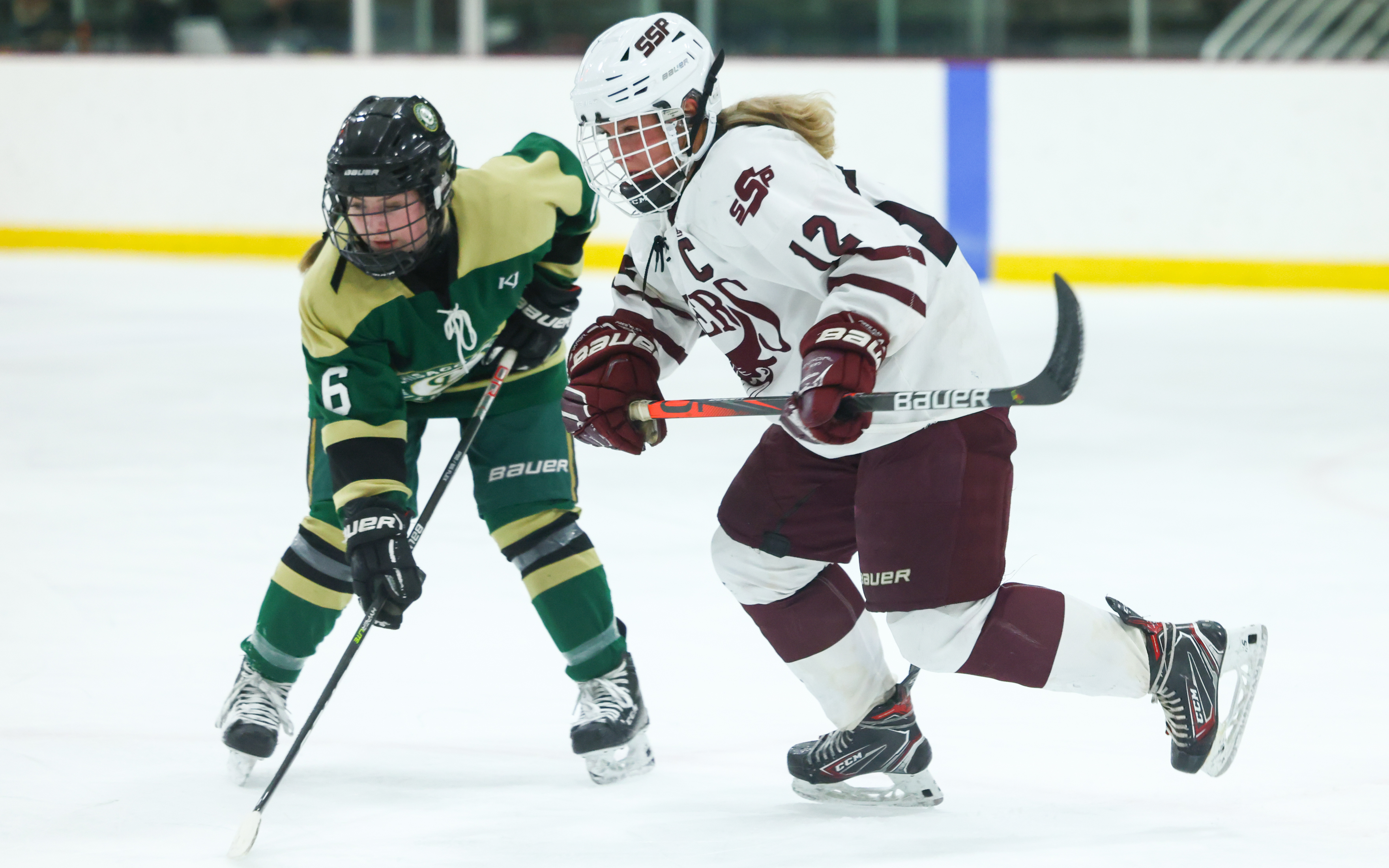 A 4-2 win vs. Chisago Lakes Thursday clinched South St. Paul’s spot in the state tournament for the second time in three seasons.

The Packers (15-10-2) never trailed in the Class 1A, Section 4 championship game, leading 2-1 after two periods with goals from Lilie Ramirez and Ashley Jerikovsky. Danielle Brunette scored for the Wildcats’ first period goal.

After Sarah Wincentsen scored early in the third period, Danielle Burgen responded with a goal for Chisago Lakes (13-14-1) at the seven minute, 46 second mark to cut the deficit to 3-2.

But a shorthanded goal by Eva Beck gave the Packers an insurance goal they did not end up needing. 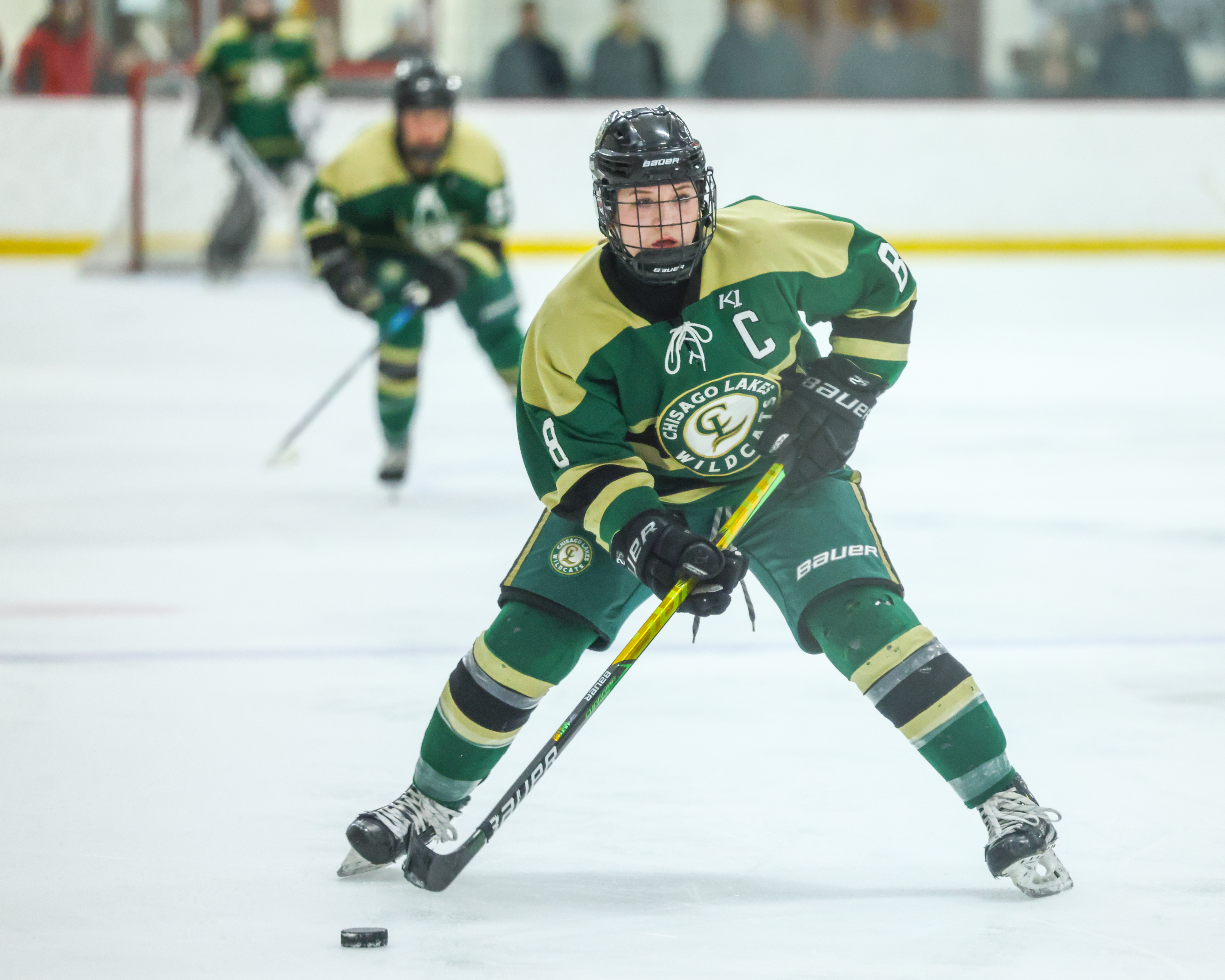