Proctor/Hermantown rallies past Orono with a third-period semifinal surge

The defending 1A champion trailed 1-0 before a four-goal comeback moved the Mirage into Saturday's title game. 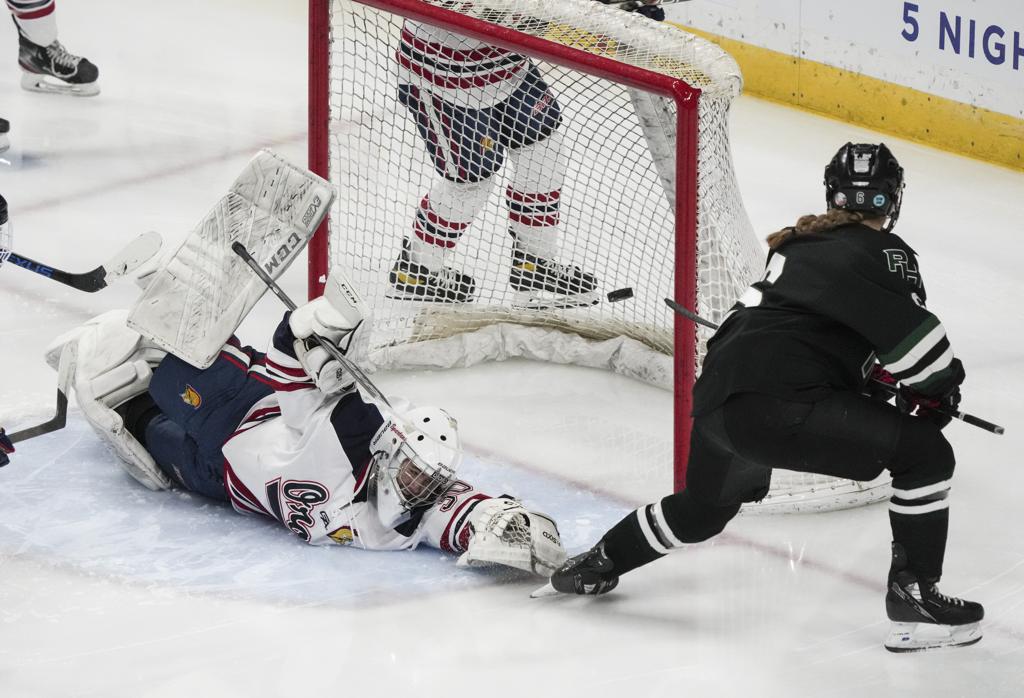 Proctor/Hermantown found itself down by a goal for most of Friday’s Class 1A semifinal against Orono. Coach Emma Stauber knew what to do.

The Mirage rallied for four third-period goals, winning 4-1 and advancing to the championship game of the Class 1A girls' hockey state tournament in Xcel Energy Center.

In the third period, the third-seeded Mirage tied the game about a minute in. Rylee Gilbertson could see Katie Sandelin’s shot wasn’t going to make it to the net, so she grabbed the puck.

“I know Hannah [Graves] is always back door, because she’s always calling for it,” Gilbertson said. “It happened earlier in the game, but I couldn’t get it over to her. So I knew she was there. I just passed it right behind my back and hoped it got through, and then I saw the puck in the back of the net.”

The Mirage took the lead a few minutes later on a Reese Heitzman goal. Jane Eckstrom made it a two-goal lead before Heitzman added an empty-netter.

“I think when a team finally gets one when it’s a 1-0 game, the other team gets a lot of energy, and our bench kind of fell down a little bit,” Orono coach Sean Fish said.