Warroad turns a tight game into a blowout with a four-goal burst in 2:08 of the third period

The Lakers also shut out South St. Paul in advancing to the Class 1A championship game. 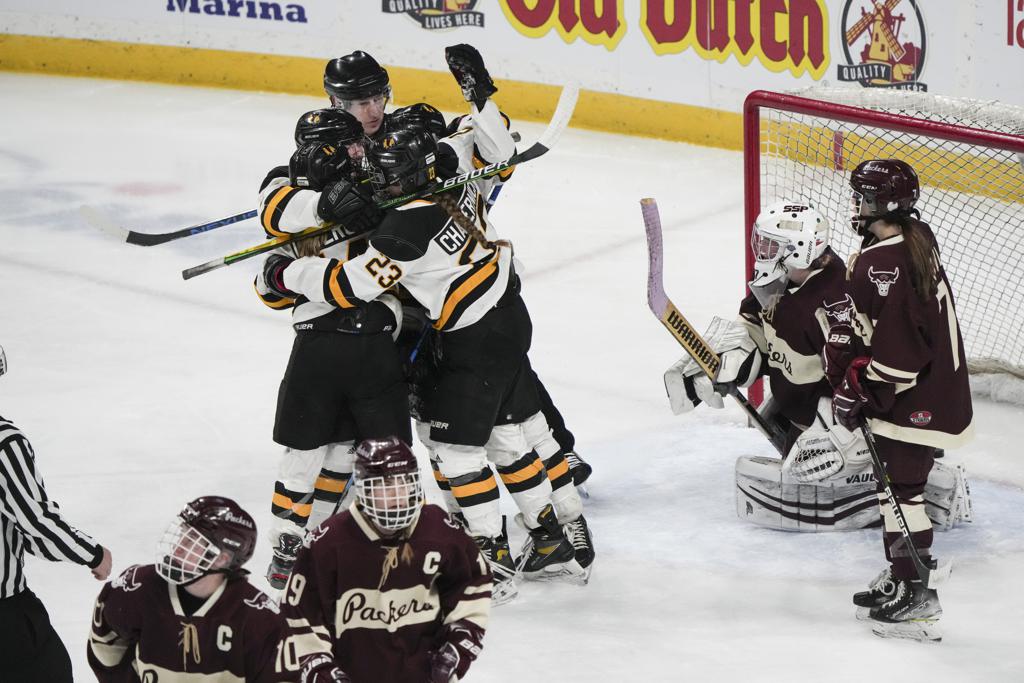 Top-seeded Warroad was up by a goal late in the third period against South St. Paul. That doesn’t explain the 5-0 final score.

A flurry of goals in about two minutes, highlighted by junior Lila Lanctot’s first career hat trick in a record-quick 1 minute, 38 seconds.

“I didn’t even care that I was the one that put it away,” Lanctot said. “We all worked together to find the back of the net.”

Then Lanctot and her linemates decided at the second intermission to be the grinding line, she said. They’ve never been the “fancy line,” Lavergne said. They’ve “always just been the little rats,” Sandy said.

What resulted in the third period was Warroad offensive pressure, which reached its peak with a four-goal outburst in a 2:08 span. They played gritty and crashed the net, Sandy said.

“That’s how we scored almost every single goal, was just crashing the net, putting pucks to the net,” Lavergne said.

Fourth seed South St. Paul (16-11-2) is 0-10-1 this season when its opponent scores first. The Packers went 0-for-3 on the power play, lost opportunities that coach Dave Palmquist lamented.

“Those first couple, we did have some looks and had a chance to go up 1-0, actually, and just didn’t capitalize,” he said.