The Skippers cleared a semifinal barrier that had stopped them the past three seasons. 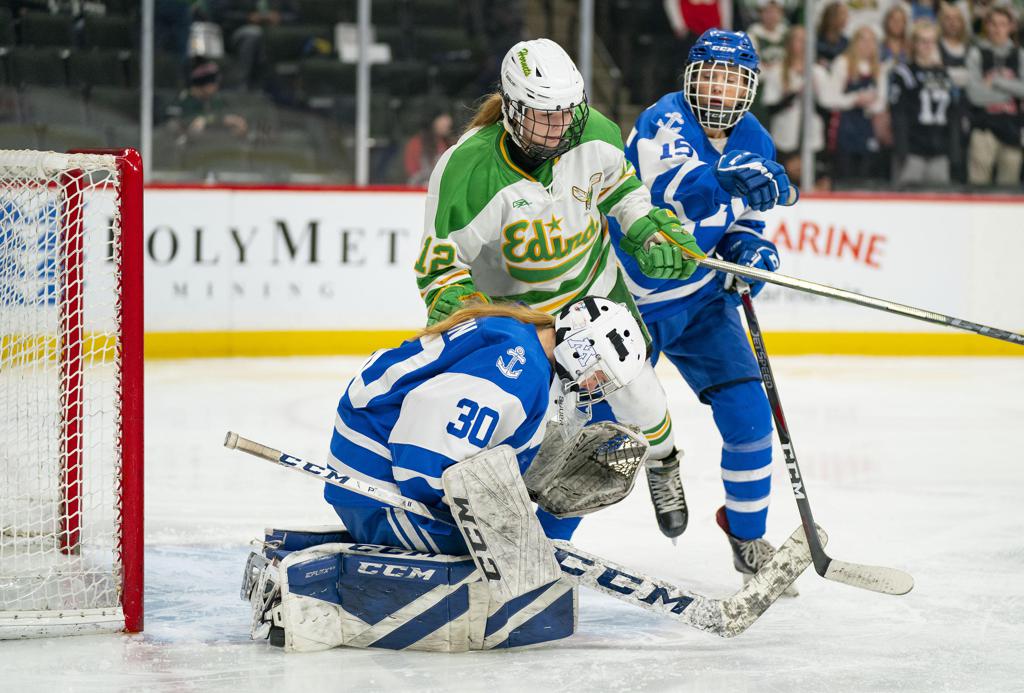 Minnetonka goalkeeper Sophia Johnson made one of her 23 saves Friday. Photos by ALEX KORMANN, Star Tribunee in the second period

The third-seeded Skippers (24-6) will make their first title game appearance since 2015. A run of five consecutive years in the championship games ended for No. 2 seed Edina (26-3).

Edina went 2-1 against the Skippers in the regular season. In the past three seasons, Minnetonka lost in the state tournament semifinals to eventual champions Edina (2019 and 2021) and Andover (2020). Players were eager to craft a new ending.

“We came in and knew it was our game,” sophomore forward Lindzi Avar said. “We just wanted this more than they did today, and that’s how we beat them.”

Avar’s rocket shot at 11:04 of the first period produced a 1-0 lead. Video reply confirmed a second-period goal from Senja Leeper, a freshman forward.

Goaltender Sophia Johnson, a senior in her first season as a starter, made 23 saves. The lone blemish came on Tori Anderson’s rebound goal in the third period.

Johnson helped her team overcome a 6-on-4 situation late in the game.

“Give us 10 more seconds,” Edina coach Sami Reber said, “and we get another puck in that net.”