The senior played on two Class 2A championship teams and had 177 career points — the most by a Hornets defenseman. 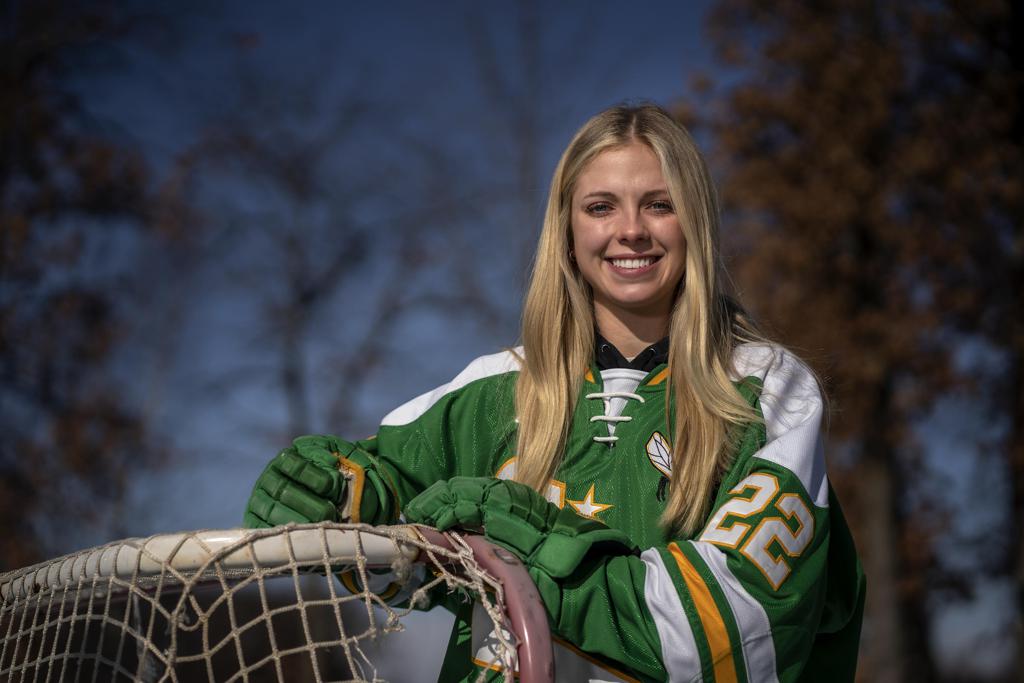 Edina’s Vivian Jungels, who was named Ms. Hockey on Sunday, is the Hornets’ career leader in assists (124) and points by a defenseman (177). Photo by Jerry Holt, Star Tribune

Then the seniors spoke.

“We were telling the younger girls that they had another opportunity next year, and just to enjoy the ride because you blink and it’s already over,” co-captain Vivian Jungels said.

She ultimately stayed for a journey culminating with the 27th annual Ms. Hockey Award on Sunday at a banquet at Inwood Oaks event center in Oakdale. Jungels leaves the Hornets a two-time state champion, the program’s career leader in assists by all skaters (124) and points by a defenseman (177).

“It was all worth it,” said Jungels, who has since changed her college commitment and signed with Wisconsin.

She thanked coaches from the Edina youth levels to varsity “for challenging me and believing in me” and teammates for improving her in practice. Jungels propelled the defending state champion Hornets, ranked second all season, with a career-best 16 goals as well as 32 assists. She previously was named the Star Tribune Metro Player of the Year.

Edina coach Sami Reber took notice Sunday of how Jungels has grown from a timid, shy freshman to a poised young woman addressing banquet attendees from the podium.

“The stats speak for themselves as far as what she is as a hockey player,” Reber said. “But beyond that, she’s just an incredible kid who stepped up to be a great leader for this team. We’re very thankful she stayed back for her senior year.”

Jungels can’t be found in the Edina High School hallways, though. She is taking classes at the University of Minnesota. Her schedule this semester features biology (with older sister Tella), chemistry, sociology and sports nutrition.

Maggie Malecha of Northfield was honored with the 2022 Senior Goalie of the Year award. She has signed with the University of St. Thomas.

Both awards are sponsored by Let’s Play Hockey and the Wild.