The Packers and White Hawks were knotted up until the last 90 seconds of regulation. 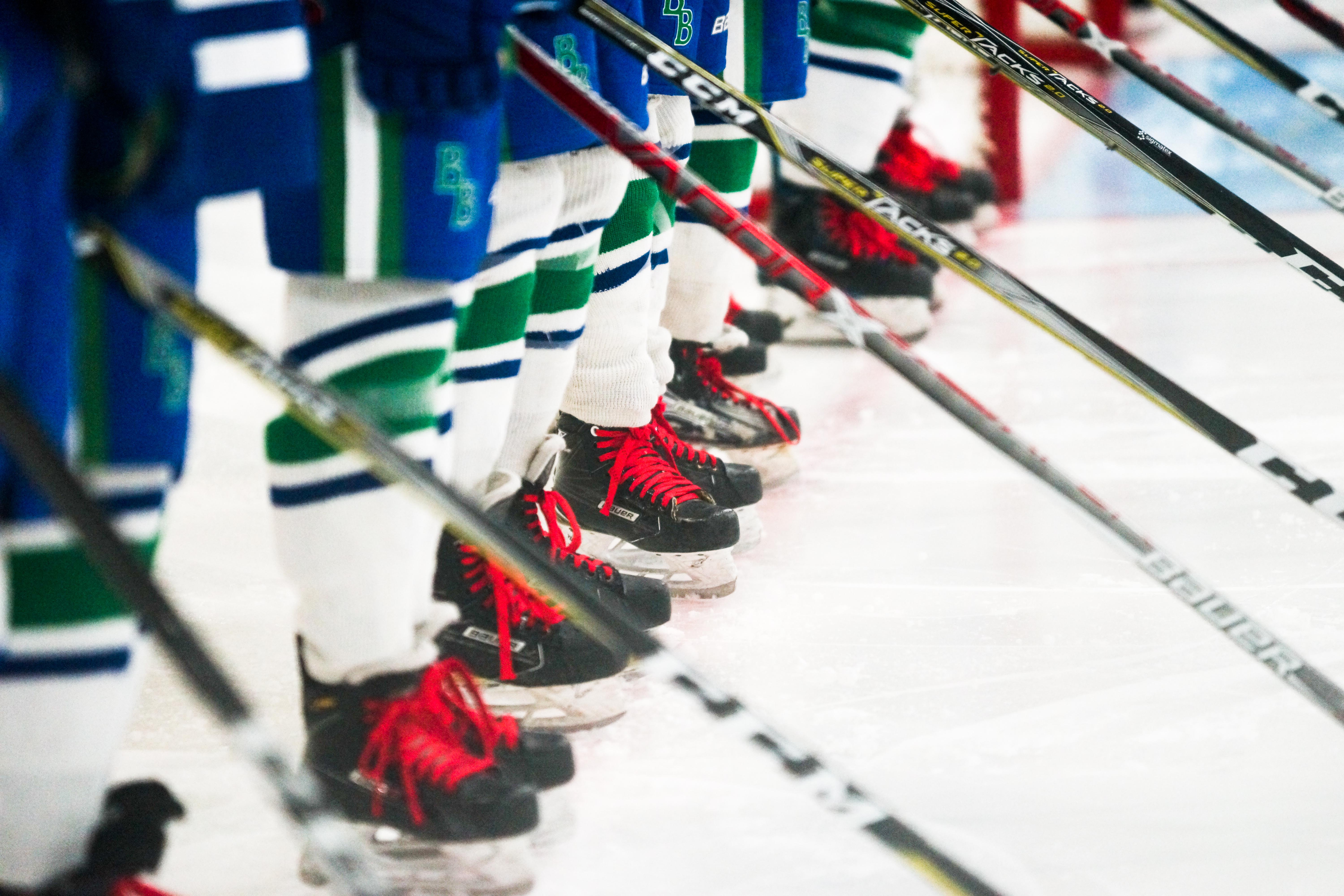 With more than 49 minutes of the game already played between South St. Paul and Mound Westonka/Southwest Christian, most of the game’s stats were in favor of the White Hawks.

They had more shots. They had won more faceoffs. They had possessed the puck longer.

But the game was still tied 1-1 with 1:33 left in regulation. The White Hawks took a timeout to get ready for a face off in their own zone. Based on how the game had gone, the chances were in their favor to win it and start a play up the ice.

Sarah Wincentsen won the draw for the Packers, however, and got the puck straight to Inga Oelerking. She passed it to her defensive linemate, Lily Pachl, and she sent a clean wrist shot into the net for the game-winning goal.

“It doesn’t happen the way you usually draw it up,” South St. Paul head coach Dave Palmquist said of the winner. “Sarah won a clean draw, everyone did what they were supposed to do. We got some traffic in front of the net, and like I said, that doesn’t always happen the way (you draw it up), but they did it tonight, it worked out for us and (I’m) really super proud of them.”

Coming out of the timeout, Pachl knew the puck would come to her if Wincentsen won the draw, but she didn’t give the play much thought from there.

“Just hit the goal,” she said. “It was fun, but it was even greater to see everyone else happy.”

The Packers (4-1, 0-0) still had to hold on for 1:28 of game time, and they needed the help of their senior goaltender Delaney Norman.

Norman made her 23rd save of the night on a breakaway after a turnover in the neutral zone with fewer than 30 seconds left. It was the second time in the game she stopped one of the White Hawks (3-2, 0-0) in a one-on-one situation.

“Going into a game like this you’re going to need your goalie to come up with big saves,” Palmquist said. “They’ve got too many good players and great snipers over on their side that they’re going to get good looks, and they had good looks, and Delaney, our three-time All-State goaltender just came up huge in those big moments.”

Was Pachl concerned the game was headed to overtime once the breakaway started?

“We didn’t come out in the first and that was the difference,” he said. “Drop of the puck to the final buzzer, always. Anything short of that’s not enough. That’s the message. We’ll move forward, learn from it and it would be nice to see them again.”

South St. Paul came away with a gritty 2-1 win over Mound Westonka/Southwest Christian on Tuesday night.

The first shot of the game came after 2 minutes, 50 seconds, and it turned into the game’s first goal. After an aggressive forecheck, South St. Paul forced a turnover in the Mound Westonka/Southwest Christian zone and Eva Beck came up from the blue line to take advantage of it. She picked up the loose puck right in front of goal and tucked it away for an early Packer lead.

The rest of the period was mostly disjointed, but Delaney Norman made a big save in the final 30 seconds to keep the Packers (4-1, 0-0) in front heading into the first intermission.

The second period was dominated by the White Hawks (3-2, 0-0), as they outshot the Packers 11-4 and had the puck in the Packers’ zone but still couldn’t beat Norman.

The White Hawks finally got their goal a few minutes into the third, as Lizzy Callahan got a clean look at goal from the top of the left circle and sent a laser of a wrist shot into the top of the net.

The Packers got the winner after a perfectly drawn up play off a face off win with 1:28 left in regulation. Sarah Wincentsen won the draw, and Inga Oelerking sent a D-to-D pass to Lily Pachl. The sophomore scored from the blue line and secured the win for the Packers.