The Skippers took down the Fire in decisive fashion on Wednesday. 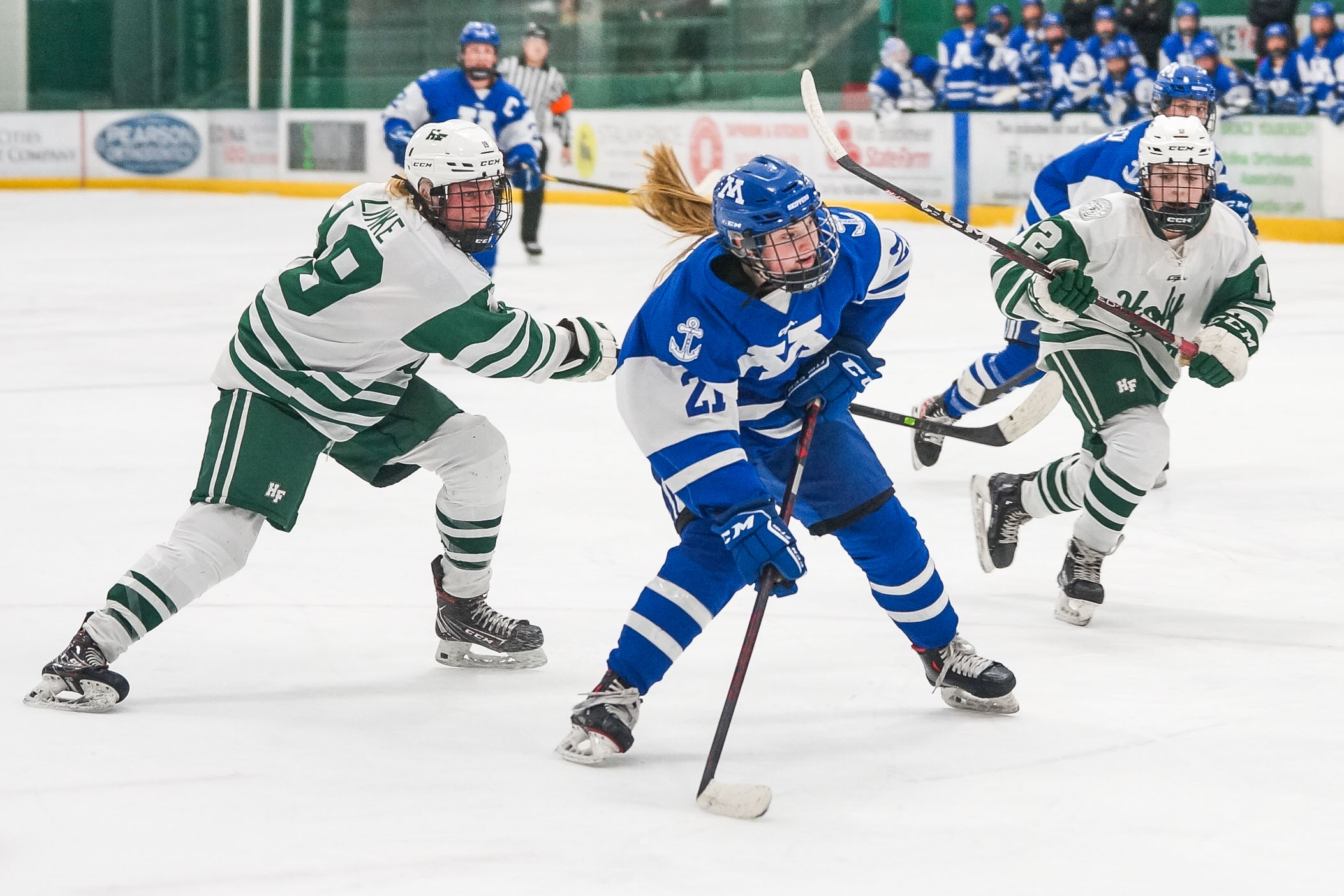 Minnetonka's Senja Leeper (21) scored the Skippers' second goal in the first period, which ended up to the the game winner with Holy Family adding their lone goal in the third period for a 3-1 final. Photo by Korey McDermott, SportsEngine

Minnetonka didn’t get goals from the top of their scoring leaderboard on Wednesday. It was the sophomore class of players that put themselves in the right positions to score goals in the Walser Girls’ Hockey Invitational Championship against Holy Family Catholic.

“We do feel like we have a lot of depth,” said Minnetonka coach Tracy Cassano. “Even those younger kids, we consider veterans because they’ve been in a lot of scenarios and situations. When you look throughout our lineup, we can really call on anybody, and we do.”

Wednesday, you could say sophomores Lauren Mack, Senja Leeper, Bella Finnegan and Layla Hemp in goal got the call. They helped lead Minnetonka, ranked No. 3 in the latest Class 2A coaches’ poll, to a 3-1 victory over 2A-7 Holy Family Catholic at Braemar Arena in Edina.

With the victory, Minnetonka pushed its winning streak to 10 games. Hemp made 29 saves in goal to improve to 8-0-0. 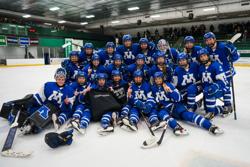 From the puck drop, Minnetonka took off for the offensive zone and kept the pressure on. The Skippers peppered the net with scoring chances but came up empty throughout much of the first period. Kendra Distad nearly got on the board at the end of the game’s first power play, but her shot hit the post.

Sticking to the game plan to keep doing the little things is so important, Leeper said, even when the puck isn’t hitting the back of the net.

Finally, their pressure paid off in the form of a pair of goals 44 seconds apart from Mack and Leeper.

Mack’s goal came with just under three minutes to go until intermission when the initial shot didn’t make its way through traffic. Instead, Mack found the puck on her stick and quickly fired it into the net. It was Mack’s second goal in as many games and fourth this season.

“I think just as a team, we came out with a lot more confidence tonight than last night,” Mack said.

Minnetonka kept going, and Leeper tipped a long shot from Elly Klepinger at the point, bouncing the puck past the goaltender for a 2-0 lead. It was Leeper’s second goal of the season, both tallies coming in the tournament.

“Sedona’s a very good goalie, to score on her is tipping, just working as a team,” Leeper said. “It’s all a team effort to score. You get up and just boost our confidence as a team.”

Minnetonka went into the locker room with a two-goal lead and outshot the Fire 23-7 through 17 minutes. It wasn’t just one or two lines firing away shots. Mack and Leeper are on different lines; Minnetonka rolls three of them along with six defensemen. Up and down the Skippers roster, they’re expected to contribute, Cassano said.

“They’re all goal scoring lines,” Cassano said. “And that’s kind of what we expect.”

Things got a bit chippy in the second period as the Fire had to kill off three late penalties while the Skippers kept firing shots on net. During 4-on-4 play in the final two minutes of the period, Skippers sophomore defenseman Bella Finnegan fired a shot that ended up in the back of the net with six seconds left in the period to make it a 3-0 advantage at the intermission.

Cassano and her coaching staff talk with their team about playing smart, disciplined, systematic hockey. If they do that, they like their chances for a good outcome on the scoreboard.

“I would say we got away from that in the last seven minutes,” Cassano said. “Kind of self-inflicted things, got away from us a little bit as far as the discipline aspect goes. We will clean that up.

“We made it a little more interesting than it needed to be. But I was proud of the kids for killing off several minutes of a 5-on-3 and finding a way to win.”

Indeed, the last part of the third period was a penalty-filled one which at one point had five Skippers skaters packed into the penalty box. Minnetonka racked up seven penalties in the third period, including 10-minute misconduct penalties called on Distad and Josie Hemp.

Holy Family freshman Haley Box scored an unassisted goal, her team-leading 13th goal of the season and fourth on the power play, with about two minutes to play to get the Fire on the board. But despite 15 shots on goal in the third period alone, the Fire couldn’t find another goal late.

The Fire finished 1-for-6 on the power play, while Minnetonka went 0-for-5.

Minnetonka has won three in a row against the Fire, having defeated them in the past two Class 2A, Section 2 championships. Tonight’s game was quite possibly a preview of another section-final game between these two squads.

Holy Family coach Randy Koeppl said his team did a pretty good job of containing the Skippers throughout the game. Holy Family senior Sedona Blair stopped a season-high 42 shots. This marked their first loss in regulation this season.

"First period, we kept them outside, just tried to settle it down a little bit,” Koeppl said. “I thought we played great in the second period. The third period, a bounce or two, we’re right there.” 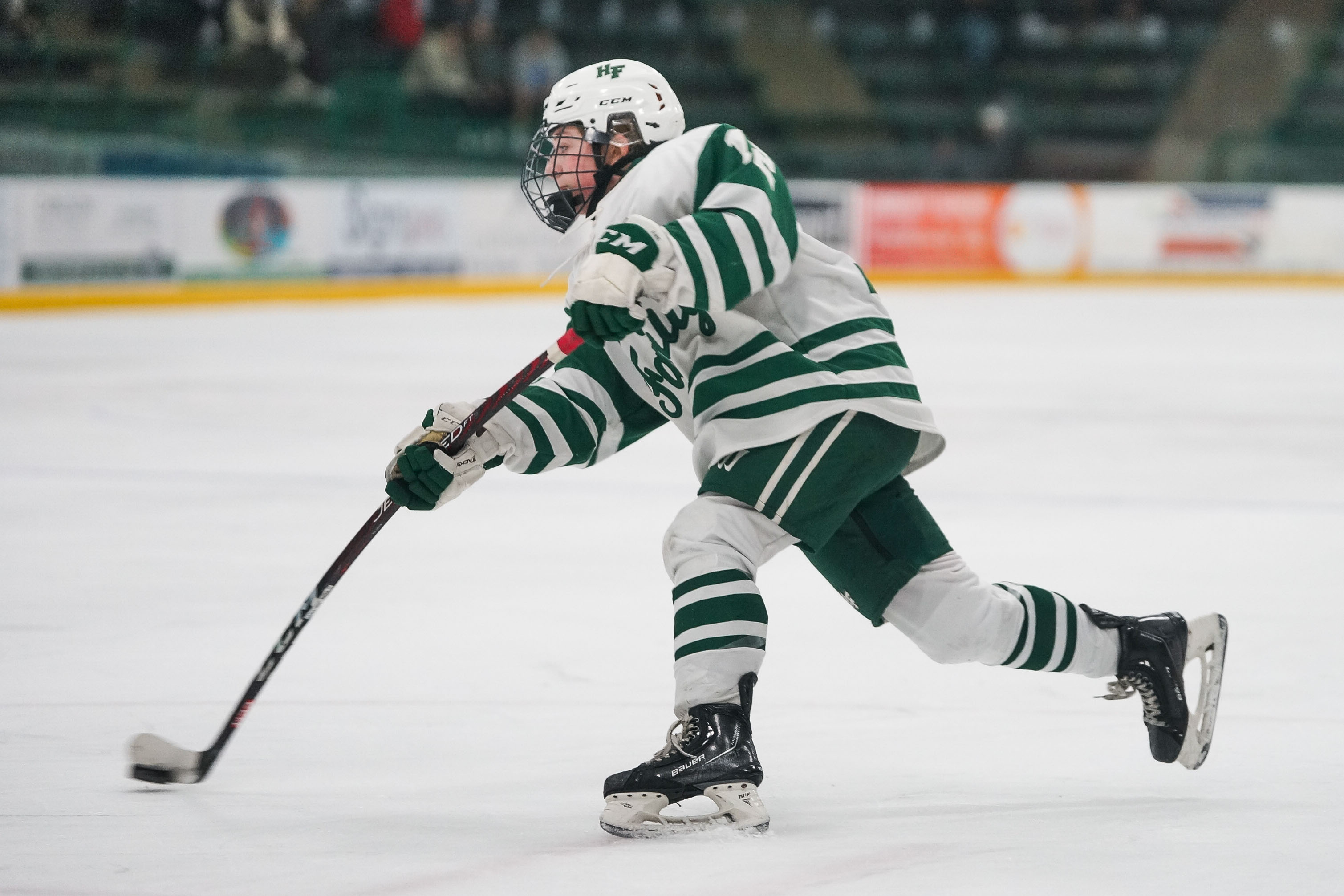 Minnetonka pressured all game long and got goals from three of its sophomores on the way to a 3-1 victory over Holy Family in the Walser Girls’ Hockey Invitational championship game Wednesday evening at Braemar Arena in Edina.

Minnetonka held on to win, despite a penalty-riddled and physical third period, pushing its winning streak to 10 games.

The Skippers (13-1-0), ranked No. 3 in Class 2A in the latest coaches’ poll, made it three in a row against the No. 7-2A Fire (10-3-1), having defeated them in the past two Class 2A, Section 2 championships. Tonight’s game was quite possibly a preview of another section-final game between these two squads. 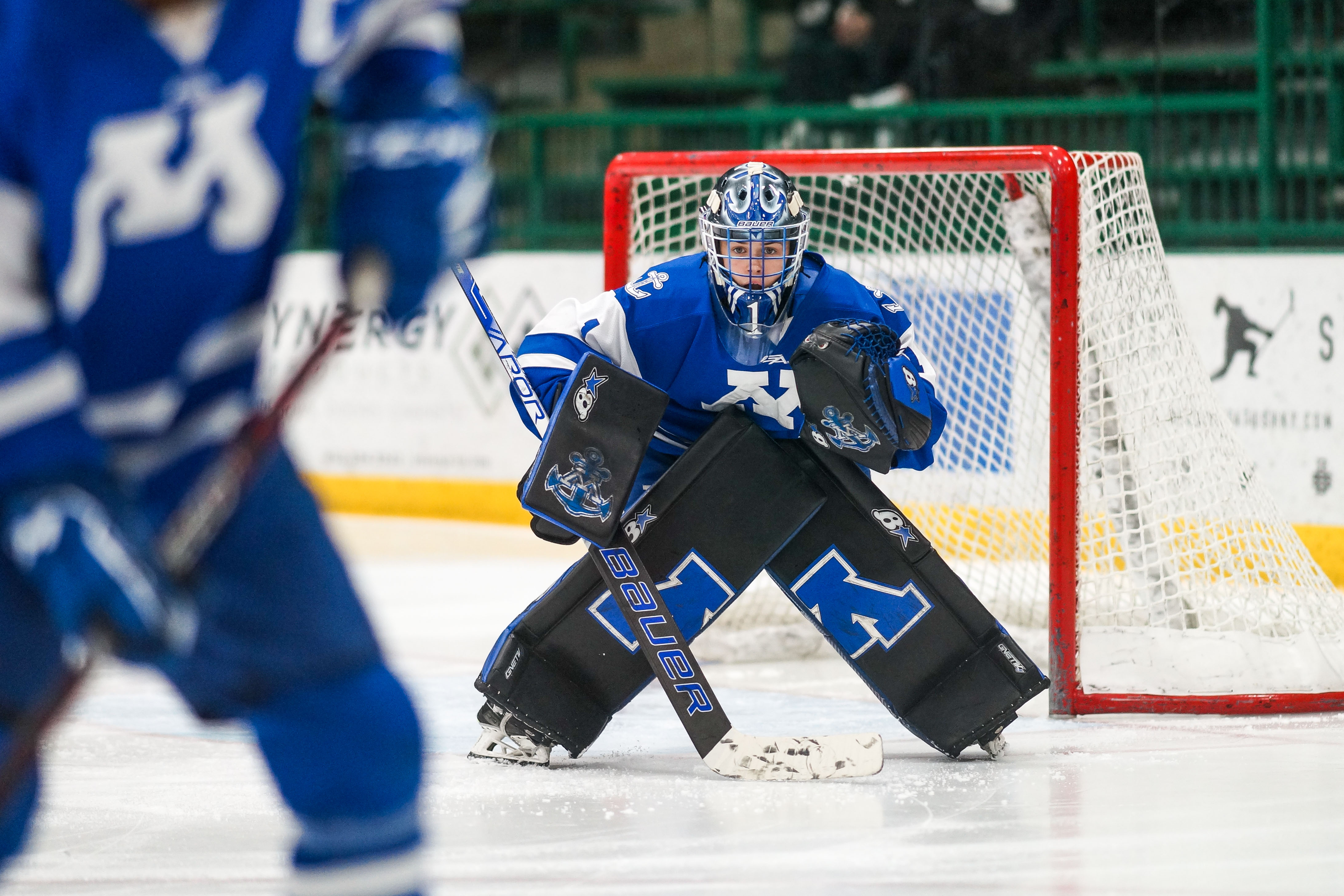