Apple Valley breaks a third-period tie over Prior Lake

The Eagles and Lakers were tied 3-3 into the final five minutes of the game until Marie Moran scored the go-ahead goal and the Eagles pulled away for a 6-3 victory.

Apple Valleys Avery Ryan (16) gets the puck past Prior Lakes Olivia Hansen (1) to help lead the Eagles to victory. Photo by Dan Beise SportsEngine

A three-goal third period helped Apple Valley break away from South Suburban Conference rival Prior Lake for a 6-3 win at home Thursday.

It was another strong showing from the Apple Valley (11-4-0, 7-4-0) offense, which coming into Thursday had averaged 4.6 goals per game.

Looking at the box score, it is easy to tell where a large portion of that offense is coming from.

Sisters Marie and Makayla Moran each tallied at least four points for the Eagles’ offense. Marie scored two goals, including the game-winner on the power play, and added three assists. Makayla contributed one goal and three assists. 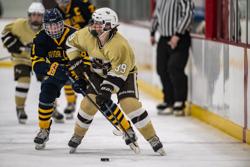 They have been consistent weapons all season, as Marie has accounted for 15 of the team’s goals this season while Makayla has 25.

Moran sisters have been familiar faces of the Apple Valley program for years. There were three sisters on the roster in 2019-2020, when their oldest sister, Mandy, was a senior.

They grew up playing hockey at local rinks near their neighborhood and at camps when their age groups allowed. The familiarity means they might not have to take an extra peek when completing passes in tight space.

“I have that connection with other players on the team, too, but with her it is especially strong because we have been playing together ever since we were really little,” said Marie, a senior who is committed to play hockey next year at St. Cloud State University.

Apple Valley head coach Don "Auggie" Erdall knows the talented duo well. Their relationship is similar to many other siblings who grow up playing and competing in sports.

“Marie and (Makayla) as teammates on the ice are like batteries,” Erdall said. “If you put them the wrong way or on the wrong day they can’t be next to each other. But on the right day they are great, they are outstanding.”

Thursday’s win means Apple Valley’s season win total has already matched last year’s, when it finished 11-14-2 and advanced to the Class 2A, Section 3 semifinals. This year’s roster only has five seniors, but Erdall said many of the underclassmen are veterans to the varsity game.

“Our young kids have really grown into their roles,” Erdall said.

The Eagles also have enjoyed extra time building connections this year. With another year of pandemic advancements, the players have enjoyed more time hanging out off of the ice than in recent years.

“We’ve done way more carb dinners and we usually spend more time together so we all kind of have that family bond,” Marie said. 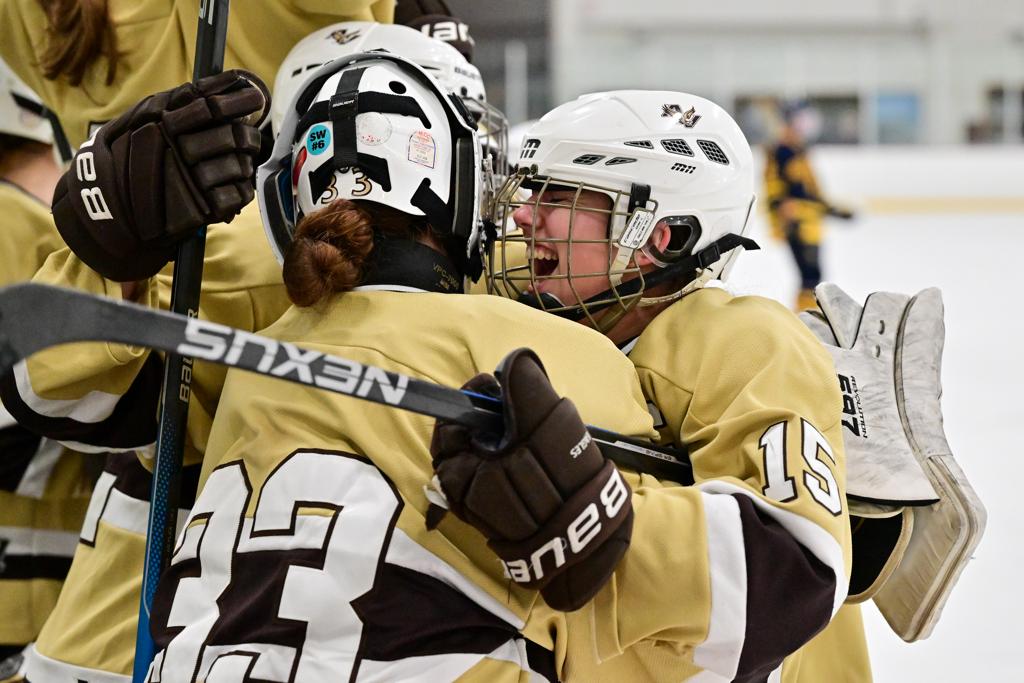 A three-goal third period propelled Apple Valley to a 6-3 home win vs. Prior Lake in a South Suburban Conference game Thursday.

The game was tied 3-3 with 4:44 left in the third period when Marie Moran scored on the power play to give Apple Valley (11-4-0, 7-4-0) its game-winning goal. Moran and her sister, Makayla Moran, tallied points in five of the six goals by Eagles in the conference win. Marie added two assists to her two goals, while Makayla scored one goal with three assists.

Lula Swanson led Prior Lake (9-7-1, 4-6-1) with two goals in the loss, with teammate Brooke Holmes also scoring once. 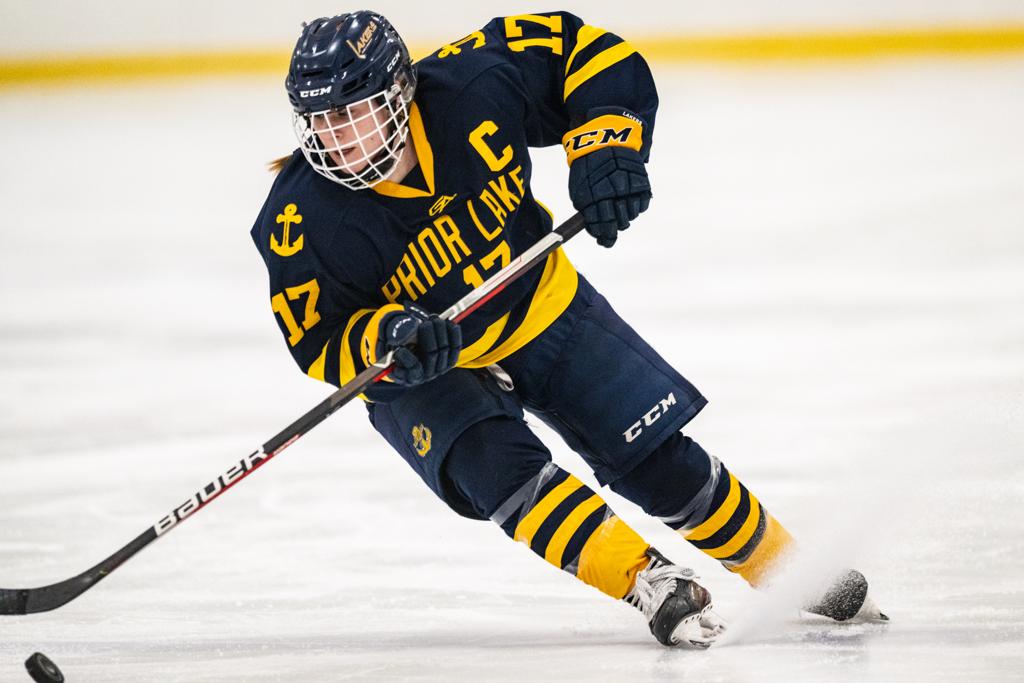 The Lakers Courtney Rook (17) makes a move taking the puck past the neutral zone. Photo by Dan Beise, SportsEngine