O’Hara scored her 27th and 28th goals of the season, while Groess notched 13 saves for Centennial/Spring Lake Park. 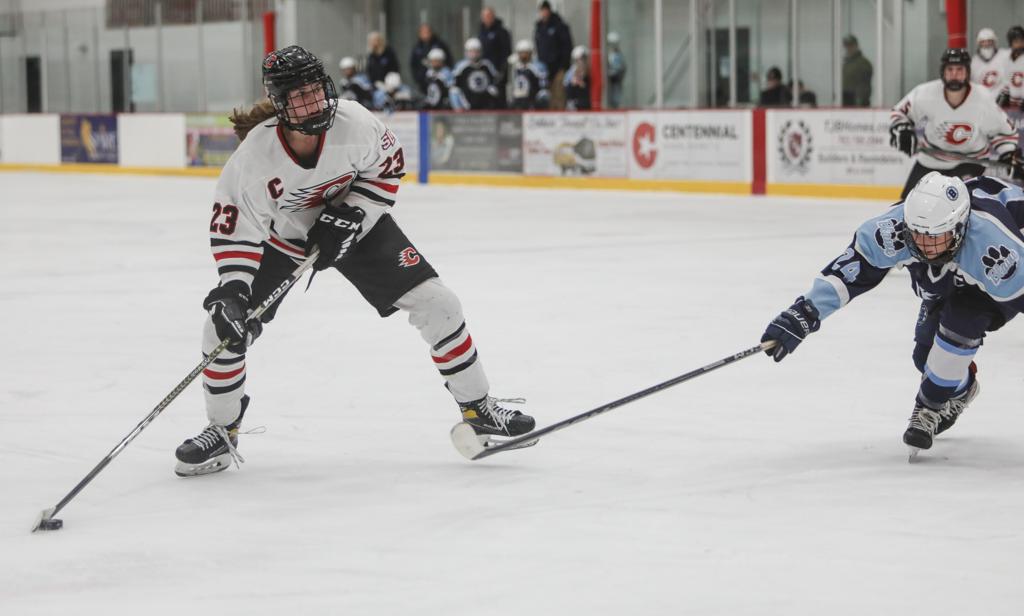 Centennial/Spring Lake Park won the puck possession battles in the first period against Blaine, got the final eight shots on goal of the period for a 12-6 edge in shots through the first 17 minutes. The Cougars just didn’t have anything to show for it in a scoreless game.

Frustration could naturally creep in, but the Cougars stuck to their game and peppered the net with chances. It was only a matter of time, and the Cougars shut out Northwest Suburban Conference foe Blaine by a 3-0 margin Saturday at Centennial Sports Arena for their second consecutive shutout and fourth of the season.

“We all know she’s a great goalie,” O’Hara said. “She’s incredible. Our main thing today was just getting any pucks to the net, creating chaos in front of the net. Just getting those rebounds and screening her."

Centennial/Spring Lake Park (15-4-1), ranked No. 8 in the latest coaches’ poll, used the momentum of two second-period power plays to score a pair of even-strength goals before O’Hara added a late-game power-play goal.

O’Hara scored goals No. 27 and No. 28 on the season Saturday, which ranks in the top 10 in the state and is well past her previous career-high of 21 goals last season. Her power-play goal was also her 10th of the season, ranking second in state. The team goals and points leader, she has eight multi-goal games and is on a five-game point streak. 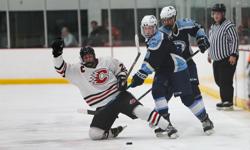 “She’s built a legacy here that’s starting to take hold,” said Cougars coach Sean Molin. “With a lot of young kids here, she’s been able to play with them and show them the way.”

O’Hara plays both ends of the rink, Molin said, noting her all-around play and her ability to avert the opposing team’s efforts to slow her down.

“She does a good job of fighting through that,” Molin said.

Indeed, O’Hara had her fair share of scoring chances on shots on goal throughout the night against Blaine, especially in the first period during the scoreless game.

Though the Cougars didn’t score on two power-play opportunities in the second period, they kept the puck in the offensive zone and generated three shots on goal in the first minor and five during the second minor.

When the seal finally broke, O’Hara brought the puck into the offensive zone for a two-on-one with eighth-grade teammate Jaycee Chatleain. O’Hara said she noticed the defense was letting her shoot the puck and taking away the pass option, so she took the shot for a 1-0 lead.

They work on the odd-man rushes in practice, O’Hara said.

“If there’s a pass, make it, but if you have a better shot, always take it,” O’Hara said.

About three minutes later, sophomore defenseman Alexis Larsen took the puck into the Blaine zone all alone. She went bar down on the blocker side for her third goal of the season and a 2-0 Cougars lead. Her linemate Callie Cody chipped the puck past the Blaine defenders, and Larsen picked it up.

“I had speed, so I just drove the net,” Larsen said. “Then I just picked my corner, because she (Hansen) was out pretty far.”

With a two-goal lead in the third, Centennial/Spring Lake Park continued to shut Blaine down defensively, only allowing 13 shots on goal to the Bengals all night. With 3:21 left in regulation, the Cougars took a timeout before another power play. Sure enough, that following sequence was when O’Hara popped her power-play tally to seal the win and her second goal of the game.

“We were trying to move the puck more,” Molin said. “Try to beat the goalie on something where you’re making a pass and then a shot to the middle, or the weak side... Because straight-on, she’s pretty good.”

The Cougars have won six of their past seven games as they look toward making a run in the Class 2A, Section 5 playoffs, where there is a potential rematch with Maple Grove looming.

“I think we’re improving as time goes on,” O’Hara said. “I think this was a really good team win for us. An all-around good three periods.” 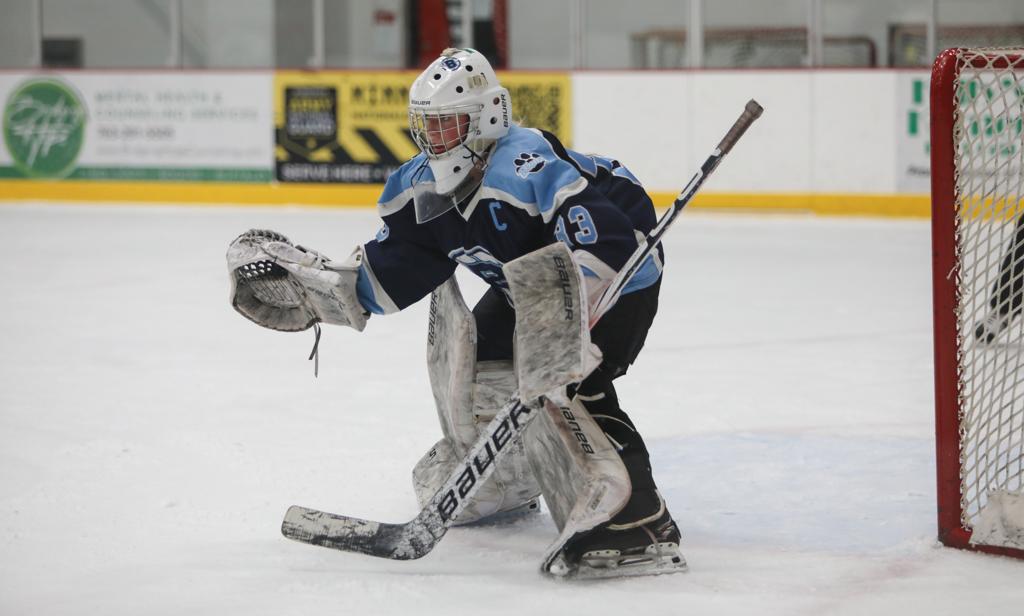 Centennial/Spring Lake Park used the momentum of two power plays to score a pair of even-strength goals in the second period on the way to a 3-0 victory over Northwest Suburban Conference rival Blaine Saturday night at Centennial Sports Arena.

Lauren O’Hara scored her 27th of the season to open the scoring, then about six minutes later, sophomore defenseman Alexis Larsen got in alone toward the net and went bar down for her third of the season. O’Hara added a power-play goal late in the game. 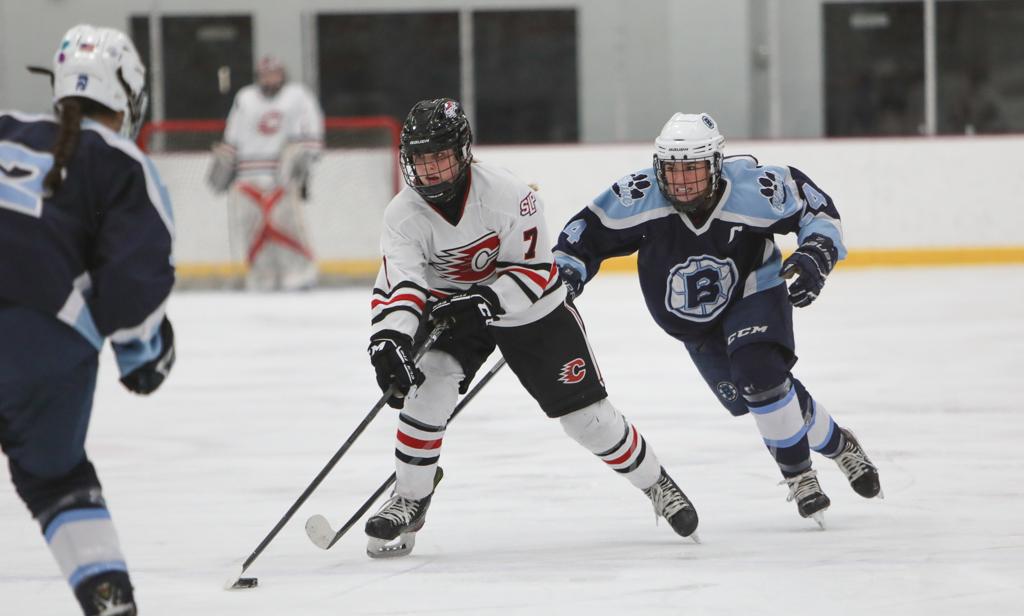