The Spartans notched six goals against the Rebels in Tuesday's decisive victory. 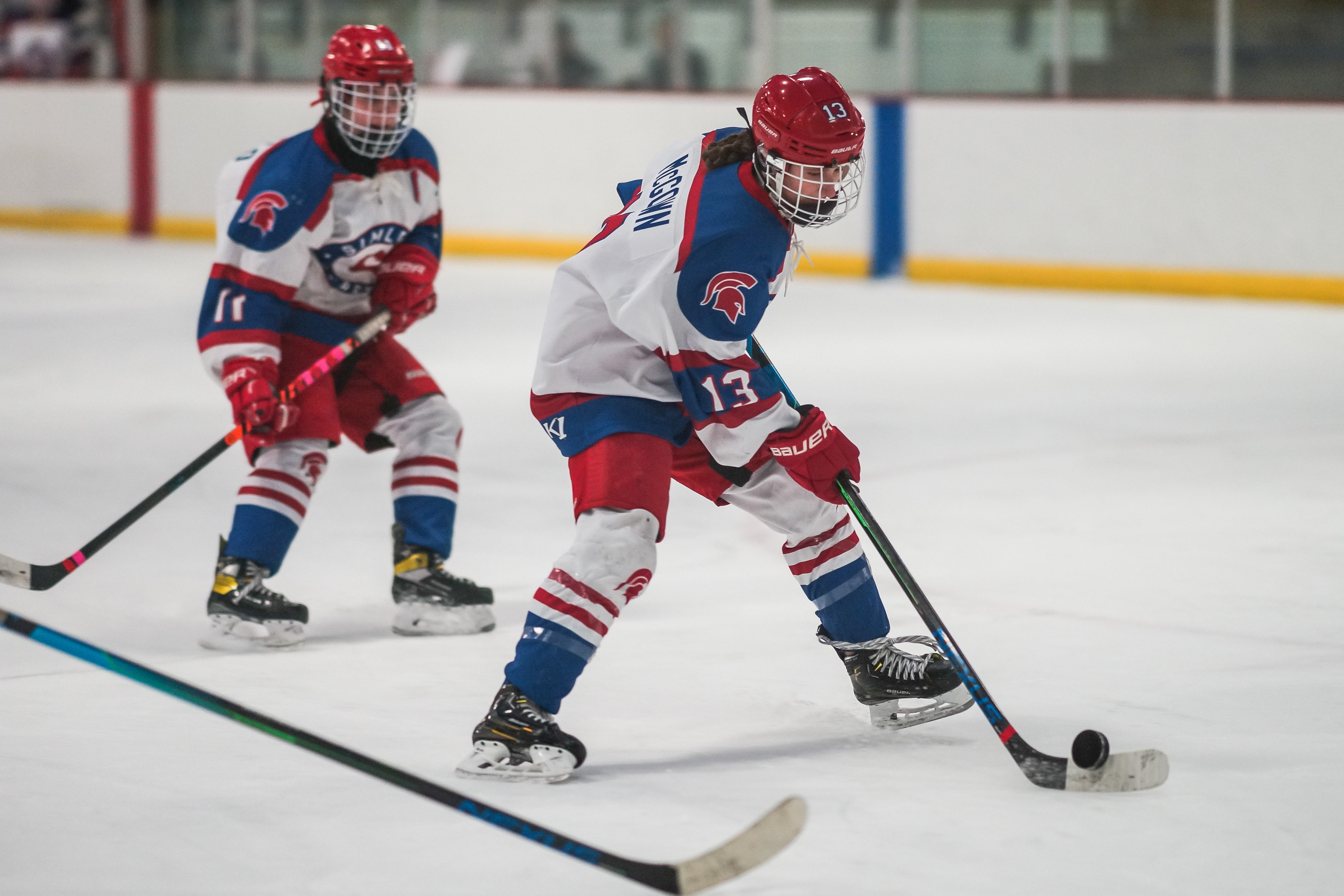 Simley's Mackaylan McGown (13) increased her state-wide lead in assists Tuesday night with three more, plus a goal, in a 6-0 victory over Moose Lake. Photo by Korey McDermott, SportsEngine

The Spartans entered game averaging 4.73 goals per game this season but passed that mark — spurred on by intense offense led by its senior duo of forwards Mackaylan McGown and Ella Tuccitto — en route to a 6-0 victory.

The regular season ends for both teams in around a week, but the Spartans (18-4-1) showed no signs of slowing down their regular-season fireworks.

Going into Tuesday’s game, they had only lost once in their previous 16 games. A big reason for this streak is Simley’s impressive attacking duo.

McGown currently leads all of Minnesota girls hockey in assists, and her three assists against the Rebels only solidified that status. Her first one went to Tuccitto, who buried her 34th goal of the season late in the second period. 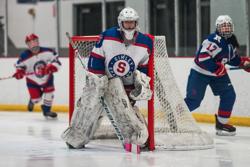 That goal pushed the score to 3-0, a lead that looked too big for the Rebels (11-8-1) to overcome. One of those three early goals by the Spartans offered IGH Veterans Arena an extra treat.

In the first period, sophomore defender Courtney Kurowski scored what was her first goal of the season. As her close-range effort hit the back of the net, her teammates and the Simley fans stood in unison. Kurowski’s teammates say the goal is much deserved.

“At first, I had no idea I even scored,” Kurowski said. “But it’s a great feeling for sure.”

One reason the Spartans' goal tally wasn’t higher this early was Moose Lake goalie Mallory Hartl. The sophomore really came to play against the high-scoring Spartans. Hartl faced all 47 shots that Simley took, tallying an impressive 41 saves on the night.

The goalie’s show proved why she owns a .938 save percentage on the season.

Despite the imposing performance from Hartl, the Simley forwards shined brighter. McGown, Tuccitto and freshman Ella Sanders combined for four goals and six assists. But this game is just one drop in what has been a spectacular season for Simley’s senior forwards.

Tuccitto managed to score her team-high 35th goal of the season just 14 seconds into the final period. After scoring her first goal with 2:04 left in the second, the senior found her second in no time. This took out any air the Rebels had left, and the Spartans piled on a total of three goals in the final period to make the final margin of victory six.

The victory now puts Simley in prime position to clinch the Metro East Conference title in its next game — a  must-see matchup Jan. 27 against South St. Paul (18-4-1), which sit one game behind the Spartans in the conference standings. 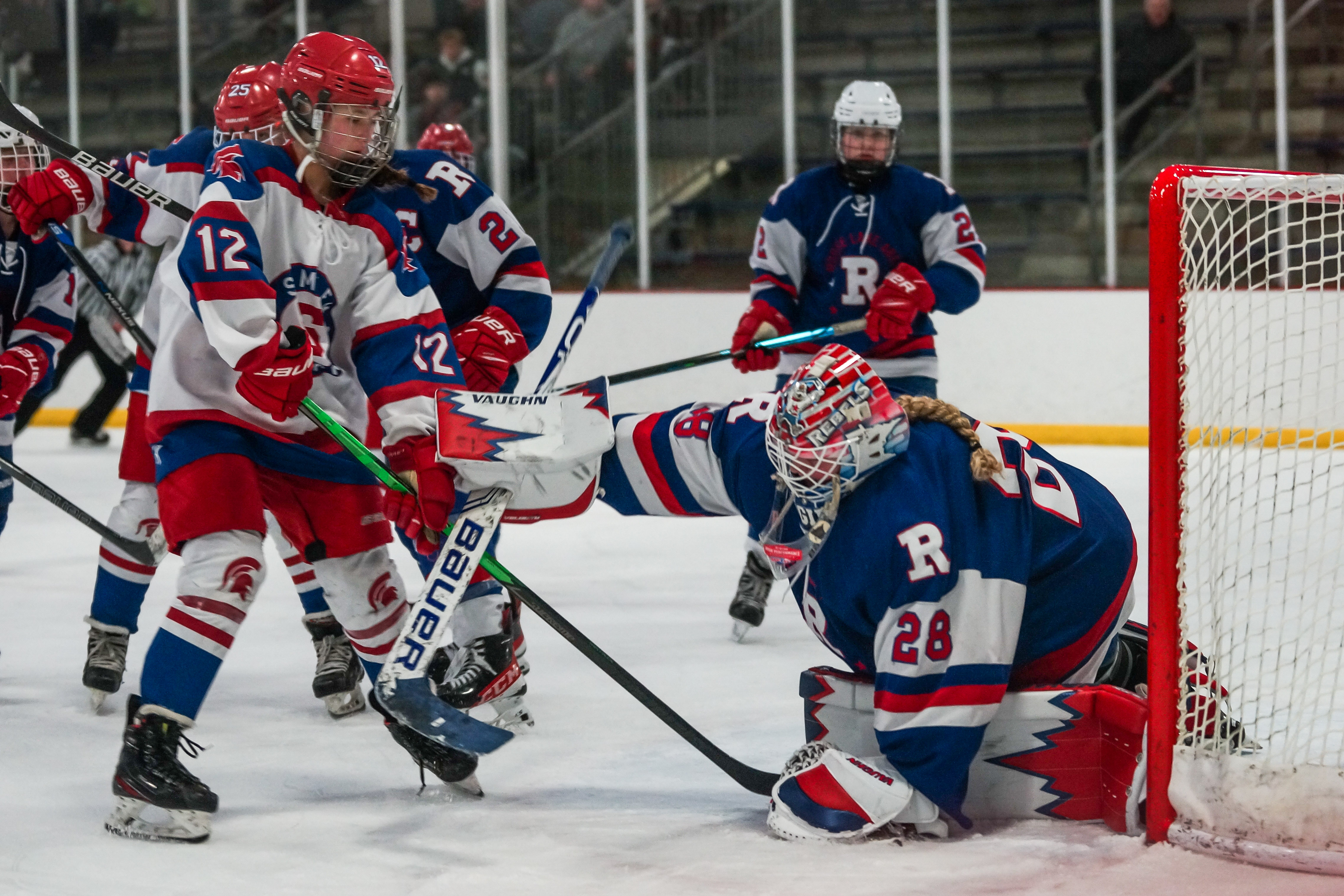 It was a performance that Simley head coach Tom Patnode could be proud of. His Spartans (18-4-1) gave a dominant show against the visiting Moose Lake Area Rebels (11-8-1). In a game that saw the Spartans put up 47 shots on goal, Simley’s star pairing shined. Senior forwards Mackaylan McGown and Ella Tuccitto helped lift the Spartans to a 6-0 win on Tuesday night.

McGown, the state leader in assists, grabbed three more on Tuesday, putting her tally at 49 for the season. First, she connected with Tuccitto, Simley’s leading goal scorer, late in the second period. That was the goal that seemed to push the game beyond a doubt.

But then McGown turned up the heat even more in the third period. She assisted twice more less than four minutes into the final period. The trio of McGown, Tuccitto and freshman forward Ella Sanders combined for four goals and six assists in the game.

On the other side, Moose Lake’s sophomore goalie Mallory Hartl did well to keep damage to a minimum. Hartl showed why she touted a save percentage of .938 on the season. She kept up with the Spartan pressure all night and made some key saves that helped her to a total of 41.

Simley has now extended its run to 16 wins out of their last 17 games. Meanwhile, Moose Lake falls further into its skid. The Rebels only have two wins in their last nine games as the season inches towards its end. 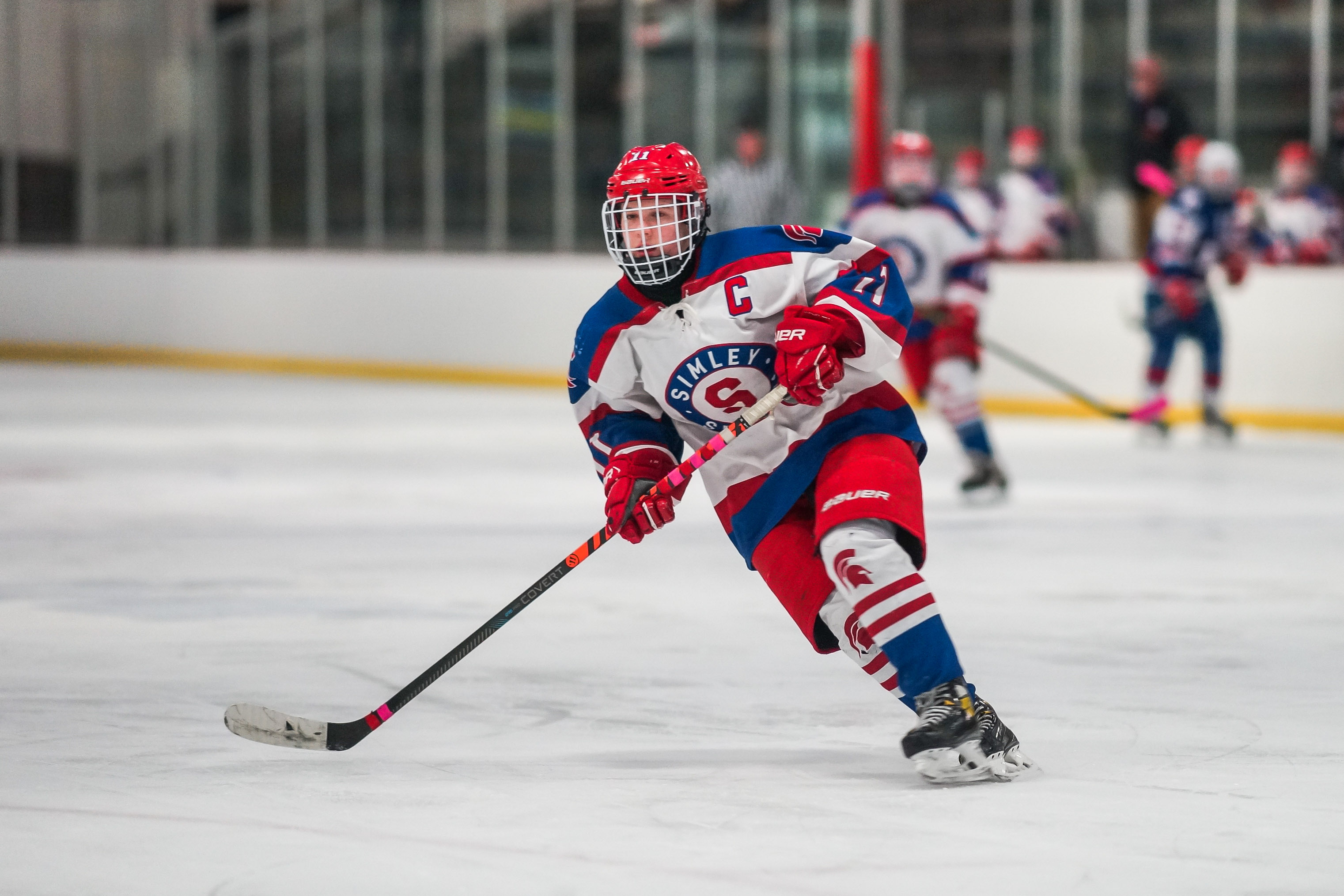