Lakeville North has made a habit of hitting stride as the state tournament approaches. 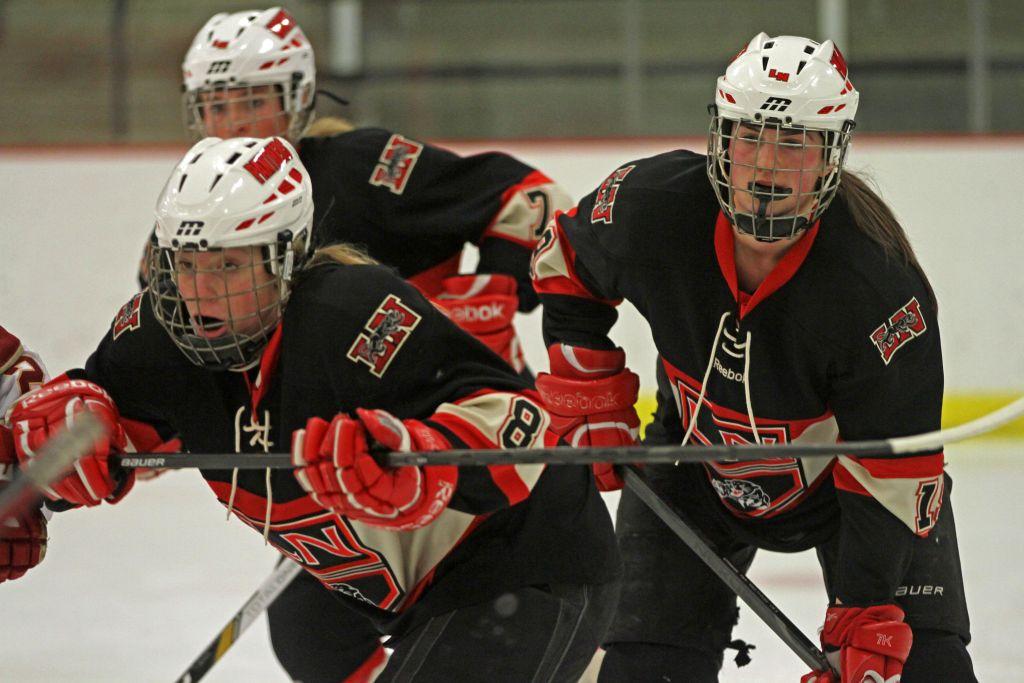 The Lakeville North girls' hockey program, as it seems to do every year, gets stronger and stronger as the season progresses.

"Each year we've been getting better and better," said Lakeville North coach Buck Kochevar, who has been the Panthers coach since the district split into two schools in 2005. "That's the way we wanted."

For the third time in the past four years, the Panthers find themselves in the Class 2A, Section 1 championship. Each time they have come away with a victory that put them in the state tournament.

"The past few years, this is when we have hit our stride," Kochevar said. "We are peaking again right now."

Lakeville North (19-6-2), the No. 1 seed and South Suburban Conference co-champion, will face third-seeded Dodge County (20-5-1) for the title Thursday at 7 p.m. in Owatonna.

"We are a better team when we are playing with a lead," Kochevar said. "When we get the lead, we are tough to beat."

"We are all excited about the chance to get back to state," said Joyce, the team's leading scorer with 48 points. "It's a plausible goal."

The ninth-ranked Panthers will have to pursue that goal without junior Dani Sadek, their top defenseman who broke her ankle crashing into the boards in the second-to-last game of the regular season. Sadek had 8 goals and 27 assists on the season.

"We are going to miss her," Kochevar said. "Dani is one of the top five defensemen in the state. She is worth three people on the ice."

Lakeville North will look to make up for her absence with the depth it has developed this season.

It has 10 players who have scored at least five goals. Six are in double digits.

"We are going to need to play with a lot of energy," Vetter said. "Making the state tournament is the ultimate goal."

In a matchup of South Suburban Conference opponents, league co-champion and top-seeded Eagan (17-9-1) will take on No. 6 seed Eastview at 7 p.m. Wednesday in Inver Grove Heights.

The seeds suggest this game is a mismatch, but that is hardly the case.

The two meetings between the schools during the regular season both went to overtime. Eagan won the first game 3-2. The second ended in a 4-4 tie.

Eagan is seeking its eighth state tournament appearance, while Eastview is looking its initial trip.

The Wingers won the first meeting between the two schools 8-2.

New Prague bounced back to win the second 4-3 in the middle of January.