The future Gopher's coach called her a "consummate leader," and her team's goalie noted her focus and "hunger." 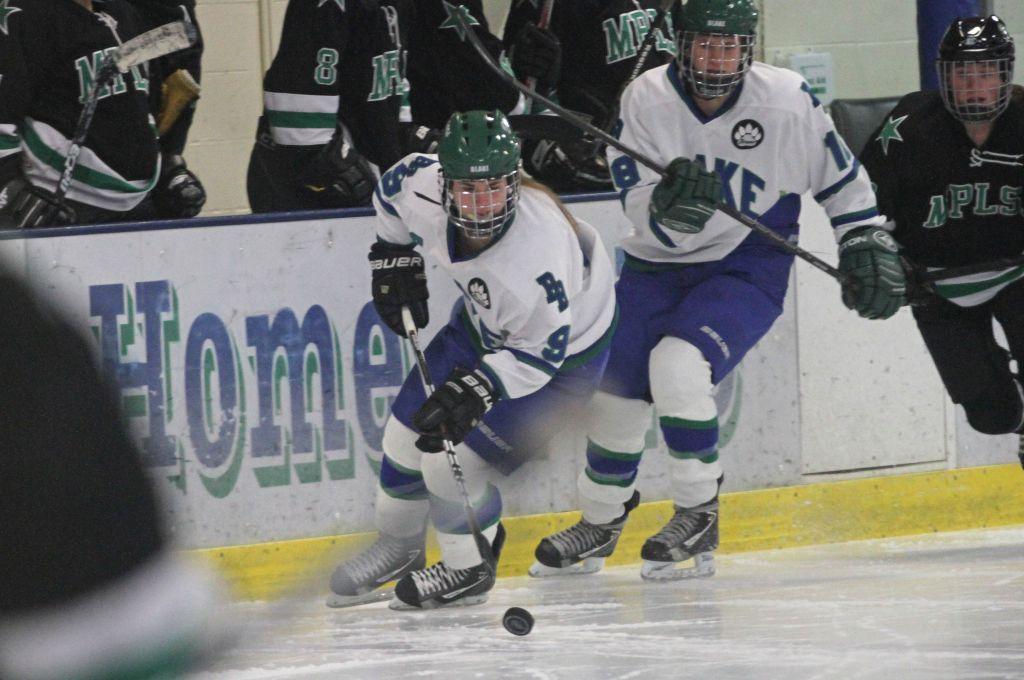 Dani Cameranesi has 198 goals and 163 assists, both program bests at Blake.

Votes for Ms. Hockey were tallied before Saturday, but several people stuffed the ballot box on Dani Cameranesi's behalf anyway.

Cameranesi, a senior forward, guided Blake to the Class 1A state title and drew raves from teammates, an opposing coach and a former Olympian.

"It's amazing," said Cameranesi, who was also selected Star Tribune Metro Player of the Year. "It's really satisfying to know my hard work through all the years paid off."

Cameranesi, who scored 57 goals and added 38 assists in 27 games, was selected from a group of five finalists. The others were Kate Flug (Roseville), Paige Haley (Red Wing), Sidney Morin (Minnetonka) and Kate Schipper (Breck).

One of four future Gophers among the finalists, Cameranesi will room with Flug and Schipper next season.

Minnetonka's Sydney Rossman, who anchored the Skippers' record third consecutive Class 2A championship, was named Senior Goalie of the Year.

The awards are based on votes from a panel of high school coaches and Division I and III college coaches from Minnesota and Wisconsin.

Cameranesi said she "froze" when her name was called. Her "cheeks were still sore from smiling so much" well into the afternoon.

The well-wishes began about 24 hours earlier. Blake coach Shawn Reid called Cameranesi "a consummate leader. In my mind, there's no question who is Ms. Hockey."

David Marvin, coach of Class 1A runner-up Warroad, concurred. Cameranesi did not play in the teams' December meeting, a 12-3 Warroad romp. She was in Finland, captaining the U.S. Under-18 team in world tournament competition.

"She proved today how good she is and how much she means to her team," Marvin said. "She should get a lot of credit for their championship run."

"She had a hunger for it," Johnson said. "Even in practices, she went on the ice every time with a purpose, and she played to get that goal."

Two-time Olympian Krissy Wendell, working as a television analyst throughout the state tournament, believes Cameranesi's best is yet to come.

"She's a stud," Wendell said. "She's going to do well at the next level because she plays all aspects of the game."