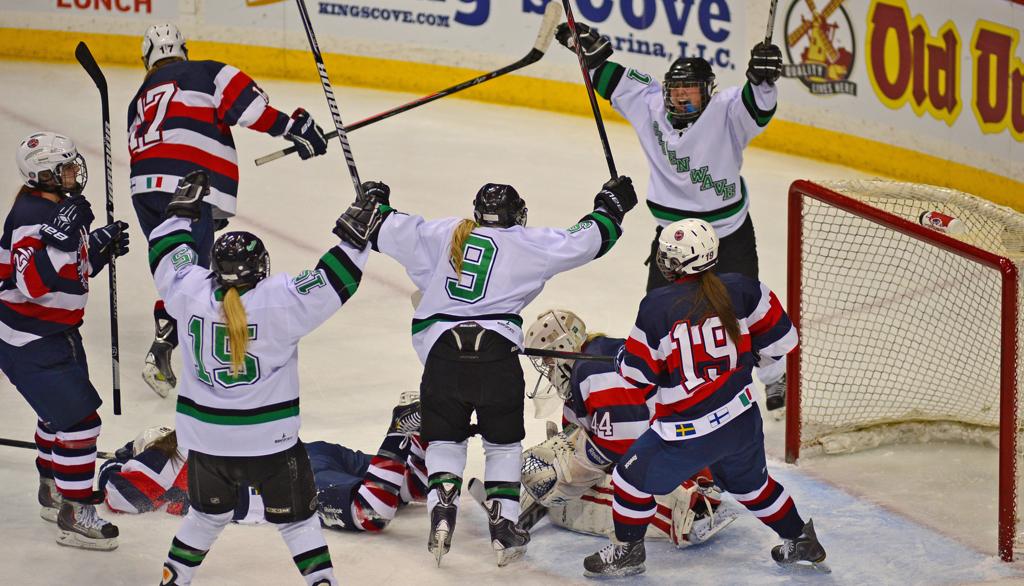 The Minnesota Girls Hockey Coaches Association has pushed for moving the Class 1A title game from a noon start on Saturday to be part of an evening doubleheader with Class 2A, which currently starts at 7 p.m.

The benefits would be improved fan attendance and, in turn, a better atmosphere for players, said Bill ­Halbrehder, coaches association past president. The goal, he said, “is to fill the bottom bowl” of the Xcel Energy Center by enticing fans to come early or stick around to “watch the best four teams in the state.”

There is plenty of room. The past five years, average crowds of 1,387 attended the Saturday morning 1A third place and championship games. The evening 2A session drew an average of 4,197 fans. There are about 9,400 lower level seats.

Halbrehder, part of the coaches’ advisory committee to the Minnesota State High School League, said, “We’re trying to promote growth and interest in the game.”

But the plan has stalled. Dave Stead, league executive director, said the consistency of an individual championship session for both the boys’ and girls’ is paramount.

Stead said the proposal, while “not dead in the water,” would require more data to be heard.

Shawn Reid, whose Blake team will play Saturday afternoon for its second consecutive Class 1A title called the evening doubleheader idea “fantastic” because “not as many people will be tuning in to the TV at 12 o’clock as opposed to at night.”

Xcel Energy Center had tiny clusters of fans and no bands for Friday’s first semifinal between Red Wing and Blake. Icy roads left Red Wing with a far smaller turnout than for Wednesday’s victory over New Ulm.

Blake had planned to bus all its students to Friday’s game before school was canceled. East Grand Forks’ crowd was comparable to Wednesday, with many fans staying in St. Paul.

The biggest of the Class 1A crowds came from St. Paul United, a co-op of Visitation and St. Paul Academy. Coach David Cole said the crowd was primarily made up of SPA ­students and would have been twice as big if Visitation hadn’t canceled school.