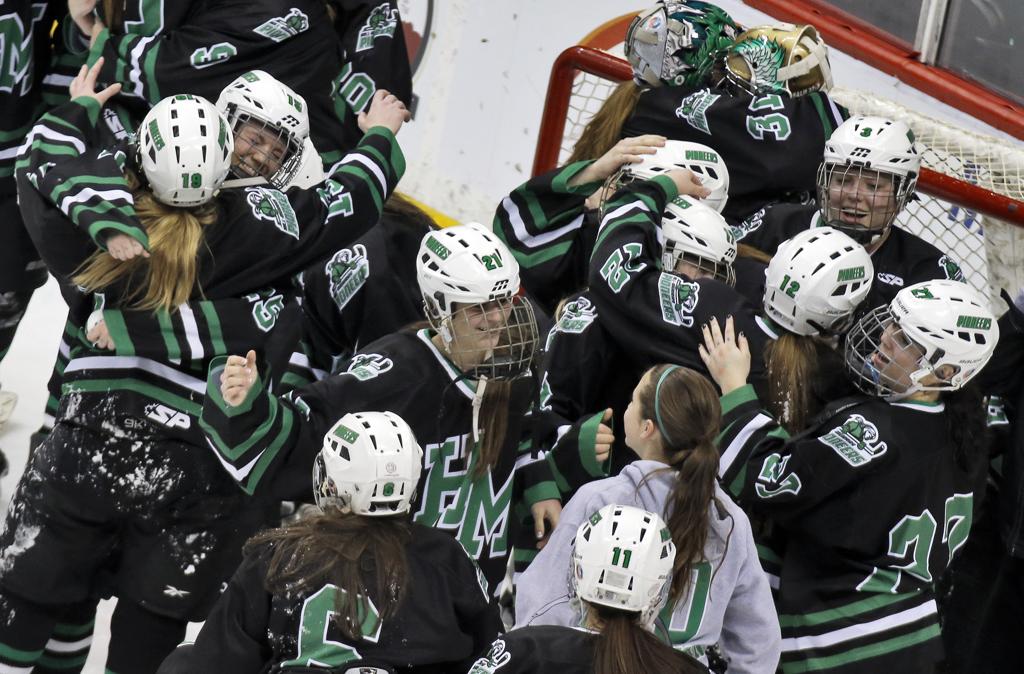 Junior Jess Bonfe shouldered the early sniper role, junior Leah Patrick made the clutch saves late and a couple of youngsters provided some timely goals along the way.

Early, late, young, old — yeah, Hill-Murray’s 5-3 victory over Benilde-St. Margaret’s for its first state girls’ hockey championship required contributions from most everyone — at all times — on Saturday night at the Xcel Energy Center in St. Paul.

Bonfe scored twice in the first period, the first goal coming on a rocket shot high into the net just 77 seconds into the game.

“That first goal … kind of sucked the wind right out of us,” Benilde-St. Margaret’s coach Dave Herbst said.

Bonfe added her second goal midway through the opening period to put the Pioneers ahead 2-0 and continued to pepper Benilde-St. Margaret’s goaltender Abigail Miller with high-velocity shots all game.

Patrick, who was stellar in the closing minutes, could relate to what Miller was facing.

“Practicing with Jess, she always has had a quick shot,” Patrick said. “So I definitely had to deal with that before.”

Patrick was well-prepared, then, to make two clutch saves late in the third, the first on a Kippin Keller breakaway with about 7 minutes left and the second on a one-timer by Caitlin Reilly with 5 minutes remaining. Patrick slid all the way across the crease and flashed her left leg in front of the one-timer by Reilly to preserve the Pioneers’ two-goal lead.

“If we had kind of an unsung or breakthrough type player this year, it would be Leah,” said Hill-Murray coach Bill Schafhauser, whose Pioneers finished second to Minnetonka last season. “She has been outstanding. It is a neat process to witness, to have a goaltender win over her team like she did this year.”

“It’s unexplainable,” Patrick said about the emotions of winning a state championship. “I can’t really put it into words. It just means so much, from just how hard we worked. It is just going to be unbelievable.

The No. 2-seeded Pioneers (26-3-1) won despite yet another command performance by No. 1 seed Benilde-St. Margaret’s (27-3-1) senior scoring star Kelly Pannek. A University of Minnesota commit for hockey, Pannek, also named Ms. Soccer in the fall, scored all three of the Red Knights’ goals. Two of Pannek’s goals came in the third period, but Benilde-St. Margaret’s never was able to cut its deficit to less than two goals.

Sophomore Jac Kaasa and freshman Linsey Featherstone scored in the second period for Hill-Murray, with both goals coming on second-chance opportunites. Sarah Bobrowski, a senior forward, added a third-period goal for the Pioneers.

Patrick finished with 22 saves, and Miller had 17.

“Holding” a player to a hat trick doesn’t seem like a winning strategy. Sure enough, though, it worked for Hill-Murray on Saturday night in the state Class 2A championship game at the Xcel Energy Center in St. Paul as the Pioneers beat Benilde-St. Margaret’s 5-3 despite senior standout Kelly Pannek scoring all three goals for the Red Knights.

“She is a great player, she is going to get chances, she is going to score probably,” Hill-Murray coach Bill Schafhauser said about Pannek, who led all players in the tournament with seven goals. “But we did what we had to do.”

Pannek, a dual sport star (she was named Ms. Soccer in the fall) who has committed to play hockey for Minnesota, scored late in the first period and twice more in the third. She finished the season with 41. 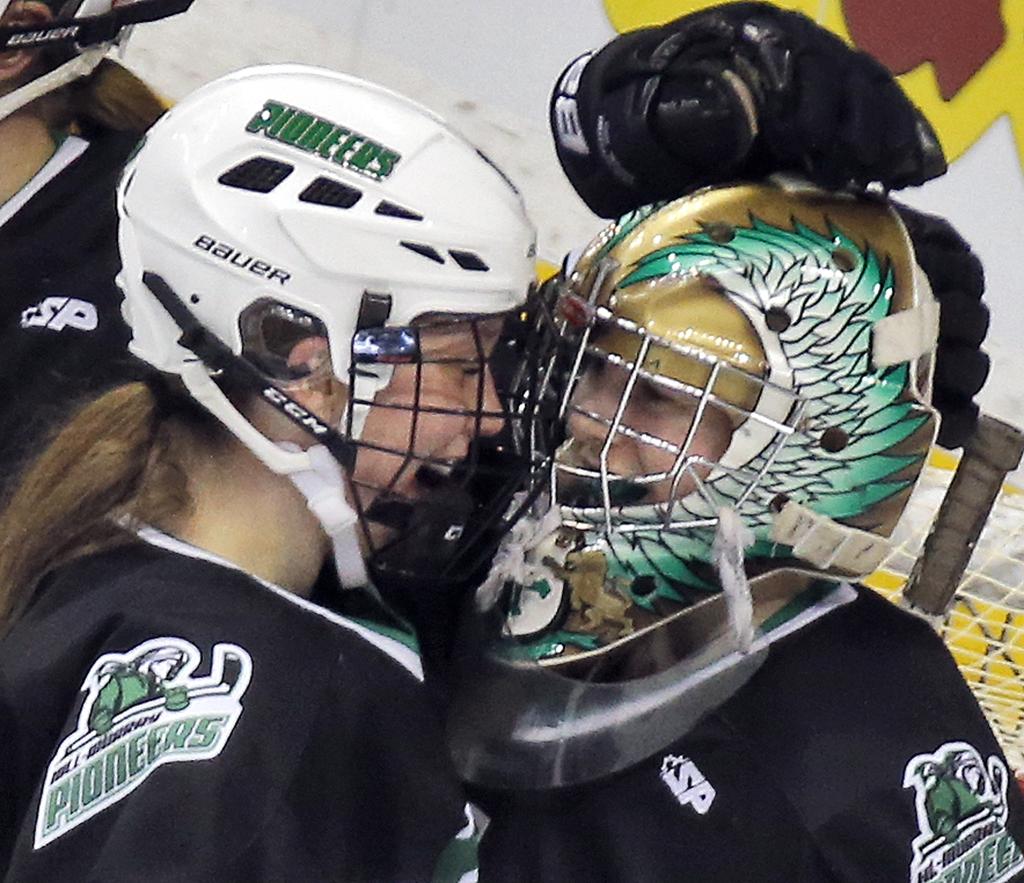