Notes: Lineup changes pick up the slack for Blake 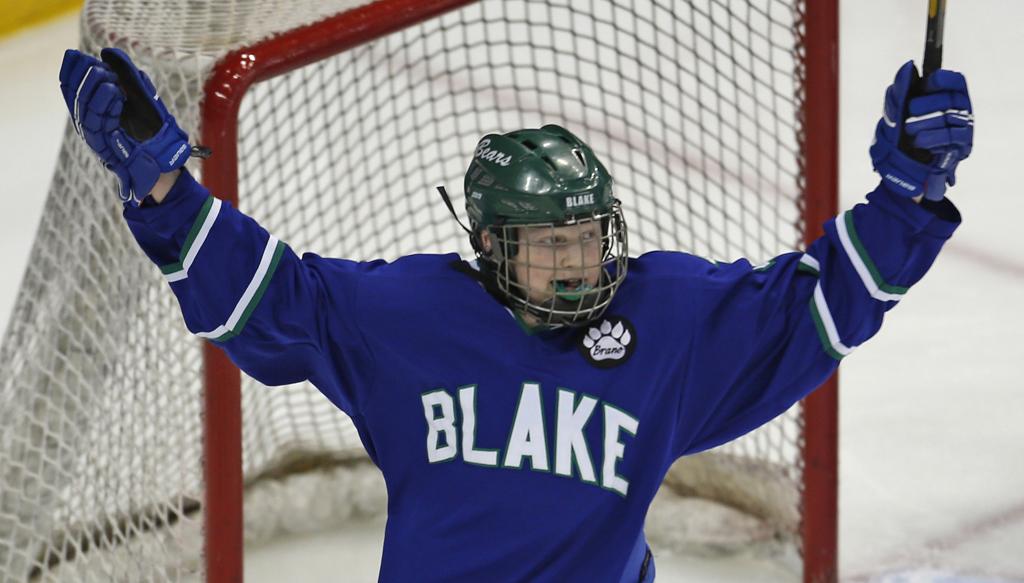 Blake forwards Karlie Lund and Jordan Chancellor heard their names announced before Saturday’s championship game but could not skate out to join teammates.

They stood together behind the bench. Lund’s arm hung in a sling to take pressure off a broken collarbone, while Chancellor sported aviator sunglasses because of light sensitivity after a concussion.

They scored a combined 43 goals in 28 games this season. But the news wasn’t all bad for these Bears. Their presence Saturday provided inspiration for Blake’s 3-2 comeback victory.

“They are leaders on our team and we knew that we wanted to play for them,” said Sylvie Wallin, who was moved from defense to forward in the second period to help generate offense and responded with two goals. “We knew they would have wanted to be on the ice and we took that into account.”

Both teams in the Class 1A title game appear poised for future success.

East Grand Forks had only four seniors on its roster, one more than Blake.

East Grand Forks sophomore sensation Haley Mack, capturing the feelings of younger players on both teams, said, “We going to come in next year with the same attitude, play to win and hopefully get back to state.”