Compared by her high school coach to Bo Jackson for her range of athletic talent, Park will play at MSU Mankato. 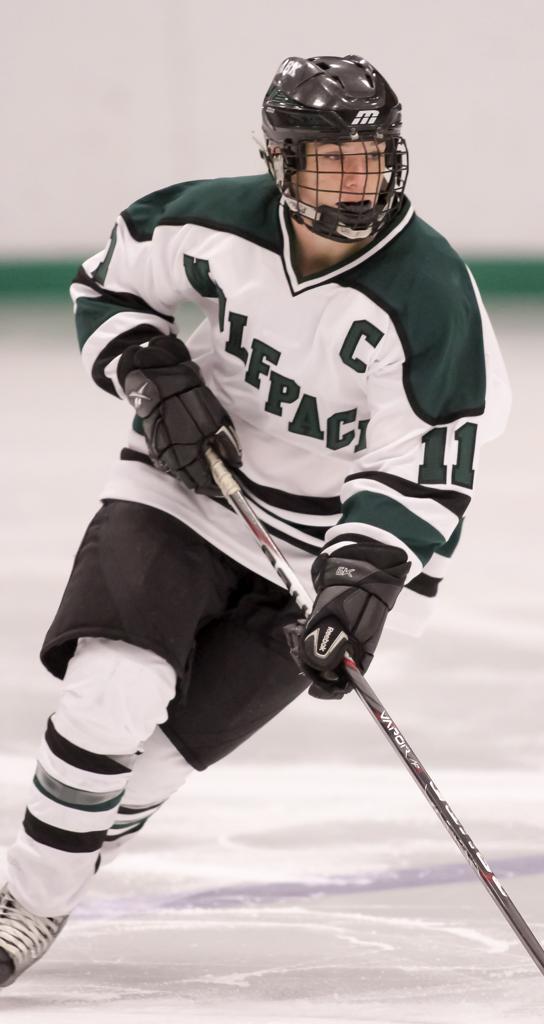 After missing her senior year of high school hockey because of a knee injury that called for months of tedious rehabilitation, Anna Keys returned to the ice for the first time this summer.

“I felt like I was never gone,” said Keys, who graduated from Park of Cottage Grove this past spring.

That’s good news for Minnesota State University, Mankato, which got a commitment from Keys before she sustained a torn ACL, a partially torn MCL and a torn meniscus in her left knee while playing soccer for the Wolfpack last September.

Keys, whom Park coach Steve Morse said would have been one of the state’s five best defensemen last season, is now preparing to head to Mankato on Aug. 20 for testing and her first practices with the Mavericks.

Should Keys be able to continue the upward trend she was on pre-injury, the Mavericks likely will consider themselves fortunate as well.

Keys was an all-conference selection in the Suburban East in 2012 and 2013 and a three-time USA Hockey national camp player. One of only five girls’ hockey players to earn a Division I scholarship from Park, Keys was the Wolfpack’s first player to earn a captain’s patch as a junior. She also won Park’s 2014 Athena Award, an honor schools gives to their top senior female athlete.

“There’s a reason for that,” Morse said. “It’s not just because she’s a great player. She’s a good citizen and a good teammate.”

“Anna would be one of the best players at Park in any sport — softball, basketball, you name it,” he said. “She’s an athlete by definition.”

Keys was a three-time all-conference golfer and one of the soccer team captains. But her first love is hockey, a sport that runs in the family.

Keys’ dad flooded a rink in the backyard and she started playing hockey at age 4. Growing up she played hockey with the boys until PeeWees.

Morse said he was disappointed he wasn’t able to see Keys play her senior year, saying she could have taken over games.

“It took a while to realize the damage [that] had been done to the team, mentally,” Morse said. “I underestimated it. It was a big impact. It gave some players a chance to fill some new roles. But you can’t replace an Anna Keys.”

Keys remained as captain and took the bench at every Park game and most practices last winter. The injury enabled Keys to get a partial internship; she’s leaning toward studying education and coaching in college.

“It was tough, but I got to look at the game a different way,” Keys said. “I got a coach’s perspective. It was hard not to play with my teammates, but it worked out. Everything happens for a reason.”

Morse said Keys’ time on the bench might make her a better player because she got a different viewpoint. Regardless, he said, Keys is built for the college game, where one individual doesn’t dominate a game like she can in high school.

“She’s going to do great in college,” Morse said. “Mankato got a real steal.”

Led by fifth-year coach Eric Means, the Mavericks are coming off a 13-23-1 season. The Mavericks have 12 incoming freshmen.