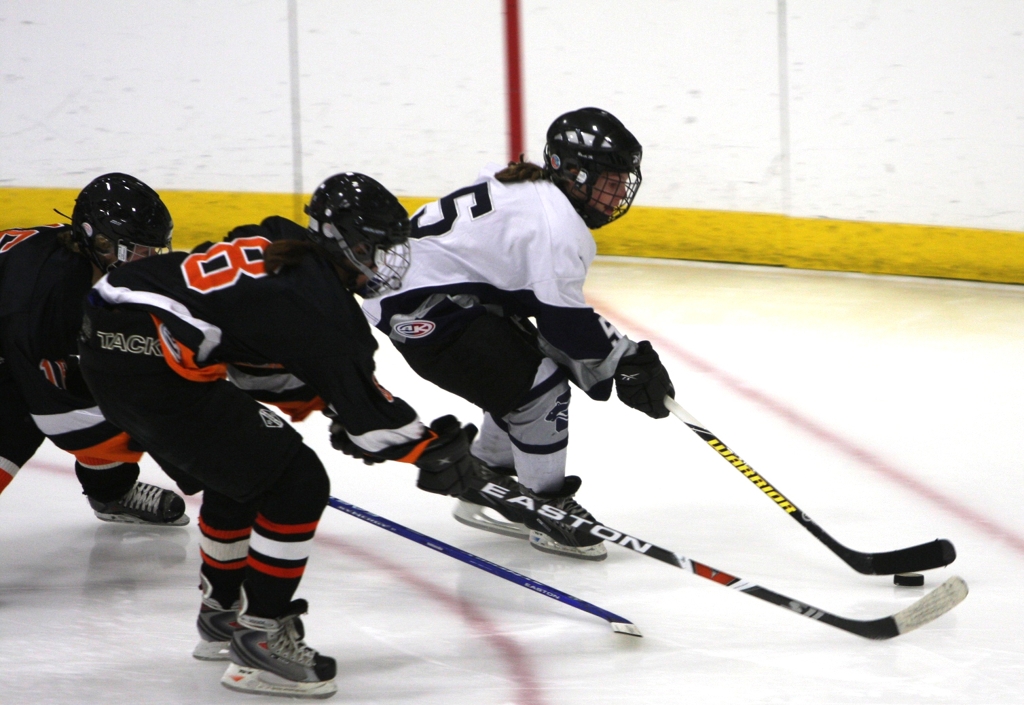 For a seventh-grader, Jessie Aney's accomplishments are dazzling and dizzying. After claiming second place in the Class 2A state tennis tournament this fall – beating proven high school juniors and seniors – the middle-schooler was recently named Sports Illustrated's Sports Kid of the Year. In her first varsity hockey game last month for Rochester Century, she scored five goals.

As a recent November afternoon settled into night, Aney, 12, was pausing just a minute at a coffee shop to chat before hitting a United States Tennis Association end-of-the-year awards dinner. But Aney had been on the run since before 8 that morning, getting up to stretch, throw around a football with her dad and wolf down breakfast before winning two doubles tennis matches and a grueling three-hour singles match. When she was done, she sprinted to the car and threw on her hockey gear while her dad drove to her hockey game – which she just missed, due to traffic.

For most, playing three critical tournament matches and a hockey game in one day is unthinkable. For this 4-11, 90-pound girl, the disappointment from not being able to do it all showed on her momentarily sullen face. Her father stood behind her, weaving her hair into a single, blond French braid – a pattern with as many folds as her life.

"Well, it's normal," said Aney, who has been called the Energizer Bunny, with a grin. "I don't really get tired. I think I've always been like that."

When Aney was 2, she first put on a pair of skates. Around the same time, she picked up a tennis racket.

Three years later, she was competing in both and would dedicate huge chunks of her life to her new passions: slamming a tennis ball against the back yard wall for hours at a time, and shooting pucks in the basement until her hands bled. At 7, determined to make the same traveling under-10 hockey team as her older sister, Aney would disappear downstairs for entire evenings.

"She came upstairs; her knuckles were bleeding," said her dad, Tom Aney. "I thought she was done, but she just said, 'Will you tape these up?' " He chuckled affectionately, as if he still couldn't believe it. "I told her no way would she make that team, but you know what, she did. I think she was down there trying to prove me wrong."

In elementary school, she would lug her dad to the Rochester Tennis Connection every morning before school, to hit around before rushing to class.

"She would meet me at the door as I was opening almost every day," Tim Butorac, the RTC director said. "And after school, she'd be there. Whenever her dad came by to talk, he'd tell her, 'Why don't you go hit a couple balls against the backboard.' An hour later, she'd still be there, and he'd have to drag her out."

If you ask Tom, nothing has changed. Jessie still smacks around tennis balls in the snow in the mornings, and spends weekends on the makeshift ice rink her dad built.

"You don't see that," said Jessie's hockey coach, Dan Maidl, of her unending drive and spirit. "No matter what she does, it's always 110 percent, 90 miles an hour. I've never seen her worn out or tired. ... And I think with kids, especially 12-year-olds, that's extremely rare."

Gifts beyond her years

During Jessie's run at the tennis state tournament this year, the young star happily plopped down at a restaurant, scooped up a pile of crayons and started coloring on her paper menu. Her coach, Kyle Anderson, had to laugh. "It's so easy to forget she's just a little girl," he said. "I was like, 'Wow, she really is a 12-year-old.' "

It is easy to forget sometimes. Aney is No. 15 in the USTA national rankings for her age group. The five-goal game in her varsity hockey debut led the Panthers to a 7-3 victory – a big deal for a team that won just three games in the previous four years.

The Sports Illustrated honor came last month, and with it a series of radio and print interviews. She attended the ceremony in New York City last week, where she met New Orleans Saints quarterback and SI Sportsman of the Year Drew Brees. He told her he wouldn't want to play against her in tennis.

At her sporting events, her aunt, Cathy Schilling will sit in the stands and just listen to the reactions from people who have never seen her play – "They just freak out," Schilling said.

But her dad said that through it all her feet have remained firmly on the ground. She doesn't try to read the papers or listen to her radio interviews. "For her, it's just something somebody asked her to do, and she did it, and that's that," Tom said.

In fact, when you ask Jessie to name the biggest compliment she's ever received, she pauses thoughtfully for just a moment before saying, resolutely, "When someone compliments me on my sportsmanship, because that's really the most important thing to me."

Her coaches echo the same, saying players that go on the court looking at a little girl come off full of respect.

"They're all just baffled," Anderson said. "They come off saying what an impressive player, and what a great sport she is. She can destroy you in a sport, and you'd still want to root for her." 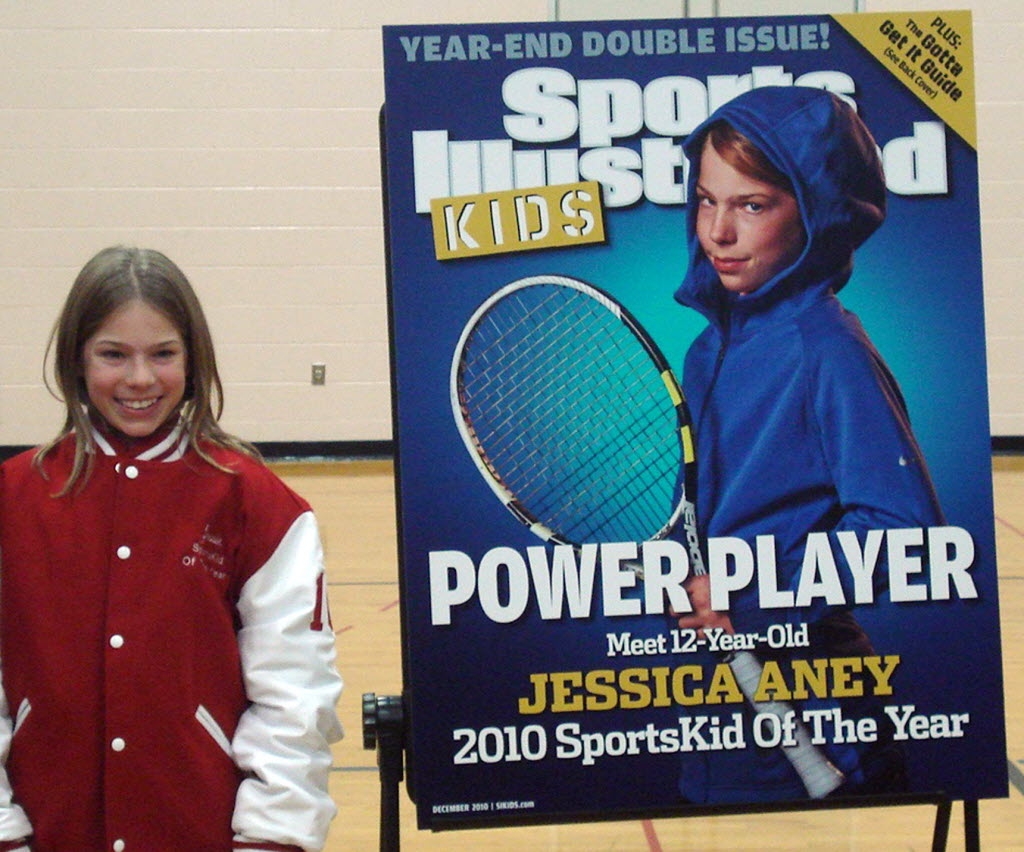