The Eagles' Naomi Rogge scored 1:20 into the extra session to give her team a 2-1 victory and a trip to the state tournament. 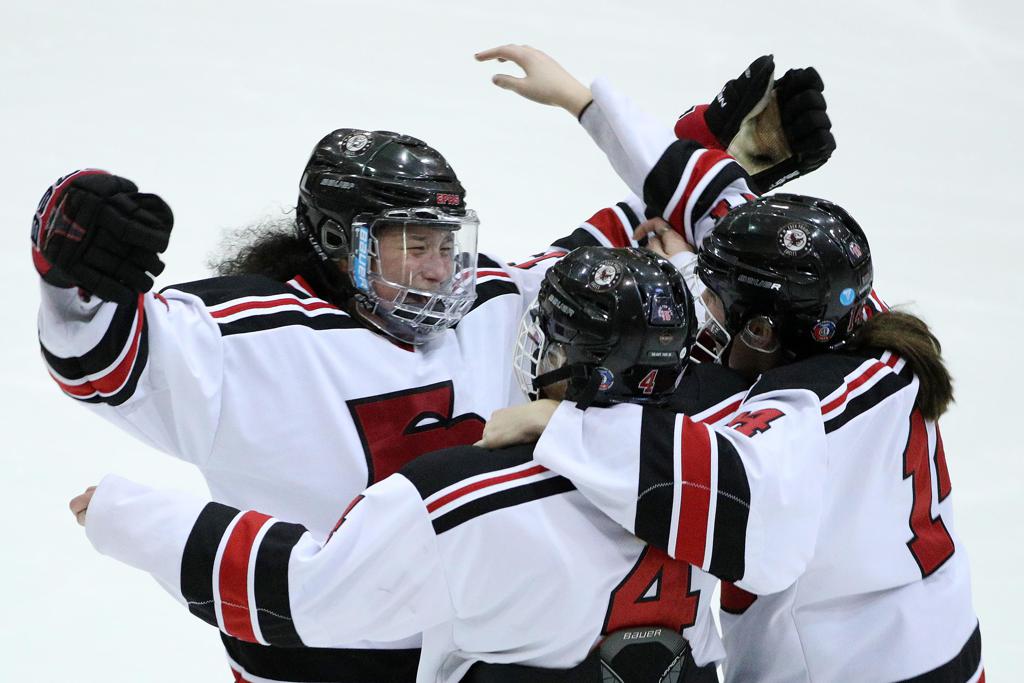 Eden Prairie senior Naomi Rogge plays forward in both hockey and soccer. She broke her wrist on the pitch this fall but her foot skills came in handy on the ice.

The No. 5 Eagles (19-6-2) won as Rogge kicked a loose puck to her forehand and buried the game-winner just one minute, 20 seconds into the second overtime.

“It was instinct, I guess,” said Rogge, recently named one of five finalists for Ms. Hockey. “You practice getting pucks from your feet to your stick as fast as you can.”

The defending state champion Eagles played No. 7 Minnetonka (14-10-4) to a pair of ties earlier this season.

The Skippers struck first as senior Sarah McDonell scored on the power play with 4:17 to play in the second period for a 1-0 lead.

“She was phenomenal tonight,” Minnetonka coach Eric Johnson said. “But they made a couple plays.”

The No. 5 Eagles (19-6-2) won as Naomi Rogge kicked a loose puck to her forehand and buried the game-winner just one minute and 20 seconds into the second overtime of the Section 2 final.

The Lake Conference foes played to an extra session in two previous games this season without a winner.

No. 7 Minnetonka (14-10-4) senior Sarah McDonell scored on the power-play with 4:17 to play in the second period for a 1-0 lead. But Eden Prairie eighth-grader Grace Kuipers forced overtime. Her tip-in with 2:23 remaining in regulation tied the game 1-1. 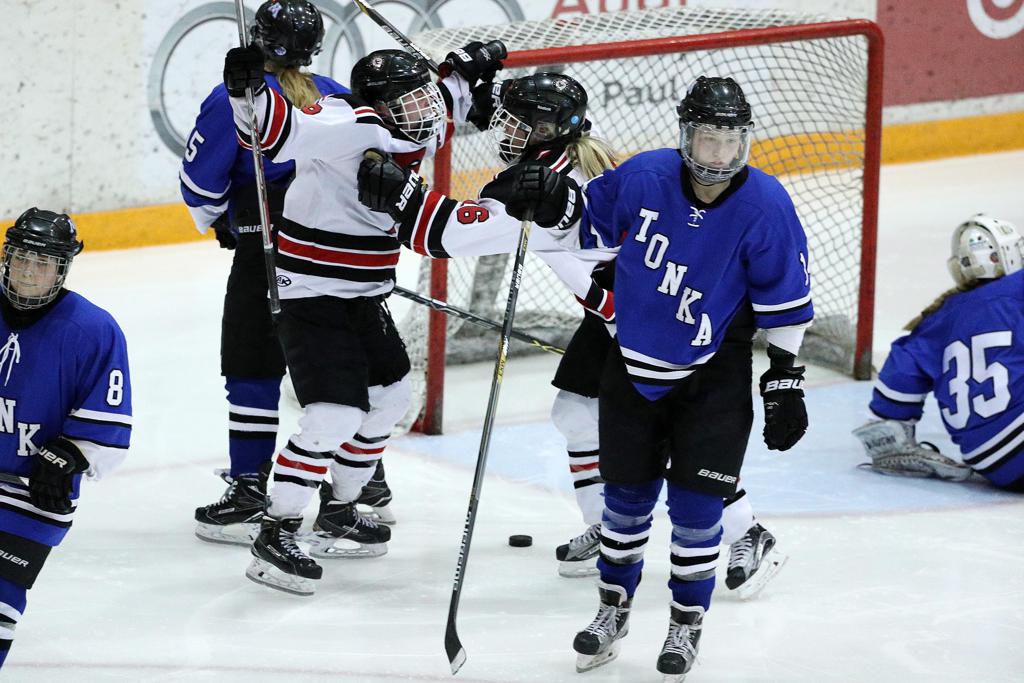