Twelve games are slated for opening day on Nov. 9, and none have the same draw as Edina and St. Paul United. 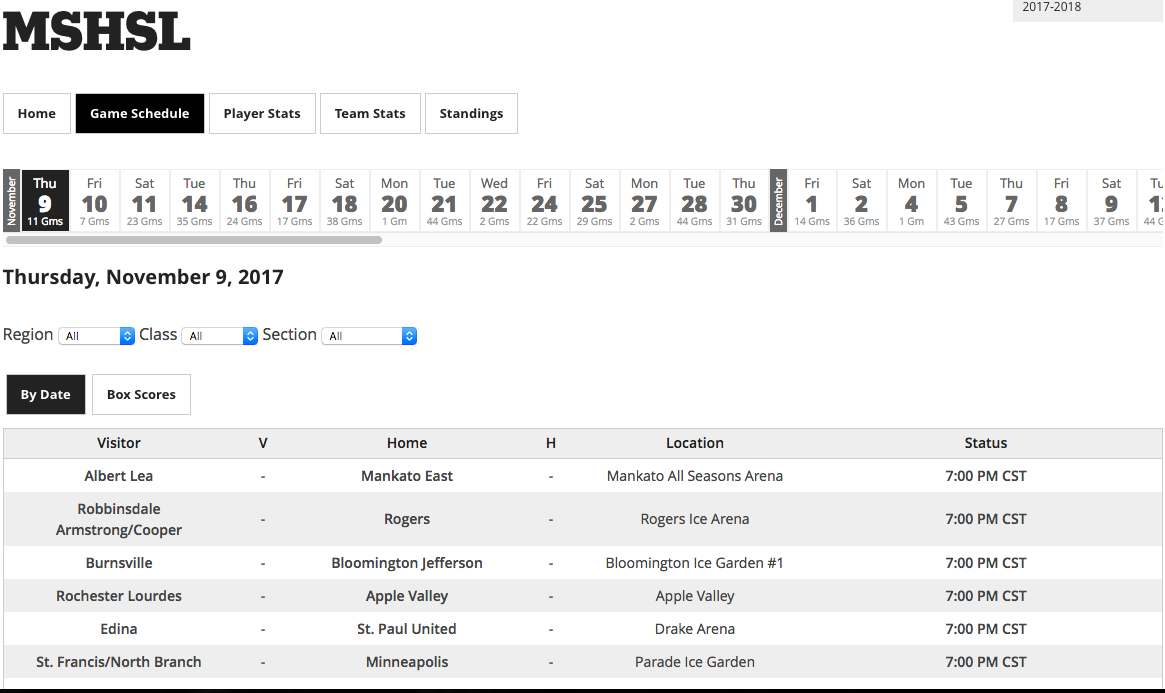 The Minnesota girls’ hockey season opens Thursday, Nov. 9, with 12 games on the schedule. None hold quite as much draw as defending Class 2A champion Edina’s meeting with Class 1A runner-up, St. Paul United, at Drake Arena in St. Paul.

A day later, a vintage rivalry ensues between Blake, which jumped to Class 2A after claiming its record sixth Class 1A state title last winter, and Class 2A prep power Hill-Murray. The season kicks into full-gear the following week as the Pioneers face Eden Prairie on Nov. 14, a marquee matchup among 33 other contests that day.

Blaine, which placed second in Class 2A, hosts Northwest Suburban Conference and Section 5 rival Maple Grove on Dec. 9 in a rematch of the section champion where the Bengals beat the Crimson 3-0 to advance to the state tournament. Roseau also has a rematch of the Class 2A, Section 8 finals against Brainerd/Little Falls on Dec. 15.

Last winter’s South Suburban Conference champion, Lakeville South, was a favorite to advance to the state tournament out of Class 2A, Section 1, but the Cougars were upset by Farmington, losing 4-1 in the section final. Those two teams meet in their second league meeting on Jan. 25 in a game that’ll be crucial for section seeding.

Click here to view the full schedule, or type the name of your favorite squad into “Team Finder” in the top right corner of the page for a specific schedule.

If your team’s schedule isn’t posted or needs updating, send the necessary information to scores@sportsengine.com.