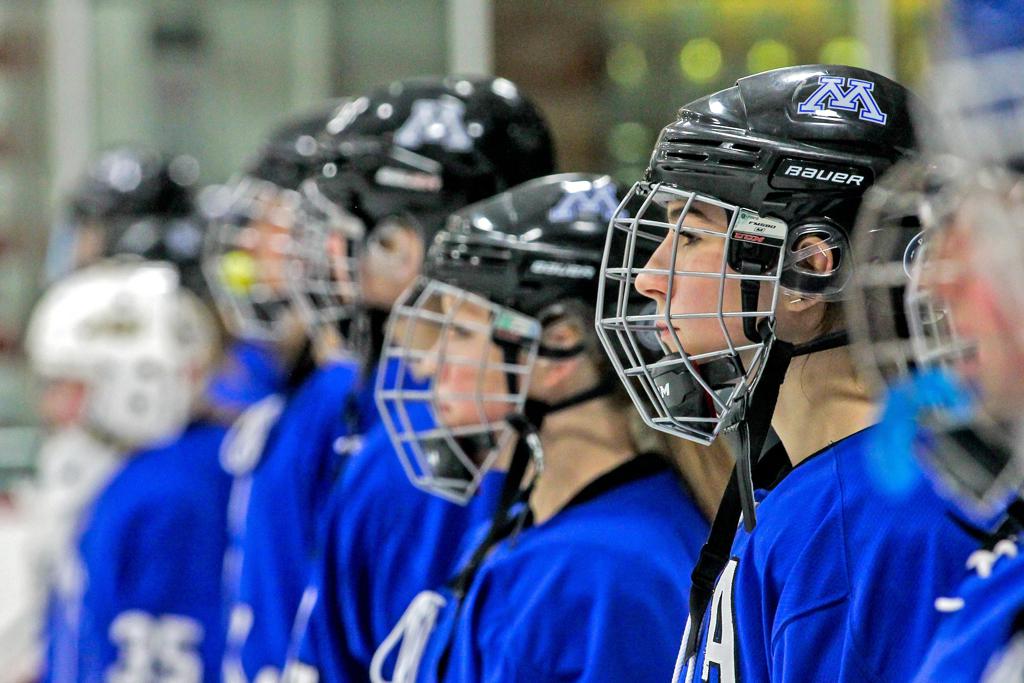 Brainerd/Little Falls 4, North Wright County 3 OT. Abby Pohlkamp scored at 4:49 in overtime to give the Warriors a win. Pohlkamp scored a pair of goals in the win, and teammate Cheyenne Abear had a goal and an assist. Goaltender Olivia King had 11 saves. MacKenzie Bourgerie had a strong game for North Wright County scoring a pair of goals. Teammate Sydney Lemke picked up her 16th and 17th assists in the game, and goaltender Anna LaRose was busy in net making 25 saves.

Hill-Murray 2, Blaine 1. Katie Kaufman scored the game-winning goal in the third period to give No. 4-2A Hill-Murray the win. Abigail Boreen had a goal and an assist in the win, and goaltender Ava Bailey stopped 24 of the 25 shots she faced. Brityn Fussy scored her fifth goal of the season for No. 8-2A Blaine. Goaltender Jaela O’Brien made 22 saves.

Centennial 3, Spring Lake Park 0. Emily Nadeau scored her seventh and eighth goals of the season in the win for No. 3-2A Centennial. Teammate Gabbie Hughes had a good game for Centennial contributing three assists. Goaltender Mackie Torma earned the shutout with six saves. Goaltender Sami Miller had a whopping 42 saves for Spring Lake Park.

Edina 3, Minnetonka 0. CC Bowlby scored her 22nd goal of the season for No. 1-2A Edina. Teammate Emily Oden also had a good game scoring and tallying an assist. Goaltender Megan Smith was perfect between the pipes stopping 18 shots. Minnetonka goaltender Abby Manlove had 20 saves.