Kaity McKenzie posted a 24-save shutout, helping the Packers to victory. 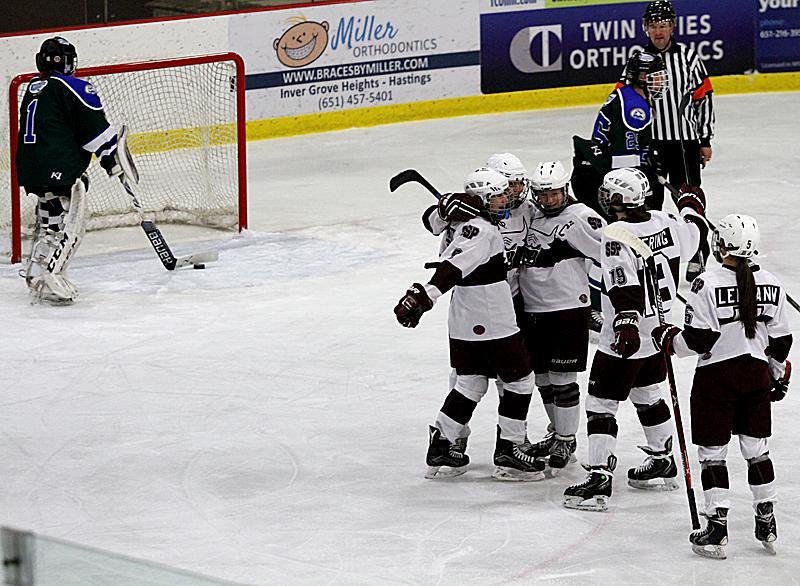 Kaity McKenzie doesn’t leave a lot of net to shoot at.

At 6-foot-3 — and taller in skates — the South St. Paul senior goaltender is an imposing figure in the crease.

In a tough penultimate game of the regular season, she came up big both physically and metaphorically, as the Packers, ranked No. 7 in the Class 1A coaches' poll, shut out No. 10-1A Proctor/Hermantown 2-0 at Doug Woog Arena on Friday.

One of McKenzie’s biggest plays came in stopping the Mirage’s Ashley Hanson on a breakaway in the second period. The Packer goalie came out in the crease and left little to shoot at, absorbing a puck into her midsection to make the save.

“I was like, ‘OK, let’s go, let’s go,’” McKenzie said. “I just rushed out there and because of my size, I know players get thrown off by it. I was hoping she’d just shoot right into me, and that’s what happened.”

McKenzie doesn’t just take up space, though. She moves well side-to-side, like she did in making some key pad saves in the third period. She drops down well, foiling any Mirage attempts to go low or five-hole on her. Basically, she does it all.

“For her size, she can move really well,” South St. Paul coach Dave Palmquist said. “On the breakaway, she came out about a couple feet above the crease and gave the girl nothing to shoot at.”

McKenzie fell in love with goaltending at an early age, wanting to follow in her father’s footsteps. And she’s always been tall.

“Yes. Very tall, very awkward,” she said with a laugh.

There was some natural talent involved in developing the quickness, but also a lot of hard work.

“A little of both,” McKenzie said. “Fundamentals was a really big thing I worked on when I was little — well, I was big, but when I was younger. Getting used to my long legs and being able to pick them up high enough to move side to side, it was tricky at first. But I got the hang of it when I was older.”

It was the 10th shutout of the year for the senior, who’s three away from the school record. McKenzie entered the game with a 1.32 goals-against average and a .938 save percentage, two numbers that improved following the win over the Mirage. Those efforts have helped make her a semifinalist for the Senior Goalie of the Year Award in Minnesota.

“She’s had an outstanding senior year,” Palmquist said. “It hasn’t just been one or two games. She’s shut out really good teams; Lakeville South, Proctor tonight. It’s against good competition. She’s earning them. She’s got a good team in front of her, but she makes us look good too.”

Next year, McKenzie will be at Cornell, playing NCAA Division I hockey. She said she fell in love with the campus and got along with the team on a visit, which solidified her decision. McKenzie plans to follow a pre-med track and perhaps come back home to Minnesota for medical school. Playing hockey might be the easy part of college for her.

“I know it’s going to be tough, but with an Ivy League education, I’m hoping I can go up to their standards and do well,” McKenzie said.

For now, she’s got more hockey to play for the Packers.

South St. Paul (18-5-2, 6-2-1) finds out its section seeding next week, while aiming for its first trip to the state tournament since this class of seniors were freshmen.

Proctor/Hermantown (13-12, 2-1) is a team with similar aspirations, so the Packers were pleased to get a quality win as the playoffs get set to begin.

“We weren’t expecting it to be an easy game,” McKenzie said. “We definitely wanted to win. I think it gives us a lot of confidence going into playoffs.” 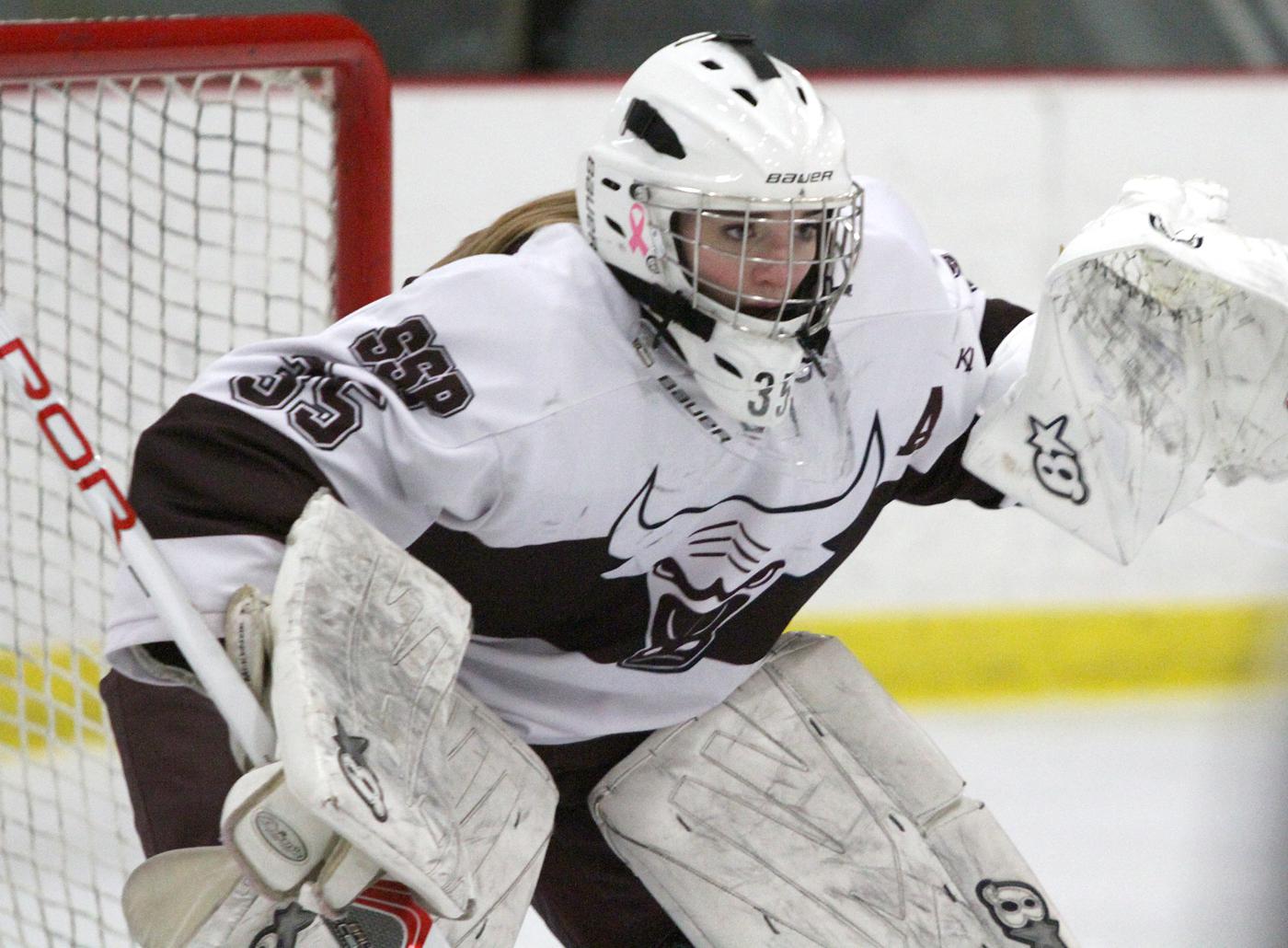 A two-goal first period was enough for South St. Paul to get a bit of payback against Proctor/Hermantown.

The Packers and Mirage faced off Friday in Doug Woog Arena, with South St. Paul, ranked No. 7 in the Class 1A coaches' poll, winning 2-0 home against No. 10-1A Proctor/Hermantown on the Packers’ senior night.

Bauston Lenarz batted a rebound out of the air for South St. Paul’s first goal, 8 minutes, 38 seconds into the first period. Gabby Madigan tipped a shot from the point in for a 2-0 Packers lead at the 13:56 mark.

Justice Rambaum, Makenna Deering, Brooke Deering and Brynn Sexauer each tallied an assist for the Packers (18-5-2, 6-2-1).

Proctor/Hermantown (13-12, 2-1) outshot South St. Paul 10-4 in the second, but couldn’t get a goal past senior goaltender Kaity McKenzie.

McKenzie made 24 saves on 24 shots for the shutout. Proctor/Hermantown’s Ryan Gray made 21 saves on 23 shots. 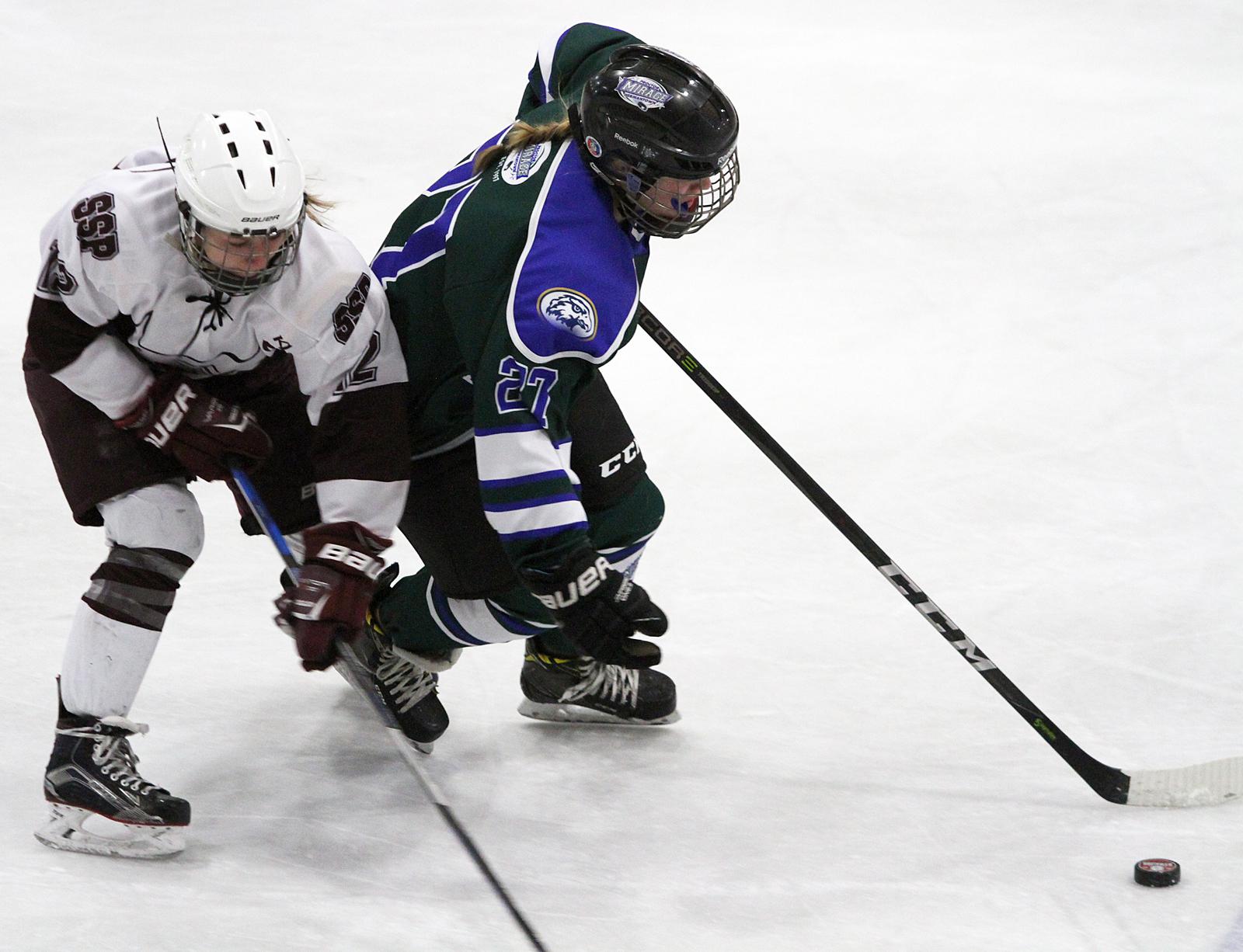