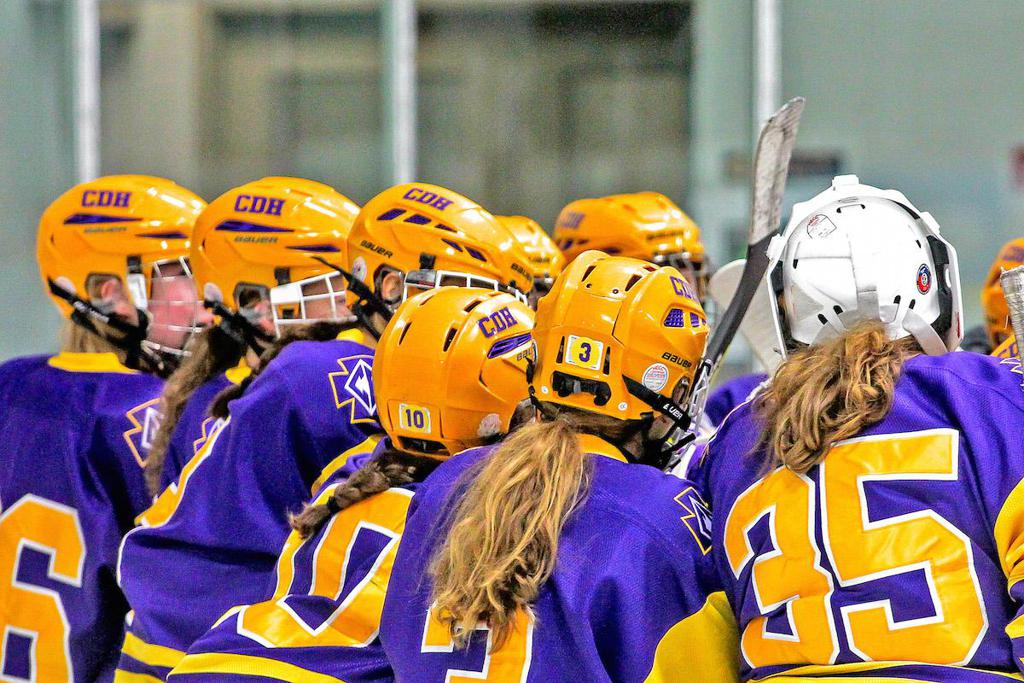 Lakeville South 6, Farmington 5. No. 2 Lakeville South scored three goals in the third period to make a comeback in the 1A, Section 2 championship. No. 1 Farmington put up three of its own goals to take a 5-3 lead heading into the third period. Lakeville South’s Emily Fischler played the hero as she scored the game-tying goal and game-winning short-handed goal. Teammate Libery Fettig also had a good night contributing a goal and an assist. Goaltender Lexi Baker made 23 saves in the win. Claire Enright provided the offense for Farmington with a pair of goals. Brenna Fuhrman also tallied a pair of assists. Goaltender Emily Auge stopped 20 shots.

Girls hockey: Warroad 4, East Grand Forks 1. Madison Oelkers and Genevieve Hendrickson both collected a goal and an assist for No. 1 Warroad in the 1A, Section 8 championship game. Goaltender Quinn Kuntz had a great game stopping 31 of the 32 shots she faced. Nicole Schlenk scored the lone goal for No. 3 East Grand Forks. Mckenzie Wahlen made 21 saves.

Girls hockey: Red Wing 4, Rochester Lourdes 1. A pair of goals in the first period and a pair in the second was enough for No. 1 Red Wing to earn the win in the 1A, Section 1 final. Taylor Heise got the scoring going right away for Red Wing scoring early in the first period with a power-play goal, and would later earn her second of the night in the second period. Heise finished with a pair of goals and an assist, and teammate Emily Hart also tallied a goal. Goaltender Tyler McGrath was almost perfect stopping 14 of 15 to earn the win. Maggie Hanzel scored the lone goal for No. 2 Rochester Lourdes. Goaltender Clare Brunn made 19 saves.