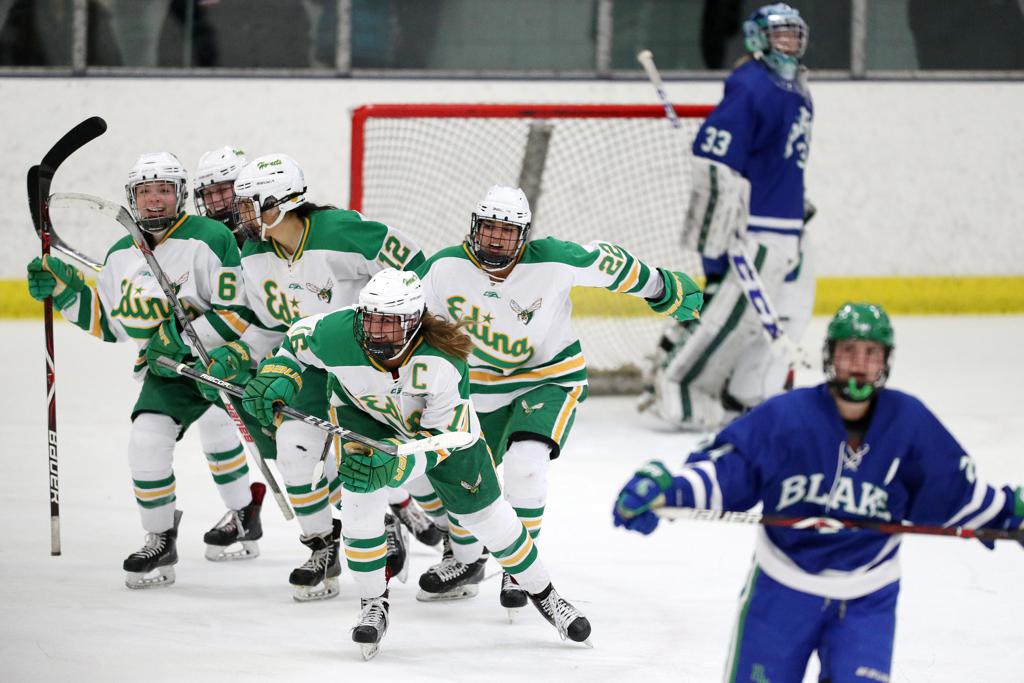 After winning its first girls’ hockey state championship last season, Edina is back as the No. 1 seed in Class 2A. The Hornets feature eight players with Division I college commitments, including Ms. Hockey candidates Lolita Fidler and Emily Oden.

No. 2 Centennial defeated Edina 3-2 earlier this season. Forwards Gabbie Hughes and Anneke Linser, Ms. Hockey finalists, are the top-scoring duo in Class 2A with 137 points.

Hill-Murray, the No. 3 seed, reached its sixth consecutive state tournament. Forward Abigail Boreen, who has signed with the Gophers, and defender Mariah Keopple (Princeton) helped the Pioneers beat Centennial 2-1 earlier this season.

Both of Edina’s losses came against potential tournament opponents, a reminder that once the puck is dropped, anything is possible. Beating No. 2 Blake in the Section 6 final was an important step, Oden said, but she acknowledged the need for improvement.

“The other seven teams in the 2A bracket all have a shot to win,” said Shawn Reid, who coached Blake to victories against four tournament teams. “Whoever is going to win it is going to have three very hard games.”